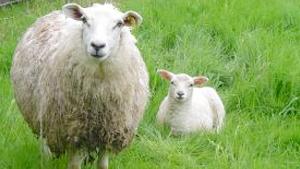 Of all the characteristics of a disciple, none is more basic than obedience. Jesus is emphatic on this point: “Follow me”1; “my sheep know me and listen to my voice”2; “only he who does the will of my father will enter the kingdom of heaven”3; and “when you have done everything you were told to do, you should say, ‘We are unworthy servants; we have only done our duty.’”4

Throughout church history, mature disciples have submitted to our Lord in humble obedience.

In the early 1940s, Andre Trocme served as pastor of a backwater Huguenot (Protestant) village in southern France. His life, and those of his parishioners, changed radically when the Nazi-controlled Vichy government took control.

Over four long years, Trocme and 3,000 villagers risked their lives by hiding 5,000 Jews, mostly children, and leading them to safety in Switzerland. What could possibly motivate these poor farmers to daily expose their families to Nazi reprisals for the sake of total strangers?

In a compelling historical account, author Philip Hallie struggles to find an answer. A secular American Jew, Hallie is struck over and over again by the villagers’ simple responses – they were merely obeying Jesus. As his disciples, they saw no other option.5

A second exemplar is also grounded in World War II. As the war was about to expand in 1939, friends of thirty-three year old Dietrich Bonhoeffer hustled him out of Germany. For the next month, safely in America, Bonhoeffer anguished over his calling, his sense of discipleship.

Only two years earlier, Bonhoeffer had penned his now famous book, The Cost of Discipleship. In it, he wrote: “Jesus knows only one possibility: simple surrender and obedience . . . faith only becomes faith in the act of obedience.”6

Despite learning that a leading German pastor had just been beaten to death, Bonhoeffer felt called to return home. A mere five weeks before the Nazi invasion of Poland, he re-entered Germany. Over the six next years – before his martyrdom – the Lord used him to build up the German church and to undercut Nazi evil.7
A final example of obedient discipleship involves a young American, Adoniram Judson. In 1813, at the age of 25, Judson received a clear call to be a missionary to Burma (today known as Myanmar). Obediently, he assembled a team of students.

But hardships waited at every turn. The youngest member of the team – a mere 17 years old – died en route. Shortly after landing in Rangoon, Judson lost all of his donors over a denominational issue. Suspected of being a British spy, he was thrown into a “death prison” where he was hung upside down in leg irons every night for a year. Then his wife died.

During his four decades in Burma, Judson led twenty-five Burmese to the Lord. Perhaps only ten of these displayed a real living faith. Over this time period, he also buried two wives, six children and eleven co-workers. Yet, even during these difficult times, Judson obediently persisted. He did not walk away.

God cares not a fig for our success. What he craves is our obedience. When we follow Jesus, we squarely place ourselves on the pathway of the cross. As his followers, we echo his prayer in the Garden of Gethsemane: “Not my will, but yours be done.”8

Our call is to faithfulness, not outcomes. Cotton Mather prayed several hours every day for twenty years, but didn’t live to see the Great Awakening. William Wilberforce fought to end slavery in the British Empire for half a century, but lay on his death bed as Parliament enacted the legislation.9 Adoniram Judson didn’t live to see the six million Burmese who eventually came to faith as the result of his long obedience.

Just so, we in InterVarsity will continue to be true to God’s call for our mission – to plant, build, and share the Gospel on campus. Whether successful or not, we will obey our Master. Whether welcomed or rejected, we will submit to the will of God. That is what disciples do.

My thoughts could easily conclude here, but I simply can’t resist sharing some marvelous quotes from several great saints. Be blessed!