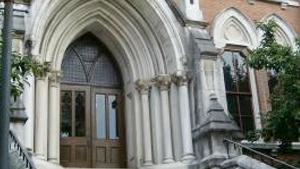 The leadership of Vanderbilt University has decided that several campus Christian organizations, including InterVarsity’s Graduate Christian Fellowship, should be placed on provisional status until coming into compliance with Vanderbilt’s nondiscrimination policy. The policy, as it currently stands, would prohibit a Christian organization from using any religious criteria when selecting leaders.

We believe such a policy not only flies in the face of common sense but is also contrary to the spirit of the Freedom of Religion protections in the First Amendment to the U.S. Constitution.

InterVarsity is asking for prayers that Vanderbilt will change its position and allow religious organizations to choose leaders who believe in the principles and beliefs of those organizations. A Town Hall meeting will be held on the Vanderbilt campus on Tuesday evening, January 31, 2012. University officials will explain how the nondiscrimination policy will be applied to student groups at that time.

More information about the Vanderbilt situation and this issue in general can be found at our website at http://www.intervarsity.org/campusaccess.

UPDATE: Vanderbilt's Board of Trustees is meeting February 9-10. Please be in prayer for the Trustees, that they will decide to overturn the nondiscrimination policy as it affects campus religious groups.