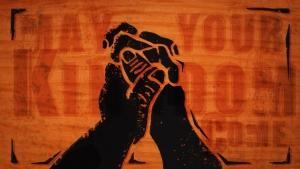 It’s been a heavy week.

We are both lamenting the death of Alton Sterling in Louisiana and the death of Philando Castile in Minnesota, both killed at the hands of law enforcement.

We are both also lamenting the deaths of Brent Thompson, Patrick Zamarippa, Michael Krol, Michael Smith, and Lorne Ahrens, the five police officers killed by a sniper in Dallas while they were protecting protestors.

And we are lamenting again the longstanding existence of racial conflict in the U.S.—the sinful physical, emotional, and mental abuse African Americans, in particular, have suffered under since our nation began; the often volatile relationships between law enforcement officers and communities of color, and the fear that exists on both sides; and the frequent silence of the church on issues of systemic racial injustice.

But there are no simple analyses or solutions, both because of the long history of racial conflict and because of its many layers. Violence, we know, will never be part of the solution. As Martin Luther King Jr. said, “Violence never brings permanent peace. It solves no social problem; it merely creates new and more complicated ones.” The solution we long for is God’s justice—true, lasting justice, of which violence has no part.

The problem resists our desire for black and white clarity, however. It demands both/and thinking, rather than either-or thinking, and reflects the human paradox: we are all God’s image bearers and sinful humans simultaneously. We have sinned in what we’ve done, and in what we’ve left undone. And it will take God bringing both personal transformation of hearts and major transformation of systems and structures for lasting change to come.

Yet, in the midst of all the answers we don’t know, here’s what we do know. As the current president and president-elect of InterVarsity, we care deeply about the gospel and the increasingly diverse college and university world. InterVarsity’s ministry reflects that diversity: over 54 percent of our students are non-White Americans, and we have had consistent growth in the number of Black staff and students. Last week the two of us welcomed 19 new Black staff members into InterVarsity at our annual Orientation for New Staff in Madison, Wisconsin. They join 94 Black staff members and over 5,300 African American students involved in InterVarsity chapters all over the U.S. And we know, as we’ve listened to staff and student stories, that any of these bright, eager, gifted young men and women could have been the ones killed this week.

That’s why we’re committed to standing with our Black brothers and sisters and co-laborers in the gospel—listening to them, learning from them, and lamenting with them over the structures and systems that keep them living in fear for their lives, both on campus and off.

We’re also committed to continuing to develop students and faculty who understand what it is to be God’s image bearers in a fractured, violent world—to be bearers of his dignity, grace, peace, truth, and justice in their relationships and vocations. Our Black Campus Ministries staff model this so well for students; we’re often amazed at the ways they are able to shepherd and disciple hurting students while they themselves are also in deep grief.

Our vice president and director of Multiethnic Ministries, Paula Fuller, says, “One of our greatest challenges in times like these is the ability to hold on to hope. As I interact with our Black staff and students, I see the level of pain and trauma they’ve experienced. I also see their capacity to grapple with the brokenness of society while holding onto the power of the gospel. As we enter a new season for Black Campus Ministries, and the appointment of Charlene Brown as our new director, I see a generation of leaders who can help InterVarsity envision a path that moves us beyond engaging racial tension to challenging racial injustice. As Martin Luther King Jr. said, ‘True peace is not merely the absence of tension; it is the presence of justice.’”

The presence of justice is not a Black and White issue. In addition to African Americans, Native Americans, Asian Americans, and Latinos have also experienced suffering at the hands of unjust structures. It will take all of us—people of all ethnicities and denominations—praying and taking action as God leads to see his kingdom come and his will be done in relationships and systems in the United States.

If you’re new to the journey, here are a few voices you might start your listening and learning with:

As the two of us lament and continue to learn from others, we’re praying big prayers too, asking God to bring his mercy and justice—quickly. Will you join us in that prayer? And then, as God leads, in partnering to see and work for his answer?

Lord, may your kingdom come and your will be done, on earth as it is in heaven.