The Redemptive Power of Suffering 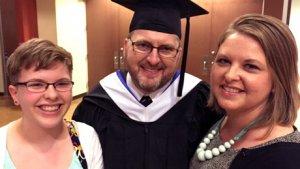 “I could feel myself dying.”

Reid Satterfield lay on the floor of his mud hut, feeling the life bleeding out of him. He had already tied a tourniquet of sorts on his friend Erik’s arm, whose artery had been severed by a bullet wound. But now Erik had passed out and Reid was left alone, with no one to tend the gunshot wound to his shoulder and medical help four hours away. Surprisingly, he felt a tremendous peace about dying.

Then the Lord spoke to Reid: “You’re not going to die. Ask me to stop the bleeding.” Reid asked, and within moments, the huge wound clotted itself.

This was not Reid’s first experience with suffering as a missionary to the Aringa people in Uganda. He and April, his wife, had moved to Uganda in 1999 and then into an Aringa village just after Easter in 2000. But Reid had spent two to three of their first eight months there in bed with malaria.

Through Reid’s sickness, God had begun to teach them more about the Aringa people’s second language: suffering. A villager said to April one day, “The village has decided that you and Reid love us because you have not left.” Suddenly Reid’s suffering had a purpose, as difficult as it was to endure.

Read the rest of this story about InterVarsity alumni Reid and April at urbana.org.