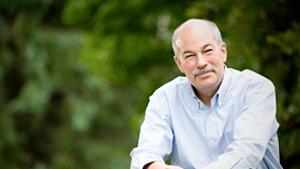 Ours is a pluralistic society where various cultures, ideologies, and religious perspectives vie for attention in the marketplaces of ideas. Historically, the university campus has been a place where robust pluralism is most evident. It is a tragic loss that one of those voices — orthodox Christian faith — is now being muted.

InterVarsity has been down this path before. Nine years ago, our Rutger’s chapter was derecognized because we insisted that our student leaders be maturing followers of Jesus. For six months, we appealed to the university to reverse its decision. As a last resort, we filed suit, an unprecedented action for the Fellowship. Thankfully, the Rutgers’ administration changed its position and the matter was agreeably resolved out of court.

Over the next decade — a prelude to the more intense challenges to come — our chapters were threatened at nationally recognized schools such as Georgetown, the University of Wisconsin, and Grinnell College.

In June, 2010, the legal framework within which we operate was altered. In a five to four decision, the US Supreme Court ruled that public universities may enforce “all comers” policies that require recognized student groups to be open to student leaders of any persuasion. This means, for example, that sororities can be required to accept male leaders and socialist clubs to accept republicans. While the ruling was adverse, many of us hoped that the narrowness of the facts would limit its damage.

Over the past twenty months, however, 41 colleges and universities have used the Supreme Court’s decision to challenge our chapters’ status. And at this moment, the two hottest spots are Vanderbilt and the University at Buffalo of the State University of New York (SUNY).

As followers of Jesus, how ought we respond to such conflicts? Should we be silent and passive? Or aggressive and loud? Is there a pathway that rejects both these extremes?

Our Approach Towards Those Who Disagree with Us

In his Sermon on the Mount, Jesus teaches us to pursue poverty of spirit rather than pride; meekness rather than self-assertiveness; kindness rather than meanness; reconciliation rather than acting as cultural warriors. Further, he counsels us to expect insults as a normal part of our lives. When we stand for truth and holiness, we should expect rejection.

It pleases me no end to observe the Christ-like responses of our student leaders, faculty advisors and staff towards university administrators and student body officers. Instead of being hostile, our chapters build relationships. Instead of being paranoid, they dwell in the Lord’s sovereignty.

The following letter from our student leaders at SUNY-Buffalo to the Student Association illustrates the point:

We love being a part of student life, and the reason for InterVarsity’s presence on campus is to share the love of Jesus Christ. Being a part of the Student Association enriches our club and allows us to be a part of student government, allowing us to in turn contribute to the diversity and wellness of the campus.”

In obeying Jesus’ mandate to love those who don’t love back, our students are praying for those who threaten the chapter’s very status on campus. Their response is remarkable.

I also applaud the reflective work being done by our students. Before challenging university authorities, they follow Jesus’ admonition to first remove the planks from their own eyes. Recognition of fallenness and fallibility provides the right entrance posture into difficult conversations.

Campus access difficulties present ready-made discipleship opportunities. As our chapter leaders look into their own hearts, they learn to count the cost of following Jesus and experience the lonely pain of standing for truth.

Historically, the academy has been dedicated to the search for truth. The long-standing definition of pluralism encouraged divergent groups to pursue this aim in different ways. As Tish Warren, one of our staff at Vanderbilt, recently wrote in the student newspaper:

“Our social responsibility in a diverse university is to protect and preserve ideas, not only one’s own ideas or popular ideas, but all ideas that are peacefully and thoughtfully expressed.

I’ve seen this lived out beautifully these past months as students and campus chaplains — despite real differences in belief and practice — have met, dialogued, and sought together to preserve liberty on campus for all student groups.

This is the promise of pluralism — that communities can have opposing ideologies yet not silence one another, but instead learn to live as neighbors and, more radically, as friends.

In the Book of Acts, we find models of how the Christian community is to respond to the surrounding culture. The best example is the apostle Paul who loved those who opposed him, but was not weak; who strove for humility, but did not flee difficult situations.

Acts recounts three occasions where Paul employed his civil rights as a Roman citizen. First, in Acts 16, after being released from an unjust imprisonment, he did not timidly shuffle away. Rather, he insisted that government officials come to the prison and publically acknowledge his rights. Why? To ensure that after he left town the church would not be taken advantage of by local authorities.

In a similar vein, our student leaders at SUNY Buffalo have taken a courageous stand. Responding to a request that they change the chapter’s constitution, they wrote:

“We have decided to retain our current constitution. This course of action was agreed to by a large majority of our members. Our constitution contains provisions that require current and future leaders to subscribe to our doctrinal basis and purpose statement. We believe these provisions allow us to select leaders who best uphold the integrity and identity of our club. By holding standards about the leaders who will represent our club, we can distinguish our club from other clubs.

It is by the same token that all other clubs are able to maintain their identity and uniqueness. We simply wish to reserve the right to ask our leaders to maintain our standards.

This will ensure that InterVarsity remains InterVarsity in the years to come and that the core of our beliefs, as well as the tenacity to which we hold them, does not disappear.”

Second, in Acts 22, after speaking to a hostile crowd, Paul is caught up in a riot for sharing the gospel. Brought before a Roman tribune, he is ordered to be flogged. Before this occurs, he asserts his rights as a Roman citizen. From his reaction, we learn that when the state behaves unjustly, appeals for just treatment are appropriate.

InterVarsity Press author William Larkin observes: “Paul’s use of his Roman citizenship teaches us that as an expression of God’s moral order, and when the laws governing its exercise of power are just, the state may be appealed to for the protection of law-abiding citizens… The Christian’s appeal must always be in the interest of the advance of the gospel.”

Applying this principle, our student at SUNY-Buffalo continue:

“We strongly agree that college campuses should be places of competing ideas. In fact, our desire to maintain the right to choose leaders who hold distinctly Christian beliefs is compatible with this notion.

For many years, university campuses in the U.S. have made space for opposing viewpoints and lively discourse on a variety of ideas. This freedom has birthed incredible creativity and new, culture-changing ideas.

The Student Association may not think that it is asking the IVCF chapter to change its beliefs, but that is precisely what it is doing by asking us to stop using religious criteria to select our leaders.”

The third incident occurs in Acts 25 where, after two years of unjust imprisonment, Paul appears before Festus and appeals to the emperor. Having lost confidence in the local authority, he exercises his right of appeal to a higher level.

“This change came from the highest levels of Vanderbilt’s administration, not the Interim Director of Religious Life or the Dean of Students office.

Vanderbilt’s chancellor and top leaders are in the difficult position of navigating this institution through the unpredictable currents of pluralism. Because true diversity can be messy and contentious, the human tendency regarding pluralism is often to flatten differences and stamp out unpopular ideologies.

Irreconcilable ideologies produce conflict; conflict threatens peace. However, the proper resolution is not to abrogate conflicting ideologies, but to learn to embody our robust particularities respectfully and intelligently.

The tragedy of removing some religious organizations from campus would not be merely the loss of religious liberty an enormous and embarrassing loss indeed — but also the tacit admission by the administration that pluralism is not, in the end, a possibility. It’s an admission that, at the end of the day, the university must ask student communities to surrender their particularities to guard against controversy and debate.”

InterVarsity’s purpose is to plant and build witnessing communities on campus. Our vision is to see lives transformed, campuses renewed, and world-changers developed. We will continue to pursue these aims regardless of what happens in our external environment.

Holding the gospel in humility and grace, we will also act within our rights to be faithful to our calling. At the national level, we will continue to support local chapters in every way possible — via advocacy, communications, legal assistance and pastoral care.

Dr. Martin Luther King Jr. faced difficult times in dealing with prevailing culture. In his now-famous Letter from a Birmingham Jail, he advised: “I am not afraid of the word ‘tension’ …There is a type of constructive tension that is necessary for growth.”

It is my fervent prayer that as our students, faculty advisors and staff engage in “constructive tension” with university officials, the Lord will be honored and His mission moved forward on campus.