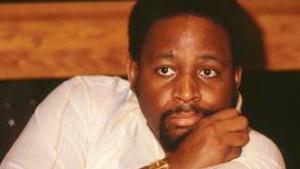 InterVarsity staff and friends of Elward Ellis were saddened to learn this week of his death from an automobile accident. Elward joined InterVarsity staff in 1980, and for seven years he served as InterVarsity’s first Director of Black Campus Ministries (BCM).

The fatal accident occurred Saturday morning, May 12, 2012. According to reports, Elward was alone in his car at the time. The loss of his presence is felt by Dr. Dawn Swaby-Ellis, his wife, and Jonathan, his son, as well as the congregation of Crossroads Presbyterian Church in Stone Mountain, Georgia, where Elward served as pastor.

Total commitment to the gospel

Elward Ellis grew up in Newark, New Jersey, and attended Shaw University in Raleigh, North Carolina, where he helped start an InterVarsity chapter. He attended InterVarsity’s Urbana 67 Student Missions Conference and was a key leader in recruiting black students to attend Urbana 70 through a film that he wrote and produced.

Tony Warner, InterVarsity’s Associate Regional Director for the Southeast region, met Elward around the time of Urbana 70. “He was always very serious about connecting his faith with his personal life, the complex social issues in the world, and his love and commitment to his family,” Tony recalled. “We have partnered together on many occasions, and I witnessed his compassionate heart, his great love for Christ, his passion for reaching all people, his great honesty, his gift in communication, and total commitment to the gospel of Jesus Christ.” 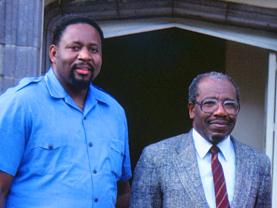 As a student Elward attended many InterVarsity conferences. After leaving our staff he maintained his connection with InterVarsity as a frequent speaker at student and staff conferences. He was a student leader when he attended Gordon Conwell Seminary, and he continued to be a leader in the black community as he pursued his passion for seeing more black students become involved in the worldwide mission of the church. In 1987, when he left InterVarsity, he helped lead a conference in Atlanta aimed at challenging and inspiring African Americans in world mission.

You can hear Elward Ellis introduce Tom Skinner in this audio file from the Atlanta '88 Congress on Evangelizing Black America, preserved in the Billy Graham Center archives.

This article will be updated as more information and remembrances are submitted. 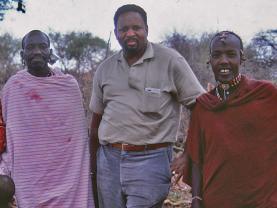 "Elward was dearly love here in the Atlanta area as a pastor (at Crossroads Presbyterian Church), mentor, consultant, and visionary. He had a remarkably broad ministry and a heart for the whole global Church."

"In 1986, when I was on furlough from Brazil, I stopped in Madison to discuss joining InterVarsity's Missions Department.  Having a high school aged African American daughter, I was concerned about plopping her down in the middle of then very white Madison. I talked to Elward.  He was very reassuring, relieved my concerns, and became a source of encouragement to the family ever since.

"In 1992, as Elward was preparing his Destiny '92 conference in Atlanta, he needed last-minute office help, and our second daughter, Debora, was available.  She spent two weeks in the Destiny office, and lived with Elward, Dawn and Jonathan.  Elward called her "his little white angel", and when I asked later how Debora fit in with the team, he replied, "No lumps, no bumps."    Debora remembers Dawn cooking bland foods, thinking that a white girl wouldn't care for their normal fare.  Then it came out that Debora grew up in Brazil and the next meal was spicy jerked chicken!    My gratitude to Elward and Dawn for their care for Debora knows no bounds."