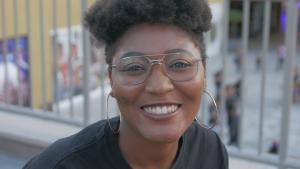 As a senior in high school, Adryahna desperately wanted to fit in. Many friends turned their backs on her, and others bullied her. The friends Adryahna did have made poor choices, including bringing alcohol to school to drink together every day.

Lost and hoping for a change, Adryahna left home in San Diego to attend California State University, Long Beach, where she met some students from InterVarsity who helped her move into her dorm. She ended up attending a few of their large group meetings.

However, Adryahna continued to make choices that chipped away at her well-being. By the end of freshman year, she was depressed and diagnosed with anxiety.

“My main goal was to turn up,” she said. “I was pretty much just partying. It was really unfulfilling, and I got really tired really quickly.”

One night, while Adryahna and a friend were walking home from a party, someone drove by and threw a milkshake at them, calling them horrible names. That moment was devastating and pushed Adryahna to get to know Jesus a little better. She decided to read through the entire New Testament that summer.

A New Family and New Desire

On the first day back on campus as a sophomore, Adryahna ran into an InterVarsity acquaintance who invited her to get involved with Black Campus Ministries (BCM).

“I went, and I loved everyone. They became like family,” she said.

From that moment on, Adryahna found not only the community she longed for, but the desire to put Jesus at the center of her decisions. Then, at her InterVarsity chapter’s Spring Conference, Adryahna officially gave Jesus lordship over her life.

Now, Adryahna is finishing her last semester of school where she leads the BCM portion of InterVarsity on campus. During her time in the chapter, she saw not only her own relationship with Jesus deepen, but also the chapter grow exponentially with those invested in seeing change on campus.

Seeing her campus transform as her own life transformed prompted Adryahna to serve as the student emcee at this year’s Ambition Conference, where she shared vulnerably from the stage, prayed for speakers, and encouraged other students to be bold in following Jesus by carrying his mission on campus. 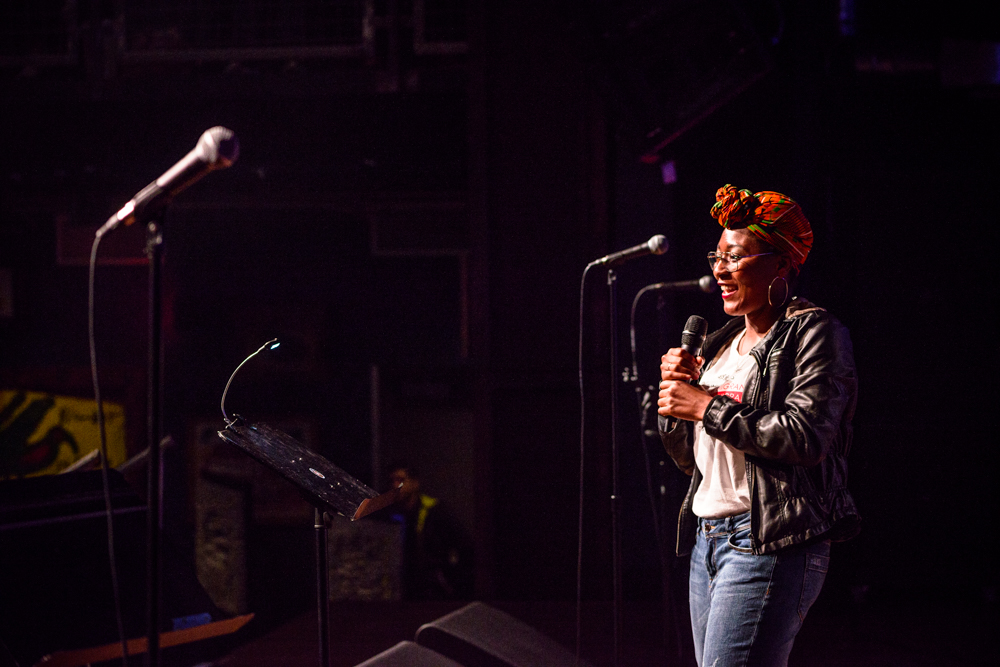 An Unexpected Leap of Faith

In her commitment to follow where God leads, Adryahna recently made the decision to return home after graduation with no job and no clear career plan. This decision came at the expense of turning down other opportunities, including Teach for America and an internship with InterVarsity.

But God gave Adryahna a vision of restoring relationships with her high school friends and inviting them to study the Bible with her.

In the future though, Adryahna hopes doors will open to her ultimate goal—to help reform the prison system. Growing her relationship with God also grew in her a commitment to bring his justice and hope to our broken world.

While moving home feels scary for Adryahna, as though her future plans are on hold, she knows that serving God after college looks different for everyone, and that what she chose is just as important.

Are you graduating from college this year like Adryahna? Your involvement with InterVarsity doesn’t have to end. Learn about the different ways to stay connected with InterVarsity by clicking the button below!