Steps of Faith—Reaching the Houseless 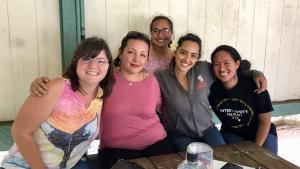 They’re just as real to God. And he laid these struggles on the hearts of one InterVarsity chapter, from the University of Hawai’i Maui College, and called them to act. They were inspired by two stories—one helping them truly see the realities of their houseless brothers and sisters and another encouraging them to step out in faith to serve.