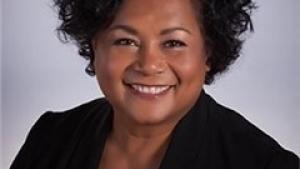 “Terumi Echols was a key contributor and visionary to many, if not most, of the advances InterVarsity Press made during my time as its publisher,” Crosby said. “As IVP’s new president and publisher, she brings vision, a passion for sustained growth, and a deep understanding of the Press’s mission to the university, the church, and the world. I believe very bright days are ahead for IVP under Echols’s leadership.”

“By selecting someone with Terumi’s business savvy, we are making a clear statement: InterVarsity Press intends to invest in growth,” said DeeDee Wilson, InterVarsity/USA’s chief financial officer. “While she was at Christianity Today, Terumi championed new product lines, diversified the list of contributors, and increased revenue. We expect her to lead with that same entrepreneurial vision. We want more authors to reach more readers and more bookselling partners to serve more customers.”

“InterVarsity Press invites the church to be more biblically rooted and culturally engaged,” said Tom Lin, president for InterVarsity/USA, who chaired the selection process supported by CarterBaldwin Executive Search. “It respects the church’s heritage and points to the church’s future, which will be more global and more multiethnic. Terumi’s life, as a woman of color and publishing veteran, reflects those values.”

“For nearly seventy-five years, InterVarsity Press has changed the way the church thinks and believes,” said Greg Jao, InterVarsity/USA’s chief communications officer, who served on the search team along with Wilson and Lin. “It introduced Americans to British leaders like John Stott and J. I. Packer and to cultural critics like Francis Schaeffer and Os Guinness. It trained millions to study Scripture inductively through LifeGuide® Bible Studies, to distill biblical scholarship through the IVP Bible Dictionary Series project, and to mine the church’s history through the Ancient Christian Commentary series. More recently it invited people into spiritual formation with authors such as Suzanne Stabile, Sharon Garlough Brown, and Ruth Haley Barton, and it elevated diverse voices such as Esau McCaulley, Soong-Chan Rah, and Sheila Wise Rowe. Terumi has the experience and insight to build on this legacy so that the gospel reaches more deeply and more broadly.”

Echols said, “I am humbled by the opportunity that this role creates and for what it represents in the world of Christian publishing. The church is painfully divided and spiritually hurting in this season. InterVarsity Press, with strengths in spiritual formation, justice, cultural analysis, and academic and multiethnic publishing, has a vital contribution to make in a disillusioned world. It is my desire to strengthen our commitment to these foundational areas while developing additional pathways for IVP. J. I. Packer once said, ‘Other publishers tell you what to believe. IVP helps you to believe.’ I intend to invest so that a more globally, generationally, and ethnically diverse group of readers are helped to believe.”