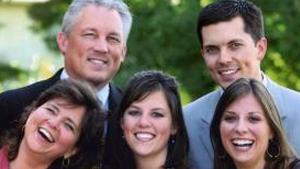 In 1974, I transferred to Eastern Kentucky University (EKU) from a small Baptist College in Campbellsville, Kentucky. I was a Christian and a missionary kid, and I knew not a soul at EKU. I wondered if I'd even be able to find another Christian among Eastern's 17,000 students.

As I entered the laughter-filled, chatter-filled room on that first Thursday night—a Large Group meeting for InterVarsity—at first I thought I must be in the wrong place, because there were more than 100 students in there! Were there that many Christians on campus? Really? Wow!

I was immediately welcomed to the meeting, and a few minutes later the chapter leaders introduced themselves to the group. Then we came before the Lord in worship, followed by an introduction to three different styles of personal Bible study. I had found my place at EKU. I was "home."

Although I was a pastor's daughter and a missionary kid (I lived with my family in Ghana, West Africa, until I was 13), I had never been encouraged or taught how to have a Quiet Time; I had never done any kind of personal Bible study; I had never been part of a dynamic worship service like those hosted by InterVarsity.

The Lord had led me to a new world filled with wise, loving, Godly counselors and friends. My involvement with InterVarsity was the most precious part of my college experience. I had lots of great fellowship, but most of all, I was discipled and encouraged in my walk with the Lord. I was encouraged to grow and to give, and to keep growing.

I met my future husband there and his testimony would sing the praises of InterVarsity even louder than mine does, because he had gone to EKU as a brand-new Christian at age 20! Through the ministry of InterVarsity, he was mentored and encouraged as well. He served as President of the EKU chapter for two years.

He would tell you that the value of the education he received through InterVarsity far surpassed the value of the academic education he received there. Growing in the Lord was his top priority; academics were way down the list, compared to that priority, and InterVarsity was the means God provided for him to learn how to grow in the Lord. Hallelujah! Blessed be the name of the Lord!

I could continue to recount numerous ways that the Lord blessed my husband and me through InterVarsity. We are so, so grateful to the Lord for providing an awesome InterVarsity chapter at EKU during the years when we were there.

We know, firsthand, the impact that InterVarsity can have in lives, for God's glory. On behalf of the thousands of people like us whose lives have been blessed and transformed by the Lord as a direct result of our involvement with InterVarsity, Thank You. May the Lord continue to guide you in paths of righteousness for His name's sake.