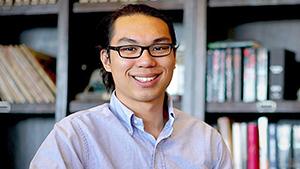 Angelo Blancaflor became a missional gamer during his third year at the University of Illinois at Urbana-Champaign (UIUC) when he realized something about his fellow gamers. He had been meeting with them online for years but knew little about their offline lives.

In high school Angelo and three online friends shifted their sleep schedules for almost a year, in order to be awake from 1:00a.m. to 4:00a.m. Pacific time so they could watch a game being streamed. “We bonded deeply because we were all a little bit crazy at those hours of the night, watching games and talking about whatever else, waiting for the games to start,” he said.

Five years later, they were still gaming friends, but not much more than that. So Angelo began to ask them about their families and what they did when they weren’t gaming. Eventually he asked if they could meet in person. As they established a new level of trust with each other, and developed curiosity about each other’s lives, sharing about his Christian faith began to naturally become part of the conversation.

But even though Angelo had been able to build community with these gamers, he began to ponder the unique challenges to really getting to know others in the online gaming world.

Angelo joined the InterVarsity community at UIUC shortly after he arrived from his home in Orange County, California quite naturally. New friends in his dorm invited him to an InterVarsity social activity where he found more new friends. He kept attending, his faith grew, and he eventually became a student leader.

Mid-way through college, Angelo attended the InterVarsity Leadership Institute, a month-long summer training course at Cedar Campus in Michigan. There he committed himself to follow God’s leading in his life and in his relationships. And he felt that God was calling him to go to graduate school for biology research.

Toward that call, Angelo began working in a research laboratory as a UIUC student, and just before attending Urbana 15 he lined up a research position at the University of California–Irvine where he could work after graduation. He wasn’t planning on doing vocational ministry.

But, as he put it, “God rocked my world and said, ‘Hey, grad school is nice and all, but what about missions?’”

Angelo had already been planning to connect with InterVarsity’s Ministry in Digital Spaces (MDS) team at Urbana to talk with them about his experiences in missional gaming. And he found people who shared his passion and vision for gamers. “They said, ‘Yeah, this is exactly what we want to do too,’” Angelo recalled—to which he replied, ‘Well, I’m already doing this, I need to get on board with you guys.”

Once on the MDS team Angelo began to delve further into the dynamics of developing online communities, specifically online small groups that would be similar to the typical InterVarsity campus small group Bible study. “It’s not terribly different than getting an offline small group started,” he said. “But getting into conversations with people is very different because you can’t just encounter them like you would on campus.”

Angelo became the evangelism champion for the MDS team and began coordinating his research with InterVarsity’s Evangelism Department. Then, when an unexpected leadership departure brought about the closing of the MDS team, Angelo was able to transition into a new role as the Evangelism Communications Manager. He’s continuing to engage with the online communities that he’s connected with and is now working on the second phase of his project; to test calls to faith in online small groups.

“I think that some of the things that we have learned over the past year-and-a-half are going to be really crucial for the next generation of college students that grew up in a really similar context, the online context, but didn’t stop to think critically about it because it’s so normal for them,” Angelo said. “I think it’s natural for the next generation to need people to guide them through and disciple them through some of these things.”

But facilitating the work of the Holy Spirit online also resonates in communities beyond college students. All ages are engaging with Facebook and other online social media. “There’s a ministry need here of people to bring life to all of these conversations,” he said. It’s the perfect challenge for a missional gamer like Angelo.