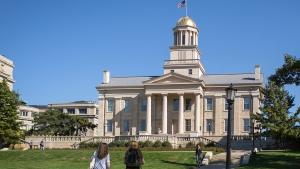 (Madison, WI)–An Iowa federal judge has ruled that the University of Iowa and its officers violated the law when they kicked InterVarsity off campus for asking its leaders to be Christian. A dozen other religious groups—including Sikhs, Muslims, and Latter-day Saints—were also kicked off campus for requiring their leaders to share their faith. But all secular groups and a few religious groups favored by the University got a pass.

In a ruling on September 27, 2019, the court held that this discrimination was so egregious that the officers involved would be personally accountable for any money InterVarsity lost fighting to stay on campus. The court left open the possibility that the University’s president, Bruce Harreld, could also be found liable.

The University then limited InterVarsity’s access to campus, froze its bank account, shut down its website, and advertised that it was “defunct” for lack of student interest. As a result, InterVarsity suffered its sharpest membership decline in over twenty years. The federal court’s ruling confirmed that the University’s actions violated the Constitution and ordered the University to respect InterVarsity’s right to select religious leaders going forward.

“We must have leaders who share our faith,” said Greg Jao, InterVarsity’s Director of External Relations. “No group—religious or secular—could survive with leaders who reject its values. We’re grateful the court has stopped the University’s religious discrimination, and we look forward to continuing our ministry on campus for years to come.”

In upholding the group’s right to be on campus, the court noted that, just last January—in the related case of BLinC v. University of Iowa—it already warned the University against enforcing its policy unevenly. The court stated it “would never have expected the University to respond to that order by homing in on religious groups[]” like InterVarsity, while “carving out explicit exemptions for other groups. But here we are.” The court did “not know how a reasonable person could have concluded this was acceptable,” since it “plainly” doubled down on the exact same conduct the court had already held unlawful. In a hearing last week, the court described the University’s conduct as “ludicrous” and “incredibly baffling.”

InterVarsity was represented in this case by the Becket law firm. For more information or to arrange an interview with a Becket attorney, contact Ryan Colby at media@becketlaw.org or 202-349-7219.