Urbana Through the Decades 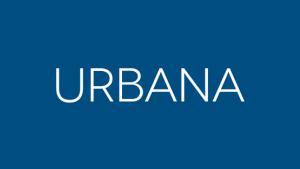 Along with 18,000 soon-to-be friends, I am excitingly gearing up for Urbana 12, InterVarsity's triennial student missions conference that will be held in St. Louis, December 27-31, 2012.

Since 1946, InterVarsity has hosted 22 student mission conferences, involving over a quarter of a million students. Yes, that’s 250,000+ Urbana alumni.

Billy Graham once observed that half of American missionaries can trace their vocational call — at least in part — to Urbana. Leaders of the Union of Evangelical Students of India (our sister student movement) estimate that two-thirds of North American missionaries now serving in India have been influenced by Urbana. And executives of Interserve, a leading mission agency, write that “close to 80% of our current field workers and candidates have attended an Urbana conference.”

One doesn't need to be a student to attend Urbana 12, although we focus on students. Any adult who is interested in acquiring a global perspective on how God is at work in the world, and how they can get involved, is welcome to attend.

To provide a historical perspective, I want to pay tribute to Urbana alumni from the past seven decades. While their stories represent only a fraction of the greater impact of the Conference, they do give a snapshot of Urbana’s amazing influence in the church and the world.

2000s — Nate Henn
Nate’s call to serve the disenfranchised became deeply rooted at Urbana. Soon thereafter, he volunteered to care for boy soldiers in Uganda. A former rugby player from the University of Delaware, the boys nicknamed him “Oteka,” meaning “the strong one.”

After a stint back in the United States to recruit more volunteers, he returned to Uganda in the summer of 2010. While watching the World Cup on TV with several of the boys at a restaurant, an al Qaeda affiliate exploded a bomb that killed him and several others. He was 25 years old.

His parents write: “Nate’s legacy is the pursuit of peace and a future for the children of Uganda. We glow with pride at the man he was, and while we mourn today, we will celebrate him forever.”

1990s — Michael Luo
Post Urbana, Michael followed God’s call into journalism, first with the Los Angeles Times and then with Newsday. At age 25, he became the youngest writer on the Associated Press’ staff, receiving the prestigious George Polk Award for Criminal Justice Reporting for articles that resulted in the freeing of three mentally retarded defendants.

Two years later, he became a features writer for the New York Times. Michael has covered political campaigns, Iraqi Christians, Medicare fraud, Hurricane Katrina, and many other subjects. Suffice to say, the media desperately needs more writers with his maturity and spiritual depth. Of all his articles, my favorite describes a fellow InterVarsity alumnus, basketball player Jeremy Lin.

1980s – Brenda Salter McNeil
Recently recognized as one of Christianity Today’s “50 Women to Watch,” Brenda is a strong voice for racial reconciliation. For InterVarsity staff who have known her for many years – as a student leader, campus staff worker, and Director of our Chicago Urban Project — it is a great joy to see her growing influence upon the church and American culture.

Brenda currently serves as a professor at Seattle Pacific University and is the author of two InterVarsity Press books – A Credible Witness: Reflections on Power, Evangelism and Race and The Heart of Racial Justice: How Soul Change Leads to Social Change (co-authored with Rick Richardson).

1970s — Tim Keller
Tim is one of the most mature voices in American Christianity today. His church, Redeemer Presbyterian of New York City, is a remarkable urban congregation. His books, several of which have landed on New York Times Best Seller Lists, are highly influential. His global impact is extensive.

Tim became a Christian while at Bucknell University, due to the ministry of InterVarsity Christian Fellowship, with which he later served as a staff member. Urbana also contributed to his commitments to evangelism, social justice, and God’s global purposes.

1950s — Barbara Boyd
Barbara attended 15 Urbanas, first as a student and later as an InterVarsity staff member. Urbana’s emphasis upon expository preaching enhanced her love of Bible study. In 1964, she developed the Bible and Life Discipleship Training Program.

At its height, the Bible and Life program was used in every region of InterVarsity/USA and most provinces of Inter-Varsity Canada. Over the past five decades, more than 100,000 students have been trained through Bible and Life. In addition, the program is currently being used in 26 sister student movements (within IFES) around the world.

The curricula focuses on the basics of Lordship, quiet time, evangelism, inductive Bible study, and how to disciple others. The values and practices of the program form the foundation for many of the multi-track weekend InterVarsity training programs today.

What a legacy! Barbara is 90 years old and living in Lancaster, Pennsylvania.

1940s – Dave Howard
Now in his 80s, Dave is one of my favorite people. Energetic, Kingdom-focused, and global, he retains his commitment card from the very first Urbana in 1946 (shown below). Actually, since InterVarsity’s first missionary conference was held in Toronto, Dave’s experience predates the move to Champaign-Urbana, Illinois two years later.

Over his long and fruitful missionary career, Dave served as a missionary to Costa Rica and Colombia, directed two Urbanas, and was president of both Latin America Mission and the World Evangelical Fellowship. He is quick to say that the 1946 Toronto conference deeply impacted the course of his life. He continues to advise and encourage Tom Lin, InterVarsity’s Vice President of Missions and Director of Urbana 12.