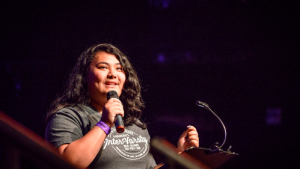 Angel, from Hawaii, had a difficult childhood and grew up in a broken home. Eventually, she was taken from her family by Child Protective Services and became a foster child, moving from home to home, constantly running away from abuse.

“I prayed every single night, waiting for a better day,” Angel said. “Why am I suffering? A better day didn’t come, so I left God’s side and accepted a world of pain and darkness—a world where I had to survive by myself.”

At only 17, Angel graduated from high school and had to leave her foster home at the time. She hopelessly searched for a place to live, fearing she would become homeless.

“I had already experienced years of stealing and selling myself to survive financially, and I didn’t want to go back to that life,” Angel said.

That’s when her social worker took a huge risk. She told Angel about Brenda Wong, an InterVarsity Area Director who owned a Christian community house. Angel hesitantly accepted an offer to move into the house, not having any other choice but to be on the streets. 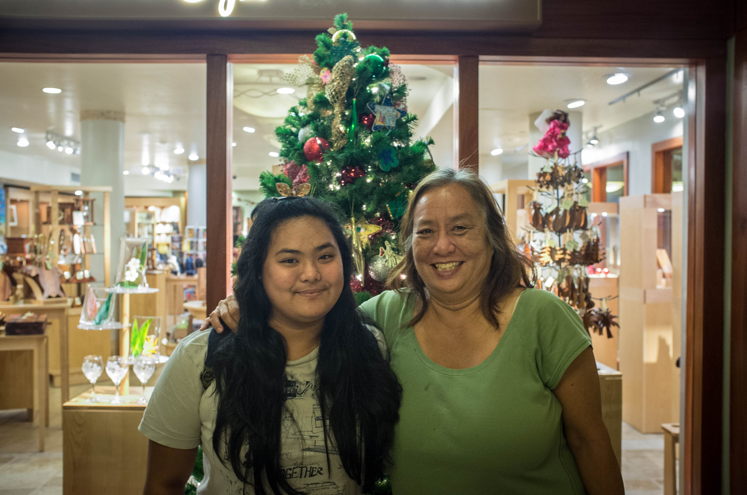 For months, Brenda persistently invited Angel to InterVarsity events. Angel consistently said no because, to her, it sounded like “a place for nerds.”

Finally, Angel came up with a plan one night when Brenda invited her to an InterVarsity event again. “I’ll go just once, tell her I didn’t like it, and never go back again,” she said, hoping Brenda would stop asking her.

That night though, the InterVarsity staff minister who was speaking taught on Matthew 14 when Jesus calls Peter to walk on water toward him, reaching out his hand. He asked the students listening if they would take Jesus’ hand as well. Angel understood that Jesus was calling her to him.

“I felt something warm, I wept, and I cried so hard,” Angel said. “That one night I went to InterVarsity, I gave my life to Jesus!”

Now a part of the InterVarsity community, Angel has a family for the first time—one that loves her unconditionally. She spends her time with them, serves with them, and helps lead worship with them. 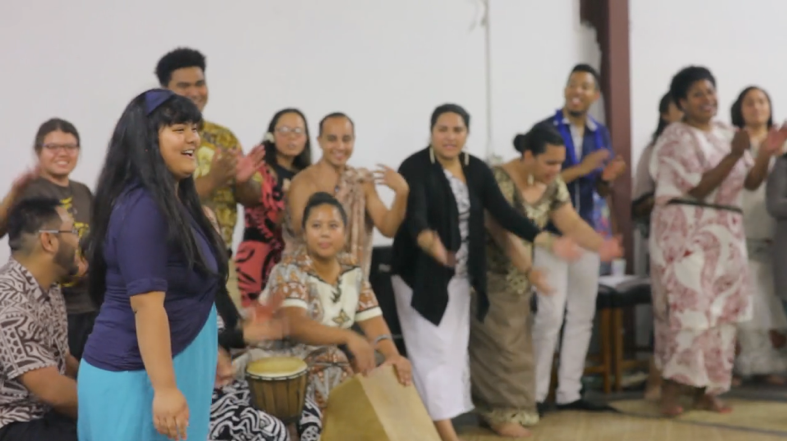 More than that though, Angel decided to take a risk just like the one her social worker took that changed her life. Having once dropped out, Angel decided to not only return to Honolulu Community College, but to also plant an InterVarsity chapter there. She wants to start a small group where anyone can experience God’s love.

Already, God has used Angel to initiate spiritual conversations with classmates, helping them connect what’s going on in their lives to the life of Jesus. Her vision is to speak love to those who are hurting like she was and to see her community transformed through her own transformed life.

“Because I said yes to Jesus, God is putting my old self to death and has brought me new life. He is giving me back what was taken from me. He has prepared the fattened calf and wrapped me in his finest cloth. I am the prodigal that came home!”

Just like Angel at Honolulu Community College, InterVarsity students and staff are living out our 2030 Calling to plant on campuses currently without a Christian witnessing community. Will you be a part of making our 2030 Calling happen so that more college students across the country, like Angel, can experience the tranformative love of Jesus? Click the button below for more information.