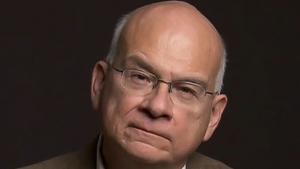 Tim Keller believes that engaging our contemporary culture with the gospel is one of the most important lessons he learned from InterVarsity, as a student at Bucknell University, and later as a staff volunteer while attending Gordon-Conwell Theological Seminary. The books of InterVarsity Press, particularly those of Francis Schaeffer, were a significant influence in his spiritual formation.

Today as pastor of Redeemer Presbyterian, one of New York City’s largest and fastest growing churches, Tim has the opportunity to engage our culture on a national scale.

New York City is a “culture-forming engine,” Tim observes in an article in the June 2009 issue of Christianity Today. Andy Crouch, the author of the InterVarsity Press book Culture Making, identified Redeemer Presbyterian as a church with an important regional and national influence, helping lead New York Christians to a new posture, “from being a beleaguered minority to being a confident minority.”

Twenty years after its beginning, Redeemer Presbyterian now averages about 5,000 in total attendance each Sunday, at three different locations around New York City. It has helped plant 65 other churches in the New York City area. Only ten of those churches are, like Redeemer, affiliated with the Presbyterian Church in America (PCA).

Tim says that “majoring in the majors” of the Christian faith was another of the most important lessons he learned 40 years ago as an InterVarsity student leader at Bucknell.

“The infallibility of the Bible, the substitutionary death of Jesus Christ on the cross, the necessity of the new birth, the incarnation, the full deity of Jesus, there’s no compromising on those things,” he said. “Other truths, which tend to be what makes you a Baptist or a Pentecostal or a Presbyterian or this or that, those other things are not unimportant. But the core is the core. You ought to be collegial and open-minded to other Christians who differ on the secondary. I learned that from InterVarsity.”

Committing to Christ on campus

Like many students who grew up in a Christian home, Tim was not sure what to do with his faith when he began college. So he put it on the shelf and did nothing. “I wouldn’t have at the time said I don’t believe. But on the other hand, I wasn’t a Christian, as I look back on it now,” he said.

The small InterVarsity fellowship at Bucknell reached out to him and invited him into a small group Bible study. “They weren’t quite sure where I was; and I wasn’t sure where I was,” he said. “But at the end of my sophomore year I sensed that I had met God.”

“He had actually prayed for a campus ministry at Bucknell,” Tim remembered. An obstinate chaplain had blocked InterVarsity for many years, and it wasn’t until a new chaplain took over in the mid-1960s, that the Bucknell chapter finally got started. “C. Stacey was so thrilled. He said, ‘I knew somebody who was praying for 20 years that there would be a campus chapter there.’”

After 20 years at Redeemer Presbyterian Church in New York City, Tim Keller is praying that a misguided and materialistic culture will begin to notice that Christianity has answers for its deepest questions, and he is working to make it happen.