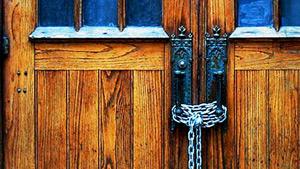 In a recent Washington Post article, a headline rhetorically asked: “Has the world ‘looked the other way’ while Christians are killed?” It certainly appears so.

Open Doors USA, a respected nonprofit organization, reports that every month 322 Christians are murdered for their faith, 772 suffer from acts of violence and 214 churches are damaged or destroyed.

Pope Francis aptly summarizes the situation: “Our brothers and our sisters…are persecuted, exiled, slain, beheaded, solely for being Christian…There are more martyrs in recent years than in the early centuries of the faith. I hope that the international community doesn’t stand mute and inert before such unacceptable crimes.”

Kenya
Just as a group of Christian students gathered for early morning prayer at Garissa University, al-Shabab militants attacked. Twenty-two students involved with our sister movement, FOCUS, were murdered. And it was no coincidence that they were killed first as Christians were singled out for execution. Please pray for FOCUS’s leader, George Odhiambo Ogalo, his staff, volunteers and their student leaders.

North Korea
For more than a decade, North Korea has been the worst-ranked nation when it comes to the persecution of Christians. If believers are caught praying or fellowshipping with others, they are detained (up to 70,000 are currently imprisoned in harsh labor camps), tortured, and/or executed. This video provides a chilling account of one such story.

Libya
The whole world gasped at a video showing 21 Egyptian Christians being beheaded. Several were heard calling out Jesus’ name as they were executed. The victims, guest laborers in Libya, were identified by the tattooed crosses on their wrists—a mark they courageously took on at baptism to proclaim their faith. When I heard this detail, I flashed back to Cairo in 2005, when I watched fellow InterVarsity leader, Scott Bessenecker, receive a similar tattoo in order to be in solidarity with Egyptian believers.

Just this past week, 12 refugees drowned after they were thrown off a boat from Libya to Italy solely because they were Christians. This morning's headlines carry the story of more executions in Libya involving Ethiopian Christians.

Syria/Iraq
I recently sat transfixed by a 60 Minutes account of the raw persecution of Iraqi believers. Christian communities that have existed since the first century are facing a horrible choice: conversion to Islam or death. The fortunate ones flee. In the city of Mosul, all 45 of the churches have been destroyed or occupied.

Last month, 13 Christians were killed and 80 injured when bombs were detonated at two churches during Sunday services. Two years earlier, in the same city, approximately 175 homes belonging to Christians were set on fire. I have dear friends living very near to where both of these events occurred and pray for them weekly.

Other Nations
Persecution is rampant in many other nations as well, including Nigeria where Boko Haram continues to terrorize at will. It has now been a year since more than 200 high school girls—many of whom are Christians—were abducted at Chibok. Several would have been college students this year active in our sister student movement, Nigeria Fellowship of Evangelical Students (NIFES).

The apostle Paul reminds us that global Christians are all members of one body: “if one part suffers, every part suffers” (1 Cor. 12:26). We dare not turn away.

The pain of the persecuted church will be one of the themes of Urbana 15. As a community, InterVarsity will explore ways to get more involved. In the meantime, I encourage you to visit the Open Doors website to learn more about how to pray, travel, volunteer, and advocate.

It is imperative that we speak up even as Western governments, including our own, fail to adequately acknowledge the fact that fellow followers of Jesus are being targeted all over the world.