Tom Lin became InterVarsity’s eighth president in 2016. He served as an InterVarsity campus minister at Harvard University and Boston University before helping to establish an International Fellowship of Evangelical Students movement in Mongolia, where he served as the Country Director. He then became Regional Director of InterVarsity’s Central Region and served as Vice President of Missions and Director of the Urbana Student Missions Conference.

He has also served as a trustee on the boards of Wycliffe Bible Translators, Missio Nexus, and the Leadership & Legacy Foundation. He currently serves on the boards of Fuller Theological Seminary, The Crowell Trust, and the Lausanne Movement.

Tom is the author of Pursuing God’s Call (2012) and Losing Face & Finding Grace (1996), a coeditor of the Urbana Onward book series (2012), and a contributor to Still Evangelical? (2018)—all published by InterVarsity Press. He is also a contributor to Uncommon Ground (2020), published by Thomas Nelson.

Tom and his wife, Nancy, have two daughters. He has a B.A. in economics from Harvard University and holds an M.A. in global leadership from Fuller Theological Seminary. 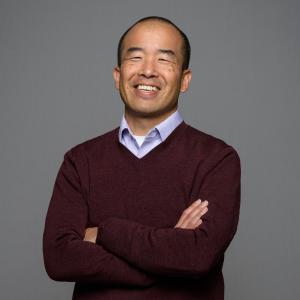