3 Lessons from the Gym on Faith and Pursuing Our Passions 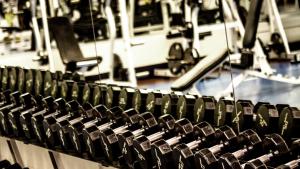 I am a self-confessed, die-hard gym rat. I love working out. It’s become one of my biggest hobbies and passions.

And yet, I often find my faith and my passion for fitness in tension with each other. I haven’t found many people who are deeply invested in both. Either they’re at the gym 24/7 pumping iron, trying to get “swole,” or they’re at church Bible studies or serving in a ministry. On top of that, the whole mentality of building your body can easily turn into self-worship. But the longer I’ve considered this, I’ve begun to recognize that the habits of a gym rat have redemptive qualities that can be applied to our walk with Christ.

1. Faith and fitness need daily growth and goals to be effective.

Even if you don’t know the difference between a dumbbell or barbell, or you think a good warm-up routine consists of cranking up some classic 80s beats and donning a purple and pink sweat suit, you probably know that people start working out because they want to improve themselves. It may be about getting stronger and bigger, leaner and healthier, or any number of things.

Whatever the long-term goal, fitness junkies know that there have to be short-term checkpoints and even daily challenges along the way. Usually, it’s trying to lift just a tiny bit more weight than the week before or adding another tenth of a mile on the treadmill when you’re already beyond exhausted. That’s what helps you achieve your ultimate goal.

But often all this goal-setting doesn’t carry over into our faith. It’s too easy to flatline at reading the Bible occasionally and going to church most Sundays with no real sign or desire for growth.

However, Paul writes that “speaking the truth in love, we will grow to become in every respect the mature body of him who is the head, that is, Christ” (Ephesians 4:15). Clearly, Christians are supposed to have goals, with the ultimate one being that we become part of the mature body of Christ. Christianity is so much more than just a onetime decision and then waiting the rest of your life to go to heaven. We need to have the active long-term goal of becoming mature disciples.

Within that, just like with fitness, we need smaller, realistic checkpoints along the way that make that final goal more concrete and less overwhelming.

Ask God to show you how you can set one small goal for your walk with Christ this week.

At the start of college, I had big plans of getting in shape. A couple friends and I started working out at our school’s tiny fitness center two or three days a week. But it didn’t take more than a few weeks for my initial enthusiasm to wear off, replaced by lots of whining and complaining. I spent more time doing that or running around, flexing my arms, and saying, “Hey guys, check out my guns!” than I did actually exercising.

Then one fateful night, one of the football players on my floor brought me along to the gym where all the athletes trained. I walked in and got so scared I nearly dropped my mini protein bar. I felt like running up to one guy and saying, “Dude, your arms are bigger than my face! Mission accomplished. You can go home now.”

That next hour-and-a-half—it could have been eight hours for all I knew—was insane! I’d just barely finish one exercise, and then it was on to the next thing. No rest. No water. Minimal oxygen. Just sweat. I couldn’t help gawking at the guy who made the workout look like it was designed for an eight-year-old instead of a college-level athlete.

Now that you hopefully recognize we should have the long-term goal of becoming mature in Christ, it’s easy to jump in with nearly limitless enthusiasm only to fizzle out within the first couple weeks just like I did with working out. But whenever we try to reach a meaningful goal, it’s going to be taxing and tiring. Realizing that at the outset can help us persevere when we start hitting obstacles.

When I went with that guy from the football team, besides whatever genetic advantage he had over me for being athletic, there were only two things that really separated us: he was a lot more disciplined than I was, spending hours and hours in the gym, and he also had been lifting a lot longer than I had.

Fortunately, those were things I could work on. Same thing with growing in our faith. At first, our level of discipline will probably be low, but we can get better. That largely comes about from having the right attitude and after plenty of time. When we expect too much of ourselves right away, we can end up like I did after that workout with my arms so sore I could barely straighten them for a week.

One final thought that gives me a lot of hope and encouragement while stumbling along this path to growth can be found in Philippians 1:6, which says, “he who began a good work in you will carry it on to completion until the day of Christ Jesus.” Even when we mess up, God’s ultimate plan for us still hasn’t changed. We will get there! This also emphasizes God’s role in our growth. He’s not looking down at us, thinking, Gee, how many times will it take for them to figure it out? Instead, he’s right there, doing the work with us, empowering us.

3. MODERATION is valuable anywhere and everywhere!!!

If the exclamation marks and all caps didn’t give it away, I’ll just spell it out for you. Moderation is really, really hard for me. When I’m interested in something, I go all in. As a kid, I was all about Star Wars. I knew all the movies by heart, had a basement full of spaceships and action figures, and was well on my way to reading through every fact book and novel there was.

As I’ve gotten older, the nerd in me has faded away (some of my friends would say that’s debatable), and now the athlete in me is coming out. That means lifting and cardio most days of the week, lots and lots and lots of food prep, researching all the latest techniques and ideas, and interviewing every personal trainer I meet.

A lot of people have asked me whether it’s becoming too much. Honestly, sometimes I wonder too. Ecclesiastes 7:18 also challenges me with these words: “Whoever fears God will avoid all extremes.”

But I don’t feel like I can say that, not confidently and not 100 percent of the time. I’m still wrestling through this, submitting this area of my life to Christ fully, daily. Even as I do, I would challenge you to do the same. Here are a couple questions to ask about your own passions and hobbies:

Ultimately, God wants and expects us to surrender every area of our life to him. It’s easy to say but can be pretty painful when we start to put it into practice. But he can also teach us lessons through those areas of our lives we are passionate about to make us better, stronger, more faithful Christians. Let us set our goals on him, and exercise discipline and moderation in all things through his power and strength.

By Steven Grahmann
Are Physical Health and Spiritual Health Connected?

Six years ago, I was stuck in a major spiritual rut.

The Life of the Body
"Jesus had a body." Beginning with this simple reminder, spiritual formation experts Valerie Hess and Lane Arnold look at how we relate as physical beings in a material world and how that forms our in
Login