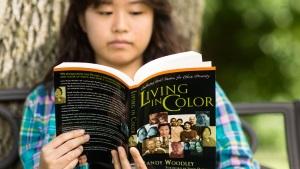 Over the last few years, I have been seeking out theological works by Native American authors. This is in part because I work with Native American college students, but also because I find the perspective of these authors to be refreshing, compelling, and convicting. Here are a few of my favorites.

There are a lot of good books out there about diversity and Christianity, but this is my favorite. It’s a great primer on multiethnicity. Woodley, a Keetoowah Cherokee, does an excellent job of laying out the biblical foundation for pursuing ethnic diversity in the Church. And he makes great use of stories and illustrations from his own experience as a believer and leader to illustrate how we miss out on the richness God intends for us as the body of Christ by failing to care about diversity the way God does. Everyone should read this book.

One Church, Many Tribes by Richard Twiss

I always keep several copies of this book on my bookshelf because it’s the first book I give to anyone interested in learning more about ministry among the Native peoples of North America. Twiss, a Sicangu Lakota/Sioux who was active with the American Indian Movement in his teens, writes with both wisdom and humor about the history of Christianity and Native peoples. But he also charts a path forward into a redemptive view of culture and highlights the ways the worldwide Church would benefit from listening to Native voices. Sadly, we haven't done that very well—and for the most part still don’t. But there is hope.

Cheryl Bear-Barnetson, from Nadleh Whut’en First Nation in British Columbia, is an award-winning musician who has devoted much of her life to traveling from one Native community to another, bringing the message of the gospel through story and song. She’s also a talented writer, and this introduction—her first book—is loaded with wisdom and insight. My favorite thing about it is the way it takes on one assumption after another about Native American culture and spirituality and then carefully, methodically dispels them, showing that Native culture and Christianity have a great deal of common ground and room for conversation. Anyone headed to a reservation for a short-term missions project should read this before going.

Shalom and the Community of Creation: An Indigenous Vision by Randy Woodley

Woodley digs a little deeper here, comparing the Jewish idea of shalom with what he calls the “Native American Harmony way,” a concept that is at the center of many Native tribal belief systems. He is both prophetic and biblically astute as he criticizes the assumption of modernity and Enlightenment thinking. Though the book is very readable, I had to read it slowly, taking frequent breaks to let it sink in because it’s so rich. This is probably my favorite book on this list, thanks to the depth of Woodley’s insight.

I have found all of these books stimulating and helpful in my own walk with God, as they’ve challenged and changed the ways I think about him, my own soul, and the world around me. I hope you'll make time to pick up one soon, and discover what the Native community has to offer in terms of theological insight and prophetic vision. Happy reading!

Growing Our Minds and Hearts: Recommended Reading for Your Summer