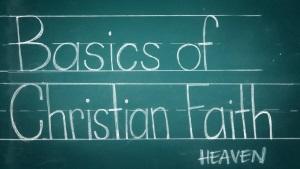 While learning what people believe about religion may help us gain empathy for their various beliefs, we can learn the truth about angels only by studying what is said of them in the Bible. So what does the Bible say about angels?

Who Is an Angel?

Since the Bible clearly says angels were created, they must not have existed from eternity. In Colossians 1:16 (NASB) we read: “For by Him [Christ] all things were created, both in the heavens and on earth, visible and invisible, whether thrones or dominions or rulers or authorities,” which includes angels and humans.

But unlike humans, angels are not a race of living beings who have either descended from a common ancestor or who now procreate, as implied by what Jesus said to the Sadducees when they asked him about resurrection and if humans will marry in the afterlife. He told them: “Are you not in error because you do not know the Scriptures or the power of God? When the dead rise, they will neither marry nor be given in marriage; they will be like the angels in heaven” (Mark 12:24-25). So the Bible teaches that angels are spirits (Hebrews 1:14). They do not have physical bodies like humans.

The Bible gives us to understand that angels are an entirely different order of beings than humans. Unlike humans, angels are not created in the image and likeness of God (Genesis 1:26). Though angels are spiritual beings, the Bible records that they can take a material form, when such a form is needed to communicate and help humans. For instance, in Genesis 18, Abraham welcomes three angelic guests who appear as travelers. And in chapter 19, the two angels who arrive at Sodom are greeted by Lot, who as a gesture of hospitality offers to wash their dusty feet.

Sometimes an angel appears to be a man with unusual features. Daniel saw an angel with arms and legs resembling polished metal and precious stones and a face like lightning (Daniel 10:5-6). The angel that rolled back the stone from Christ’s tomb emitted a light as intense as lightning (Matthew 28:3; Luke 24:4). The book of Revelation describes unusual beings that are commonly considered angelic.

Any brilliance that angels display, however, is not from personal divine powers, since they are spiritual creations of God. Angels are less than deities. They are subject not only to God but also, in God’s future kingdom, to resurrected humans who will judge them (1 Corinthians 6:3). As created beings, angels are limited to time and space, and can be present only in one place at a time.

What’s more, as spirits, angels are typically invisible (Colossians 1:16). Elisha once prayed that his servant would see the armies of angels surrounding the city. “Then the LORD opened the servant’s eyes, and he looked and saw the hills full of horses and chariots of fire all around Elisha” (2 Kings 6:17).

Another popular but biblically unsound notion about angels is the prevalence of guardian angels. The Bible nowhere teaches that each human being is assigned a guardian angel to accompany a person through life. The Bible does, however, indicate that some angels are assigned temporary tasks that help, guide, and even punish people.

The Purpose of Angels

Etymologically, the word “angel” comes from the Greek word aggelos, which means “messenger.” The biblical Hebrew word mal'ak has the same meaning. According to St. Augustine, the word “angel” is more descriptive of a task than a nature. So the most accurate word for an angel’s nature would be “spirit,” and the most precise word for their purpose would be “messenger.” The angels who appear in Scripture carry out tasks that include:

The Bible makes clear that God creates everything good, and it describes categories of good angels, such as cherubim, seraphim, and archangel. We also know of two good angels named Michael (Daniel 10:13; Jude 9) and Gabriel (Daniel 9:21; Luke 1:19, 26). But not all angels are good. When a once-beautiful angel named Lucifer rebelled against God and was cast from heaven (Isaiah 14; Ezekiel 28), pulling down with him a third of the angelic host who joined his insurrection against God (Revelation 12:3-4, 9), evil was conceived.

To this day under the leadership of Lucifer—who is now the Satan, the “ruler of the power of the air” (Ephesians 2:2 and Matthew 25:41; 2 Peter 2:4; Jude 6; Ephesians 6:12)—other angels still oppose God. Now in the heavens and on the earth is a great spiritual conflict between good and evil angels, an ongoing war by which Satan still attempts to dethrone God and establish himself as supreme ruler of all creation, and a strategic campaign in which Satan and his fallen angels try to enlist our allegiance to his rebellious mission.

The angels under Satan’s self-proclaimed authority know of our sin nature and try to tempt us in our weakness to disobey God and do evil. God, in his mercy, goodness, and grace, has not only sent Jesus Christ as our redeemer from sin, but has also given us the Holy Spirit for our sanctification. Beyond those glorious blessings, God has ordained angels to minister to our needs as well, demonstrating his loving presence in our lives.

By Lisa Rieck
If You Don’t Get an Angel: Luke 1 Perspectives