Are You Poor Enough? Reflections from Urbana 12 | InterVarsity
Skip to main content

Are You Poor Enough? Reflections from Urbana 12 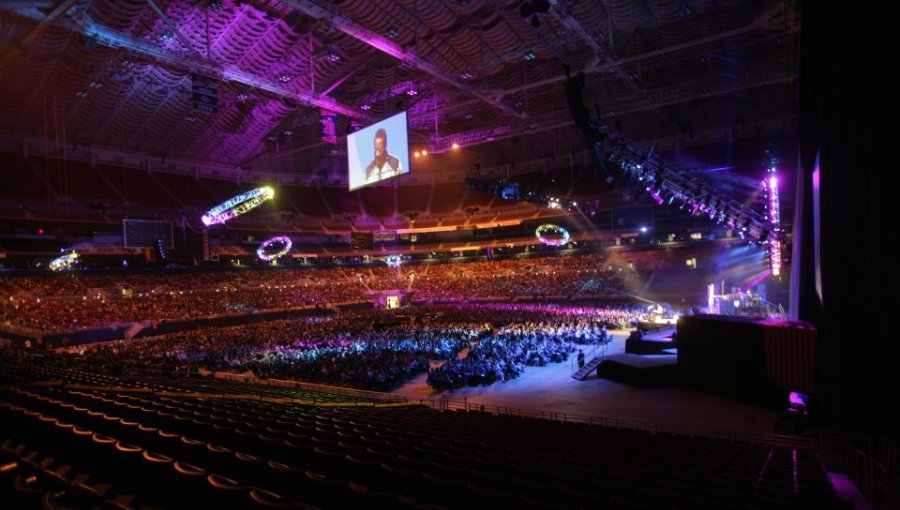 Poor is such a confusing word. We normally think of poverty as a bad thing, the kind of thing that shows up in shock-value statistics like 43 percent of people in the world live on less than $2 a day, or poverty causes the deaths of 22,000 children a day.

That kind of picture of poverty as suffering exists today, and it definitely appears in the Bible too. The materially poor are all over Scripture, from the poor and needy who gleaned in Israel’s fields to the steady warnings to hear the cry of the poor.

But you also see another kind of poor. There’s this “blessed are you who are poor” business (Luke 6:20), and what’s that all about? Things start to get a little fuzzier for most of us.

Are we supposed to become poor? And if so, do we have to do both kinds of poor—the material one and the spiritual one—or is just doing the second one enough?

Why God Chooses the Poor

This week at Urbana, Calisto Odede from Kenya snuck into his talk an answer to these questions, but even if you heard him speak, you may have missed it. It came when Calisto was explaining the full background of two Old Testament stories Jesus mentions in Luke 4. Both are stories of people—unlikely foreigners—receiving God’s miraculous action. Why were these two chosen when others weren’t? The answer has to do with their poverty.

The first story is about a woman in the time of Elijah. She was poor in the material sense. Elijah came along and asked her for a meal; she said all she had was one bit to eat before she starved. But Elijah was sent to her for a reason—Elijah prayed, God provided food, she was saved.

Jesus makes it clear that material poverty alone wasn’t what saved her or made God single her out. She was also poor in the sense of relying on God for her all in all. As Calisto said, if she had hung onto her last, it would have been her last. But instead she gave away her last, and in doing so, it became her new first.

The other story Jesus refers to is about Naaman, a military commander. This guy is definitely not poor in the material sense. But like the poor widow in the first story, he’s the one God chooses to touch. Naaman wants a cure for leprosy—one that’s fit for a king. Instead he’s told by the prophet Elisha just to go wash in a river. And he’s ticked. Isn’t there something more dramatic for him? But the important thing is, he obeys. He goes and washes in the plain old river, and he gets cured.  Here’s a man who isn’t poor in the material sense, but he learns to put himself into the place of the humble poor, the place of one who is just as needy as the next guy.

So where are you at?

Some of you are in the materially poor widow camp. Maybe you have school debt to your eyeballs. Or perhaps, in other ways, you feel like all you have left is barely enough for yourself, like the widow with her last crumbs of food to eat before she would die. Or maybe you’re excited about becoming materially poor with those have no choice but to live in poverty.

Urbana is a place where participants get immersed in a million questions of justice and poverty. Some people are going to leave Urbana headed toward mission work that will put them among those in material poverty, or into material poverty themselves. This is a fabulous privilege—to serve among the poor as one of them, moving into their neighborhood like Jesus did.

Others of you are in the Naaman camp. You’ve always had plenty of everything. You don’t like to admit it, but Mommy and Daddy have paid for all you need in life, you’ve never encountered major problems, and life just feels, well, comfortable. But now you’re standing with Naaman hearing the call to wash in a plain old river, become humble, ask for help, ask for God in your life, become as needy as the next guy, let God heal your dirty rotten sinful self. With Naaman, you need to get poor in the spiritual sense.

Whether you’re a widow with a last crumb or a Namaan with your own chariot, the message is the same. Being poor in the sense Jesus is looking for is to cry out, to give up your last even when you can’t see what will come next, to dive in and be cleansed however Jesus tells you.

What’s the poor Jesus is calling you into this week? Will you go?

Christine Jeske and her husband, Adam, have lived in Nicaragua, China, and South Africa. They now reside in the U.S., where she is getting a Ph.D. in anthropology at the University of Wisconsin. She is the author of Into the Mud and the coauthor (with Adam) of This Ordinary Adventure: Settling Down Without Settling. Connect with her at their blog or at Into the Mud or follow @christinejeske.