The Black Church Makes Me Proud 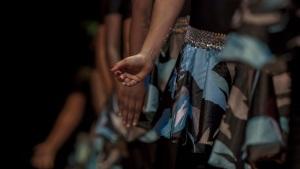 I have many reasons to be proud of my ethnic heritage and culture.

As a Black man living in the United States, I come from a long line of men and women of African descent who served as doctors, lawyers, politicians, inventors, entrepreneurs, and teachers. My ancestors overcame slavery, created schools, started businesses, planted churches, influenced politics, and created new media and art forms.

Engaging the Arts for Worship

One aspect of my culture that I particularly appreciate is how Black people, and specifically Black churches, have traditionally engaged the arts.

I grew up attending a mostly Black church and have many memories of seeing people praise God through various artistic mediums during the services, such as:

These moments have never left me. I still remember feeling inspired, joyful, challenged, and encouraged as these artists and dancers ushered me into God’s presence in powerful ways.

As I grew older and visited other Black churches, I realized that these artistic expressions at my church were not unique. It seemed like every Black church I went to employed some of these elements to one degree or another.

The Arts in Ancient (and Recent) History

This sort of artistry and musical display in Black churches today isn’t new. Throughout American history, Black churches have utilized music, dance, and art in their services. Rhythm, sound, and movement have always been key components in these communities’ worship.

The Bible reveals that the Israelites also engaged in these forms of worship; people danced and used other art forms to express praise to God. Think of King David, who was so overcome with joy and emotion at seeing the ark returned to Israel after it had been stolen that he was “dancing before the LORD with all his might” (2 Samuel 6:14).

And remember the lame beggar whom Peter healed by the temple after Jesus ascended? The text tells us that the man, after he was healed, “went with [Peter and John] into the temple courts, walking and jumping and praising God” (Acts 3:8).

This sort of walking and jumping and praise happens all the time in the Black church tradition.

I’m proud of how Black churches have engaged the arts because these art forms reveal the artistic, creative God that we serve. As the Creator of the world, God is the first great Artist and Author. And when he created human beings in his image, part of that image included his creative prowess and artistic imagination.

So whenever I’m part of a community that celebrates God through dance, song, and drama, I’m reminded that God is creative and artistic, imaginative and rhythmic. And he invites me, as a follower of Christ, to use my own gifts in music and drama to praise him and make him known in this world.

It’s an invitation Christ extends to all of us. Each of us has gifts, artistic or otherwise, that he’s given us to bring him glory. And that’s something we can all be proud of.

Danny Profit Jr. is a campus staff member with InterVarsity at Joliet Junior College in Illinois.

For more on the Black church, check out these resources:

What Gospel Music Has Taught Me