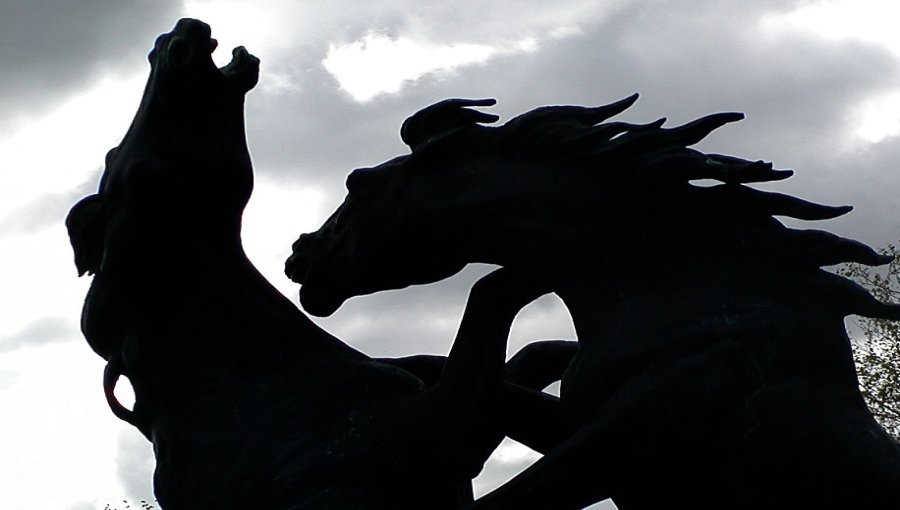 This is how you know that Eugene Peterson—pastor, professor, and bestselling author of the Bible paraphrase The Message— is stone-cold cool.

As I was talking with Peterson about his book Run With the Horses: The Quest for Life At Its Best, I casually mentioned how I thought this book was underrated compared to his other published works.

“Well,” Peterson replied, “Bono says it’s his favorite book of all time.” Yes, that Bono. From U2. The out-of-this-world platinum selling rock band.

Below, we talk about Jeremiah, the life of a pastor, and what it really means to live life at its best.

What prompted a book about the life of Jeremiah?

I was driving with my son, Eric, to Whitworth College one summer to look at the college. As we were talking, he said, “Jeremiah is my favorite prophet.” I responded, “Jeremiah?” I mean, here’s this young guy, athletic, a mountain climber, extrovert. He does everything. So, I asked, “Why in the world would you pick Jeremiah?” He responded, “Because he was the son of a priest, like me.”

When he said that I thought: I’m going to write a book about Jeremiah for Eric.

What are some of the persistent misconceptions that you feel like people have about how to live life at its best?

When I became a pastor, it was a new church, and I had this idea that our congregation would be the Green Berets of the church. I ended up with all the misfits in the county, people who couldn’t get along with other people in the other churches. After a couple of years, I thought, “Lord, is this what you called me to do?” And it was. Jeremiah was a companion in that. I discovered him pretty early on.

Are there any lessons you learned while studying the life of Jeremiah where you thought, “I really wish I had known that when I was a younger man”?

I’d grown up in a culture where pastors were expected to explain things and motivate people. I gave up on both of those things. That’s not what I was doing.  I became a companion to them, not a motivator of them.  I tried to take their stories as seriously as I took the biblical story, so that they would find their life in the Bible.  It’s easy to say that, but learning how to do that, you do a lot of listening—listening to Scripture, but also listening to people.

One of the themes of Run With the Horses seems to be the way that God-life comes at right angles to “normal life.”  I’m thinking of Jeremiah buying a field at Anathoth, or criticizing the positive-thinking religion of Passhur. What are some ways that we can learn to see those angles, as well as develop the fortitude to live into them?

I think you need to pick your companions pretty carefully. When I go into a pastor’s study and I find all these books on church growth and motivation, I just despair. Living in America in the 21st century where we see so much superficial spirituality, why don’t we learn?

I get an enormous amount of calls and letters from people who say, “Thank you. I thought I was the only one.” There’s a lot of loneliness. And it’s hard to keep doing something when the congregation doesn’t appreciate it, because they want a glamorous preacher, or somebody that makes things happen.

The image of Passhur in the temple and the people chanting “We are the people of the Lord,” over and over is so interesting. What are some of the more subtle ways that a Passhur kind of religion manifests itself, aside from something like the prosperity gospel?

Well, there are a lot of subtleties. The devil is very subtle in how he does it. That’s what’s hard about being a pastor: you think you’re there to do good. But the way that people think about ‘good’ and the way that the Gospel thinks about ‘good’ are very different. We don’t re-orient ourselves often enough about what the nature of ‘gospel’ is. It means giving up yourself, being poor in spirit, mourning, being persecuted.

Early on as I was a pastor, I thought I needed a creed to measure myself by. So I memorized the Beatitudes. I didn’t preach them. I thought to myself, “These are for me. This isn’t for my congregation.” But I tried to completely reorient my imagination around those Beatitudes, because this is the blessed life.

I wanted to ask about encouragement. Jeremiah gets whipped, he gets thrown into a cistern, he gets mocked, he’s put in stocks, and more. What did encouragement look like for Jeremiah when he tried to run with the horses and got trampled?

We’ve got to find companions for this kind of life. It’s nearly impossible to do this thing alone. I gathered a group of pastors to meet with me every week, every Tuesday. We prayed, studied the Scriptures, took care of each other. That group is still going, and that’s fifty years ago.

Drew Larson serves on the editorial and development team at InterVarsity. He blogs at www.casualfootballer.wordpress.com and recently self-published Posterized, a collection of essays on sports, comedy and Jesus.