Career or Calling? How Global Urban Treks Changed My Life 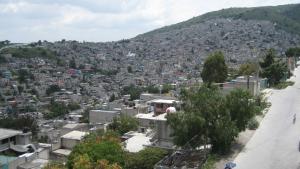 Internship or missions trip? That was the question facing me as I started mapping out my plans for the upcoming summer. All my fellow engineering students were in a mad flurry to find summer jobs and internships that would fast-track them to their ideal careers. And with my third year of college slowly coming to an end, I knew I only had one more year left as a buffer between me and the big, scary “real world.”

I encountered a similar predicament the previous summer. I had been contending between joining InterVarsity’s Mexico City Global Urban Trek (GUT or Trek) or a study abroad program in Rome, Italy, through my college’s engineering department—in other words, a five-week-long vacation. As a child of Taiwanese immigrants who came to the US with not much more than the clothes on their backs, my parents always encouraged me to seize the opportunities that were never afforded to them. They really wanted me to study abroad in Rome and even offered to cover the costs.

As I mulled over the two options, a spiritual mentor told me, “I think you will miss out on more if you don’t go to Mexico.” Do you not know how much I love pasta? I immediately thought. But as I prayed and discerned, I ultimately decided on the Trek.

That summer, I spent six weeks with a host family in Mexico City, where I experienced firsthand the hope and promise of Jesus amidst poverty and difficult circumstances. It was incredible to receive the gift of everyone’s hospitality and love—and yet sobering to see the realities of fatherless communities, where most men lived and worked in the US and sent money back to their families in Mexico. Hearing about these stories in the US was one thing; experiencing them firsthand was another.

Many good conversations took place around the dinner table, drifting between knee-slapping stories and jokes and tearful silence as we listened to stories of struggle and pain. One night, my host aunt said to me, “The kids here are the same as the kids in America. They’re all just trying to make it in life.” That was when I knew I’d embrace the call to live and serve among the urban poor.

Finding My Next Step

With that experience still fresh in my mind, I simultaneously applied for a GUT in Kolkata, India, as well as some engineering internships for the summer after my junior year. I desperately wanted to go to Kolkata but feared the cost would be too high. With pressure from my parents to choose an internship and being surrounded by the buzz from my peers about which companies they’d be working for the upcoming summer, the decision weighed heavily on me.

When I learned that my university was offering summer scholarships for students working/learning about global poverty, I took it as a sign from God that I was to choose the GUT. I excitedly applied but didn’t get the scholarship. Despite that, I still felt the Lord inviting me to trust him and not stress about fundraising. Throughout this experience, I learned that sometimes facing opposition can feel like God closing a door, but it could actually be an invitation to press deeper into trusting him. I was reminded that opportunities like the GUT are only available during my short (and expensive) years in college, and I had my whole life ahead of me to work and earn money. Despite receiving internship offers, I decided to spend my second summer in a row serving abroad with Intervarsity.

Little did I know God was planning for my future the whole time. After getting back from Kolkata, a friend referred me to an on-campus internship with a department that reduces building energy use on campus, which aligned closely with my interests and career goals. It felt like God had placed the opportunity right in my lap.

After graduation, I was worried that finding a job would be difficult since I had prioritized missions trips over internships. That wasn’t the case. In one interview, I shared that I was pursuing a career in energy efficiency and sustainability because I saw firsthand from the Treks how all people, especially the marginalized, are affected by the poor allocation and use of our resources. I ultimately got the job and was told my personal sense of conviction and obligation to the cause was one reason why they hired me. I wouldn’t have had that perspective if it wasn’t for the Treks.

Choosing to do missions instead of studying abroad or doing internships allowed me to fully explore the depth of God’s heart and character while figuring out my place in it all. Many of my peers embarked on self-discovery trips after graduation to find their purpose and meaning in young adulthood. For me, the Treks filled that role by providing the space to flesh out my own identity and the direction I wanted my life to go.

Even now, eight years since my last Trek, I constantly recognize how the Treks have taught and shaped me into the person I am today. They weren’t just summer missions trips. They were launching points for lifelong discipleship, where I learned how to persevere and follow God through adversity.

Since getting married in 2015, my wife (who I met through Intervarsity/the Treks) and I continue to intentionally live in urban poor communities and do life with those around us. Our cross-cultural, relationship-building experience from the Treks gave us the context to continue living missionally after college and be part of God’s work among the urban poor.

My college experience wasn’t really about choosing faith over career. It was about me accepting God’s invitation to trust him, to believe he would lead me to a life of excitement and purpose. Ultimately, the Lord not only guided me toward my future career, but he allowed me to experience firsthand his provision as described in Matthew 6:25–27. Aside from earning my degree, the GUTs helped me the most during college—both personally and professionally.

Michael graduated from UC Davis in 2013 and currently lives in San Jose with his wife. He works as a mechanical engineer at Stanford University and enjoys riding and working on bicycles in his free time.

By Matt Meyer
Why Missions Matters

I used to think missions was a thing for super-Christians.