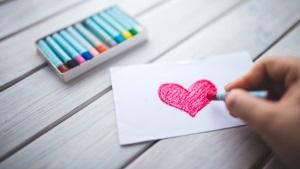 I have been fascinated lately by the story in the Bible of Peter encountering the lame beggar (Acts 3:1-10). It moves me every time I read it. I have a clear sense that it is about much more than just an encounter. It seems to be a crucial moment of epic proportions—an incredible gospel announcement, in a way that seems especially intended for the Jewish people.

Let me see if I can explain.

One day Peter and John were going up to the temple at the time of prayer—at three in the afternoon.

Praying three times a day is part of Jewish custom, so that’s why Peter and John were going to the temple at such a specific time. As Jewish men, these regular prayer times (morning, afternoon, and evening) would have been part of their entire lives.

Also, it’s probably not too crazy to assume that Peter and John’s afternoon prayers had recently become even more meaningful. Not that long before this story takes place, Jesus was crucified, and it’s recorded in Matthew 27:45-50 that he gave up his spirit and died around 3:00 p.m.

Now a man who was lame from birth was being carried to the temple gate called Beautiful, where he was put every day to beg from those going into the temple courts.

As the passage explains, the man was born without the ability to use his legs. If he had been born today, he probably would have spent his entire life in a wheelchair. But without that option, the man found a way to support himself: begging. Every day a friend or family member carried him to the temple gate so that he could beg for money from Jewish men and women going to the temple courts to pray.

In Judaism, giving money and other goods to those in need is considered a mark of righteousness. So the man must have figured that those who were headed to the temple to pray—people who were already seeking to honor God through their daily practices of prayer—would also likely want to honor God by giving to those in need.

When he saw Peter and John about to enter, he asked them for money. Peter looked straight at him, as did John. Then Peter said, “Look at us!” So the man gave them his attention, expecting to get something from them.

Peter did something unexpected. He stopped and looked straight at the beggar. How many people had avoided eye contact with the man or ignored him over the years?

I wonder how the beggar felt at this point. Was he surprised or startled or excited that someone had noticed him? Peter and John seemed to have his complete attention; likely he was hopeful that they would give him some money.

Then Peter said, “Silver or gold I do not have, but what I do have I give you. In the name of Jesus Christ of Nazareth, walk.”

What a dramatic moment. First Peter probably ruined the man’s hopes of receiving money. But then Peter offered him something completely unexpected, and miraculous: the ability to walk.

Peter not only offered to heal the man in a very public way—as other Jews were gathering at the temple for prayer—but he was also very clear about whose power would accomplish it: “in the name of Jesus Christ of Nazareth.” Jesus, the man. Christ, the Messiah. Of Nazareth, a Jewish town.

William Larkin explains in the IVP New Testament Commentary on Acts: “The invocation of [Jesus’] name is a direct link between earth and heaven. It is not a magic formula but a simple recognition that if any salvation blessings are to come, they must arrive in and through the person of Jesus Christ.”

Taking him by the right hand, he helped him up, and instantly the man’s feet and ankles became strong.

In Scripture, the “right hand” often symbolizes God’s strength, power, and blessing. Scholar Richard Hess writes, “The hand of God, and especially the right hand, is also understood as a place of salvation, refuge, and protection.” So the author seems to intentionally point out these details—“right hand” and “became strong”—as a way to help the Jewish readers understand that this miracle was a work of God.

He jumped to his feet and began to walk. Then he went with them into the temple courts, walking and jumping, and praising God. When all the people saw him walking and praising God, they recognized him as the same man who used to sit begging at the temple gate called Beautiful, and they were filled with wonder and amazement at what had happened to him.

This is my favorite part of the story. I can’t read these verses without thinking about Isaiah 52:7 or Romans 10:15, and I wonder if this man is literally those verses brought to life:

How beautiful are the feet of those who bring good news!

This beggar, who had never taken one step on his own over the course of his entire life, was now literally jumping up and down inside the temple courts, fulfilling this prophecy by telling all of Jerusalem (“Zion”): Salvation is here! His name is Jesus! He is the Messiah!

How many years did the man sit at that gate and beg? We don’t know, though we do know that he was over 40 years old (Acts 4:22). It seems like he was begging there long enough that the Beautiful Gate became part of his identity. That’s how people knew him: “They recognized him as the same man who used to sit begging at the temple gate called Beautiful.”

I find it interesting that the author mentions that the man was over 40 years old. Not only does this emphasize the truly miraculous nature of this event; the number 40 also holds special meaning in Jewish history and culture. As one Jewish rabbi explains, “The number 40 has great significance throughout the Torah and the Talmud. The number 40 represents transition or change; the concept of renewal; a new beginning. The number 40 has the power to lift a spiritual state.” In several Old Testament stories, 40 days or 40 years is mentioned—for example, in passages about Noah, in the story of Moses leading Israel through the wilderness, in the Gospel accounts of Jesus fasting in the desert.

Could it be that this man’s age (40+ years) is included to emphasize the message that God is doing something new—that God has renewed the world through the crucifixion and resurrection of Jesus Christ?

I don’t know if Jewish worshipers ever thought of Isaiah 52:7 when they walked by the Beautiful Gate and the lame man, but I think it’s incredible that God used him to literally be “the beautiful feet that bring good news” to the Jewish people in God’s house (the temple in Jerusalem).

This whole story seems to be a powerful love note from God to the Jewish people, as if he’s saying, Renewal is here. A new beginning has come! His name is Jesus. And he delivers this message in their language, through their culture, and at the heart of their nation (the temple).

There is also a broader message for all of us, however. The passage clearly reveals to me a God who has a deep love for people and takes great care to communicate his good news in ways that they’ll understand and appreciate.

Advent reminds us of God’s literal communication to us through Jesus, the Word, God made flesh—the baby whose birth was announced by the angels as “good news that will cause great joy for all the people.” But God is still communicating his love to us—“all the people”—every day.

The story from Acts encourages me to pray with boldness and to trust that God will communicate his deep love to me—and to others who do not know him—in ways that we might not expect but will surely understand.

For more on understanding God’s love, check out these resources:

The Fruit of the Spirit: Love

How God Helps Us Love Ourselves

Surrender to Love: Discovering the Heart of Christian Spirituality