The Dark Side of the Super Bowl 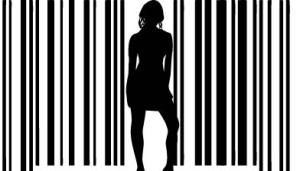 The Super Bowl has already morphed from the premiere football attraction to a showcase for commercial creativity, at least in the minds of some fans. But it also has a darker side that is becoming more and more well known.

Mission Network News earlier this week reported on the Super Bowl's role in human trafficking. The report highlights the work of S.O.A.P, Save Our Adolescents from Prostitution, and mentions the InterVarsity volunteers who have been handing out S.O.A.P. fliers in Indianapolis, where Super Bowl XLVI will be played Sunday evening.

Human trafficking is an issue that resonates with college students who have a strong sense of fairness and are highly motivated to work for changes to make a better world. InterVarsity has worked to help students understand the link between personal sin and the sins of our society in many of our evangelism outreaches, including the Price of Life campaigns at Michigan State University and Ohio State University.  InterVarsity students on many campuses also support the important work of International Justice Mission.

InterVarsity's Nurses Christian Fellowship reports that health workers have typically not been trained to recognize victims of human trafficking. A link to an article from the Journal of Christian Nursing, Helping Human Trafficking Victims in our Backyard, was posted this week on the NCF Nurses Blog. Nurses and nursing students can have a role in stopping Human Trafficking.

The state of Indiana has passed legislation just in time for the Super Bowl, aimed at making human trafficking easier to prosecute.  Although doubts about the Super Bowl/human trafficking link have been raised in some quarters, a news story in the Indianapolis Star and a guest editorial in the Chicago Tribune indicate the seriousness of the problem. Human trafficking is a crime all year long, with victims in the millions.

With the seriousness of this issue highlighted more and more with each succeeding year, perhaps Super Bowl XLVI will become known as the Super Bowl where the public actually started to pay attention and decided to do something about human trafficking.