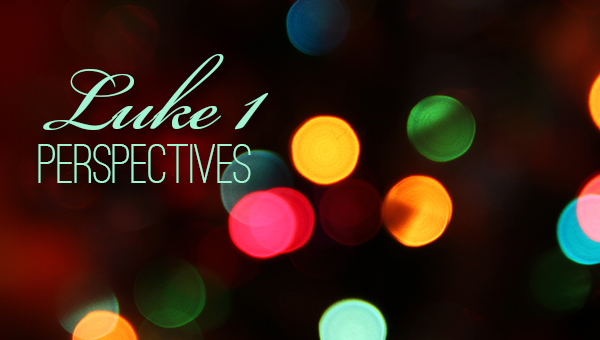 Mary’s song in Luke 1, traditionally called the “Magnificat,” is, for me, one of the most astonishing and challenging passages in the Bible.

To recount the story quickly: The angel Gabriel appears to Mary and tells her that she will give birth to the Messiah, though she is a virgin. Mary meekly agrees: “May it be to me as you have said.”

Then she travels to visit her relative Elizabeth, and Elizabeth confirms what the angel has said, calling out, “Blessed is she who has believed that what the Lord has said to her will be accomplished!” At this point, the song comes exploding out of Mary:

“My soul glorifies the Lord
and my spirit rejoices in God my Savior,
for he has been mindful
of the humble state of his servant.
From now on all generations will call me blessed,
for the Mighty One has done great things for me—
holy is his name.
His mercy extends to those who fear him,
from generation to generation.
He has performed mighty deeds with his arm;
he has scattered those who are proud in their inmost thoughts.
He has brought down rulers from their thrones
but has lifted up the humble.
He has filled the hungry with good things
but has sent the rich away empty.
He has helped his servant Israel,
remembering to be merciful
to Abraham and his descendants forever,
even as he said to our fathers.”

What has caught my attention in Mary’s song this Advent season is the dominant verb tense.  (Thank you, InterVarsity, for teaching me to pay attention to such mundane things as verb tense.)  Have you ever noticed that almost all of the verbs in the “Magnificat” are past tense? Has performed. Has scattered. Has filled. The word has appears nine times in the song.

Mary sings as if God has already accomplished the things he’s planning to do. And as far as I can tell from the passage in Luke, she may not even be pregnant yet when she bursts into song. She hasn’t survived the pregnancy (or the persecution that’s bound to come from having a baby out of wedlock), she hasn’t carried this baby to term, she hasn’t seen Jesus even be born, let alone become the Messiah and Savior of Israel. She takes these things on faith, believing that God will keep his promises not only to her but also to all of Israel and, indeed, the whole world.

Is this your experience of faith?

I confess that it isn't mine. When God tells me he's going to do something and then asks me to trust him, my first response isn’t to rejoice as if the thing is already done. It’s to stress. And to fight off fear. I try hard to believe, despite what I see and what makes sense according to my experience of life and the world, but it’s hard.

Frankly, I’m afraid to believe, to really put my eggs in that basket, because if things don’t go the way God says they will, my heart will be broken, my hopes dashed, and my soul distraught. Being asked by God to act on his promises is scary.

It’s tempting to believe that Mary had some kind of supernatural faith that I don’t have access to, but I don’t think that’s the case. I imagine she went through the same stress I go through, the same wondering if that was really God making promises to her, imagining how it would feel if she believed the angel and then it all turned out to be bad pizza.

But the difference between Mary and me is that she pushed through that fear and stress and came out the other side—rejoicing.  For me, faith is stress. For Mary, faith is rejoicing.

“Blessed is she who believes that what the Lord has said to her will be accomplished!” Elizabeth said. I can clearly see evidence of that blessing in Mary’s jubilant spirit. And then I realize that God is inviting me to experience that blessing as well—because the things that Mary was celebrating hadn't been accomplished in her lifetime, and they haven't been accomplished in mine either. Especially at Christmastime, I find it easy to see the darkness that still haunts the world. The rich are filled with good things and the poor are sent away empty.

Rejoice in the Midst of Longing

Advent is a season of longing for Christ to come. Over the next few months of her life, I'm sure that Mary experienced that longing in a unique and powerful way. But in the midst of it, she found space in her soul to rejoice in what God was going to do, as if it had already been done.

Let us follow her example, and rejoice in the midst of longing. Let us push through the stress and fear that come with faith, and find the blessing. God will keep his promises. The hungry will be filled with good things; the rich will be sent away empty. Indeed, his Word is so strong, so sure, and so good, we can speak as if these things have already happened.

Willie Krischke works at Fort Lewis College in Durango, Colorado, with Native American students. He has worked for InterVarsity since 2006. His wife, Megan, is an area director, and they have two kids, Flannery, 3 1/2, and Soren, 22 months.

If You Don't Get an Angel