The Gaps Between Us: What Keeps Men and Women from Healthy Ministry Partnerships | InterVarsity
Skip to main content

The Gaps Between Us: What Keeps Men and Women from Healthy Ministry Partnerships 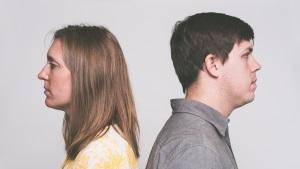 From InterVarsity’s beginning in the 1940s, women and men have partnered together shoulder to shoulder in advancing God’s kingdom work. Indeed, in an era where women were routinely denied access and agency, InterVarsity’s founder, C. Stacey Woods, regularly partnered with women in his leadership efforts. For instance, Woods’s biographer, Donald Macleod, recounts the story of Eva McCarthy, an early supporter of InterVarsity and a woman whom Woods “made no major decision in life without first consulting.”

Yet, even though this value for healthy and thriving mixed gender partnerships is embedded in InterVarsity’s DNA, it has proven to be a value that needs constant reinforcement and attention. Sadly, this is also true both in the church and in the culture at large. What can keep us from building solid, thriving ministry partnerships between women and men? I will identify three gaps that we must bridge.

First, we can struggle with a theology gap. A “theology” is what we believe about the things of God, and some of us have a theology that won’t support the full partnership of women and men in kingdom work. Instead, many of us have inherited a theology that places men in positions of power and women into more supportive roles.

The Bible’s message is one of equality, where both women and men are equitably invited to use their gifts for the extension of God’s mission. Indeed, God’s intent for the full partnership of women and men can be seen in Genesis 1, where we learn that both genders bear the image of God and both are called together to steward God’s creation. Overcoming the theology gap begins with a thorough examination of the Bible’s message of mutuality regarding gender and faith. Need a place to start? Consider reading this article, or spend some time looking at how Jesus treated women, in a culture where women were second-class citizens.

Second, we must deal with a fear gap. Specifically, we must contend with the fear of what might happen sexually if women and men work together closely in a ministry context.

In 1989, a movie named When Harry Met Sally hit the theaters. It challenged the idea that women and men can even be friends. At one point in the movie, Harry, played by Billy Crystal, tells Sally, played by Meg Ryan, that “men and women can’t be friends, because the sex part always gets in the way.”

To be sure, there is reason for caution in mixed gender settings, as the #metoo and #churchtoo movements of the last year or more have demonstrated. But sadly, many of our churches and other faith communities have embraced Harry’s teaching as gospel truth, thus giving into the fear that if women and men partner together in mission, they will be unable to abstain from sexual intimacy.

Reflecting on the legacy of When Harry Met Sally in The Book of Womanhood, Dr. Amy Davis Abdallah writes, “Harry was wrong. And though his assertion has pervaded society, we can seek opportunities to enter conversations and partnerships with other men and women as the fiery work of the Holy Spirit restores our ‘creational DNA,’ the image of the triune God.” Indeed, bridging the fear gap requires courageous choices to intentionally build partnerships marked by integrity, holiness, and vulnerability.

For many years, I have served in ministry alongside a woman named Tina. We have partnered together in many ways, including coleading weeklong student seminars on the topic of women in the Bible. Not only have our students been better served by our complementary gifts and the diversity of perspectives, but also Tina and I have enjoyed working together. One of the greatest gifts that my ministry partnership with Tina has provided is a genuine and lifelong friendship.

The Lack of Models Gap

Third, we must overcome the gap of working models. My sense is that partnerships like the one that Tina and I have experienced is pretty rare. Indeed, our faith communities are too often unable to offer models for healthy partnerships because they have been reluctant to permit them in the first place. Not long ago, my family was visiting a church and dropped our upper grade kids off at their Sunday school class. Immediately upon entering the room, our son Josh was sent to the boys group, and our daughter Lucy was sent to the girls group.

Don’t get me wrong—there is certainly a place for gender-specific times and meetings, but we’re doing our people a disservice if we don’t equip them to engage in healthy ways with someone from the opposite gender. In many InterVarsity chapters, women and men colead small group Bible studies. Not only does this reflect our historic practice, but it is also an attempt to create new models for thriving partnerships.

The good news is that as our communities of faith discern ways to overcome the theology and fear gaps, we’ll create workable models that we can use to overcome this third gap as well. May our communities be marked by healthy and thriving partnerships between women and men in greater measure, and may we build sustainable bridges over the gaps of theology, fear, and models.

Read more from Rob on the false narratives that keep women and men unreconciled.