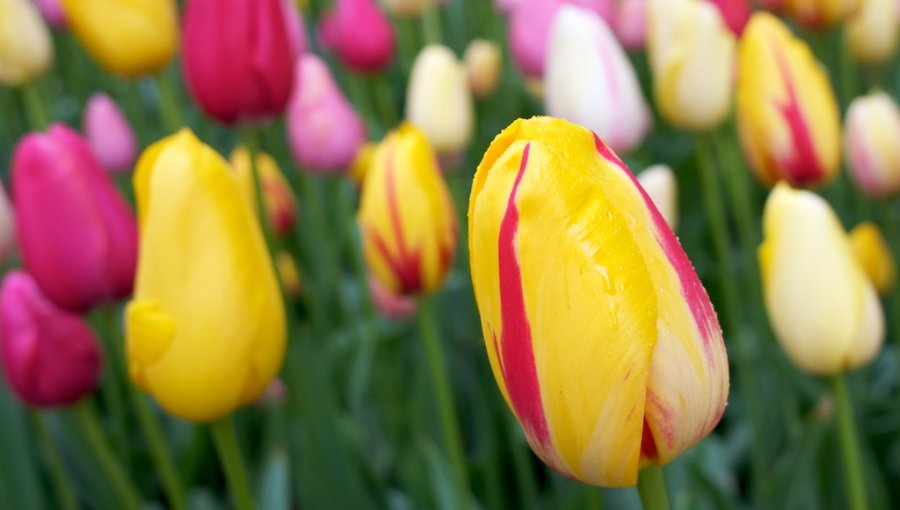 People often ask me what my ethnicity is. Usually they assume I am Chinese—or Korean, if they have never met a Korean person before. When I reply that I am Vietnamese, they  go on to ask why my last name is Lee instead of Le.

From kindergarten through twelfth grade, this was my answer: When my dad immigrated in 1975 there were few Vietnamese people here, so the government misspelled his name, which he never bothered to fix. But later I learned that he had Anglicized his name to avoid discrimination while applying for jobs.

God Has Made Us Equal

Matthew 20:1-16 records a parable about a landowner who hired men throughout the day to work in his vineyard. He promised to pay a denarius (a day's wages) to those hired first and “whatever is right” to those hired at later hours.

At sundown he had his foreman pay the workers, starting with the last ones hired. Each came and received a denarius. Those hired first were then expecting more. When they each received a denarius as well, they grumbled against the landowner: “You have made them equal to us.”

Jesus told this parable to an audience fixated on cultural boundaries (e.g., Jews versus Gentiles). Even his followers did not understand God’s heart for Gentiles until later. Is it much different today? Our culture is hypersensitive to racial matters. Like the first-century Jews, we are obsessed with drawing lines and categorizing people.

While the passage does not specify why, the later hires were clearly unwanted by employers. Suppose one reason was their ethnicity; this has been a reality for many people. More broadly, they were not included by or invited into the community. Throughout American history, one ethnic group after another has been discriminated by those who arrived before them. Similar to the first workers, established groups claim they have “borne the burden” of building the society.

Why Tolerance and Diversity Fall Short

As a country we continue to make strides toward racial equality. We have people of every nation attending our universities, every tribe walking our streets, every language conversing in our coffee shops. But is this the vision in Revelation 7:9? Is multiethnicity about the mere presence of various races or equal opportunities? Our culture professes the ideas of tolerance and diversity. Yet I believe that even the highest of our cultural values falls short of God’s heart for multiethnic communities.

For the past decade I have lived in Westminster, California, which has the highest concentration (40 percent) of Vietnamese Americans in the nation. I have never been racially discriminated in this city, thank the Lord. On the other hand, I have seldom felt appreciation for my culture from people—except perhaps when they eat phở.

In fact, there is little cross-cultural appreciation for any group. Minorities usually assimilate into the dominant Western culture or isolate themselves within their ethnic enclaves. Therefore, it is possible to achieve a diverse populace without unity, where cultures exist but are not embraced.

So I am convinced that our cultural focuses are tragically misplaced. We celebrate diversity without celebrating the differences; we promote tolerance instead of cross-cultural relationships; we seek non-discrimination rather than racial reconciliation. We value the concepts over the people.

Yet the problem is not a broken system—it is a fallen world. You can legislate non-discrimination, but you can’t make people love their neighbors. True multiethnic communities start with seeing creation from God’s eyes.

Revelation 7 paints a heavenly picture of multiethnic unity: “every nation, tribe, people and language” praising in unison the living God enthroned. No longer is it about comparisons or categories. There are no darting glances or judgmental glares. All eyes are on God. And, by gazing on our Lord, we come to know him more, so that when we look at other people, we will recognize something of his image within them—an image we also bear. That alone should unite us beyond ethnicity, language or culture.

In the parable, the early workers’ statement “You have made them equal to us” was said negatively. But I say hallelujah that God made us as equals! Despite our cultural differences, know that the God who created our ethnicities delights in them. Like the landowner, he seeks, invites, employs, and confers dignity upon all.

So how can you live out his multiethnic vision “on earth as it is in heaven”?

Above all, keep your gaze fixed on God, praising him with the great multitude around the world today—a taste of the multiethnic unity that awaits us in heaven.

Christopher K. Lee is an InterVarsity alumnus and aspiring writer. He is currently pursuing a master’s degree in health management at San Diego State University. In his spare time, Christopher composes and produces music. For a sample of his works, visit http://christopherklee.bandcamp.com.

Watch this fantastic video from James Choung on why ethnicity matters.

If you're White, you might feel like you don't have a culture. Not true! Check out Being White: Finding Our Place in a Multiethnic World.

Or browse other multiethnic resources from InterVarsity Press.