The Gospel: What It Is and Why It Matters | InterVarsity
Skip to main content

The Gospel: What It Is and Why It Matters 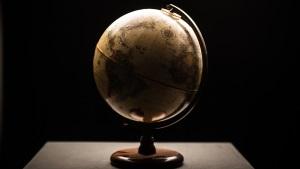 I sat at a border crossing in the middle of the Albanian refugee crisis. My team and I had been sitting at this particular border for three hours.

A boy of about 10 had offered to wash our windows as we drove in. Now, that same little boy was leaning into the back of a Mercedes. He emerged holding an M16 assault rifle and then quickly disappeared off the road, and presumably across the border, with his black market merchandise. The border guards were strangely oblivious.

That’s when it happened. Something exploded in me. The corruption, exploitation, and inevitable violence of this scene erupted in my imagination, and a voice in my soul cried, “Where is God? What is the ‘good news’ for this little boy?”

In that moment I made two decisions.

First, I believed to my toes that the gospel is the only hope for this fractured and corrupted world.

Second, I needed to find out what the gospel has to say to exploited children and refugees as well as the people who exploit and profit from them.

What is the gospel?

The New Testament uses the Greek word euangelion—literally “good news”—to describe its central message. It’s a term that was borrowed from the political life of the first century. The “gospel” of the Roman Empire was the “good news” that Caesar had conquered the known world and was bringing its style of life and empire to all.

The Christian gospel emerged in the Roman Empire and radically subverted its claims. I like to think of the gospel as being (at least) three things: story, significance, and summons.

First and foremost the gospel refers to the events of Jesus’ life, death, and resurrection. In the Bible, the first four books of the New Testament (called “the Gospels”) accurately describe these events: Jesus’ unique life, his powerful healing and teaching ministry, his strange actions in the temple, his clash with religious and Roman authorities, his condemnation, his torturous death, his resurrection, and his sending the apostles out into the world.

The Gospel writers carefully documented the events of Jesus’ life in order to demonstrate their historical rootedness as well as their global significance. In fact, the events of Jesus’ life are themselves part of a larger story. His story climaxes the story of Israel, which is about the one true God and his plan for a good creation that has been damaged and corrupted by evil.

The gospel of Jesus Christ is not simply a recalling of events, though. These events have profound meaning. Sin in all of its manifestations (social, personal, interpersonal, psychological, religious) is exposed in the gospel.

When confronted by Jesus, however, demons cry out, the ostracized in society are included and invited in, bodies are healed, and religious hypocrites are confronted. In Jesus, women and men are challenged and changed.

Jesus’ cross becomes, in the words of missionary Lesslie Newbigin, “the demonstration that the God against whom we have sinned and who rightly punishes sin, Himself drinks to the very dregs, deeper than even the foulest sinner has to drink, the cup of punishment” (Signs Amid the Rubble: The Purposes of God in Human History). This action of God’s judgment in the cross subverted a symbol of Roman imperial power and turned it into a symbol of God’s self-giving love.

And Jesus’ resurrection sets him apart from everything else in history. As theologian John Stott said at a chapel service at Westmont College, “We may speak of Caesar the Great, Alexander the Great, Peter the Great, but not Jesus the great. He is not the great, he is the only.” Jesus is the Messiah of Israel, risen from the dead, and Lord of the world.

This life with God will lead us into confrontation with suffering and evil. Just as Jesus’ life and ministry had a distinctively humanizing effect on individuals and on culture, so too we are called to live out the liberating and humanizing message of the gospel. To polarize the spiritual implications of the gospel and the humanizing or political ones is to distort the call of the gospel. The God who meets us in Jesus Christ has good news for the poor, sick, imprisoned, marginalized, and abused. The God who meets us in Jesus Christ calls all who would follow him to radical holiness, passionate and compassionate work for the common good, and unashamed witness.

It’s been 15 years since my gospel moment at the border. Over those years I’ve been increasingly captivated by the beauty, majesty, and glory of the God revealed in Jesus. The gospel is profound. It’s good news for the suffering and hope for the guilty.

What is your response to the gospel? How do you experience this good news?

Why not dive into one of the New Testament Gospels yourself? Check out these studies on Matthew, Mark, Luke, or John.

I believed the Bible is the

I believed the Bible is the most read book in the history of mankind. Unfortunately, the application to our lives is sometimes missed by most people because of the bad influence of the world. There's a need to develop a habit that one should read at least a portion of the Bible everyday and make it a part of one's lifestyle.