Growing Up Latino in the United States (Borderlands pt. 2) 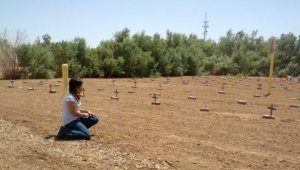 This summer, seventeen InterVarsity staff and students took part in Borderlands, a special track of the Los Angeles Urban Project. They spent time in Tijuana, San Diego, and Fresno to learn more about the issue of immigration and to understand the issue through a Christian lens.  While at the border, they partnered with staff and students from Compa (the International Fellowship of Evangelical Student movement in Mexico). Here is one InterVarsity LaFe staff’s perspective on the experience:

Growing up Latino in the United States, one may hear the phrase, “through your veins runs the blood of both the conquered and the conqueror.” As a Latina InterVarsity staff worker, I often say this to my Latino students to explain the dissonance we often feel in juggling our Latino and American cultures and history.

Around 500 years ago Central and South America experienced a clashing, co-mingling, and creation of cultures through the Age of Exploration. European and Indigenous blood mixed to create a new people. In the case of my ancestors, this new people was labeled mestizo, or mixed.

Am I Mexican? Am I American? Why am I more Mexican at my parent’s house? Why do I feel more American when I’m in Mexico? Am I half and half or fully both?

These feelings were heightened for me when I helped direct Borderlands this summer.

God humbled me as a Mexican-American immigrant

I was humbled because even though I knew undocumented people, my heart did not break for ‘the immigrant’.

Through our multiethnic Borderlands team (a special track of the Los Angeles Urban Project), I heard the silent plight of the Asian undocumented immigrant.Through conversation with Native American pastor Mark Charles, I heard about Native American perspective of immigration—the people group that was on this land before anyone else arrived. Through our Compa friends (IFES movement in Mexico), I learned about the injustice and abuse of the immigrant even in Mexico.

I started Borderlands thinking I understood God’s heart for ‘the immigrant,’ but I left realizing there is a lot more to learn, to do, and to pray for.

God affirmed my identity as a Mexican American immigrant

…..and that of our LaFe students.

But participating in Borderlands allowed me to see the unique ways the Lord has gifted my people. As Latinos we were able to:

·       More quickly identify with the undocumented experience of being unseen

God brought healing to my relationship with my Father

My dad came to the U.S. to find a job when I was five years old. We lived in Guadalajara, Jalisco, Mexico. After a few months of being apart, my dad found a job and saved enough money to bring my mom, baby brother, baby sister, and me from Guadalajara to San Luis Obispo, CA. My dad was and still is a garbage truck driver.

I grew up in an affluent part of the country, where most of my peers were not Latino, not recent immigrants, and did not have parents that worked with the garbage company. Trying hard to fit in, I seldom spoke of my dad or his job.

And then I met Jorge at Borderlands. Jorge is a man in his late forties who stands in front of a Home Depot in San Diego and waits for work every morning. He wears a straw hat, a white shirt with a collar, work jeans, and used boots. I met Jorge when our team went with Enrique Morones & Border Angels to Home Depot--to talk to the men who wait for work every day and shared lunch with them. Jorge approached me with a friendly smile and asked what we were doing. I explained to him our goal: to hear about the experience of a day laborer so we may understand.

Jorge comes from a lovely beach town in Nayarit, Mexico. He was the middle of seventeen children. He crossed when he was in his twenties, fell in love with a woman, and they had five children.

Carolyn, a student with me, asked, “Was it worth leaving your family in Nayarit?”

With sad and serious eyes, Jorge said, “Yes. Completely. We did not have enough food growing up. My parents could not pay for any of us to go to school. I did not go to school. I worked, but even with all of us working, there was not enough food. So I came to the U.S. And now I have my family and my children. I come here to work for my children. I can now give them jeans if they need jeans. I can give them milk if they want milk. Yes.”

Now with tears in his eyes, he said, “There was no chance for me in Mexico. Here there is an opportunity for my children to go to school and to have food. I know they do not like what I do for a job, and they sometimes complain that we do not have more, but here we have a lot.”

And that’s when it hit me. I am the oldest of five children. I grew up with an immigrant dad who settled for a job he did not want but decided to keep for his children’s sake. I was just like one of Jorge's ungrateful ungrateful children.

Suddenly, I couldn’t help myself, I cried and told Jorge, “Jorge, your children may not know what you are doing for them right now, but I can tell you that they will be grateful when they realize the sacrifice you have made for them. They may not be able to say thank you to you right now, but they will. As a daughter of an immigrant man who has worked hard all of his life to provide for his children, I thank you.”

And at that moment I was able to see my father, my immigrant garbage truck-driving dad, as a man with integrity, honor, a strong work ethic, and with deep deep love for his family.

Noemi is the oldest of five children and the daughter of Rigoberto and Irma Vega. She moved with her family from Mexico to the U.S. when she was five and grew up in the Central Coast of California. She has a B.A. in Psychology from California State University, Fresno and is working on a M.A in Theology. This is Noemi's 8th year on staff with InterVarsity and currently serves as the LaFe Specialist for the Surf & Turf Division, working with Latino students from California's Central Valley, Central Coast, and Las Vegas.

What a beautiful gift to give

What a beautiful gift to give to Jorge, Noemi! Thanks so much for sharing your story.