How Being an InterVarsity Leader Made Me Employable 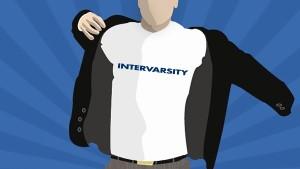 In the middle of one of my many job interviews, time stopped for a second.

Before I could blink, all those Bible studies I led, all those flyers I passed out, all those terrifying conversations about Jesus with people I didn’t know, came back. I realized, in that moment, just how employable all those experiences as an InterVarsity leader made me.

Here are four awesome ways leadership molded me into a seriously employable job applicant after I graduated.

1. InterVarsity leaders are the Navy Seals of leadership.

Many people, Christian or non-Christian, aren’t actually trained leaders. Heck, most students can barely lead a group project for English 101. I’ll tell you right now, it doesn’t change much after college.

Where can you find college graduates who have coached teams of leaders on how to be more decisive, brave, and effective? InterVarsity alumni. Where can you find job applicants who are as humble as they are bold and as intense as they are gentle? And who aren’t afraid of being thrown in the deep end? InterVarrrrrrsittyyyy alummniiii.

Of course, InterVarsity isn’t the only awesome leadership incubator out there; there are a variety of clubs and organizations that train people to be leaders. And sure, I’ve met a handful of super-go-getters after college (the kind who listen to entrepreneurship podcasts every morning and have a card-carrying membership to Toastmasters).

Let’s face it—even people who aren’t afraid of public speaking or talking with strangers can get tongue-tied in an interview. Three intimidating, older professionals grilling you with questions, writing down who-knows-what when you start rambling again.

But I realized something one day in college (probably between rejections as I knocked on doors in my dorm, inviting people I’d never met to come to the Bible study I was leading): If I can talk to complete strangers about Jesus Christ, I can talk to anyone about anything.

Maybe I’m just bad at evangelism, but initiating dialogue about Jesus with people I don’t know is one of the most intense jobs I can imagine. InterVarsity leaders do it all the time, though. And once you’re able to walk away from a conversation about Jesus where you were rejected and still have the guts to ask the next stranger to come to a Bible study…

3. I’m used to having 17 projects that need to be done by tonight.

On a given day, an InterVarsity leader might have to:

I mean, it’s not like we love those days, but we can sure as heck do ’em. Once interviewers hear the exhaustive list of what an average week as an InterVarsity leader looks like, they perk up every time.

Don’t think emotions like shame and fear and the infamous “father issues” come into play in job-hunting? They most certainly do.

Of course, you need not have been an InterVarsity leader to be emotionally stable. But as such, I was exposed to more emotional and spiritual healing than I could ever have imagined. To this day, I still have difficulty finding people who have such an acute inventory of the dirty laundry in their closet than fellow InterVarsity friends. The grueling, arduous (but totally loving!) mentoring that InterVarsity leaders typically receive teaches you about true humility and reveals to you that God heals broken hearts and open wounds from parents, relationships, and sin.

This plays a huge role in getting a job. People can practically feel the texture of a humble, genuine, and service-oriented candidate; you’ll find that strutting into an interview like you own the place hardly does you any good.

So for those InterVarsity leaders who’ve just graduated, take courage. You’re a super competitive, employable job applicant with a lot to talk about in your first interview.

Anthony Moore is the founder of StuffGradsLike.com, where he helps college graduates find success in finances, relationships, and careers.

Great writing Anthony! See we told you it would be worth it :)

This is so true! Thank you

This is so true! Thank you for sharing this.