How to Discern God’s Will for After Graduation 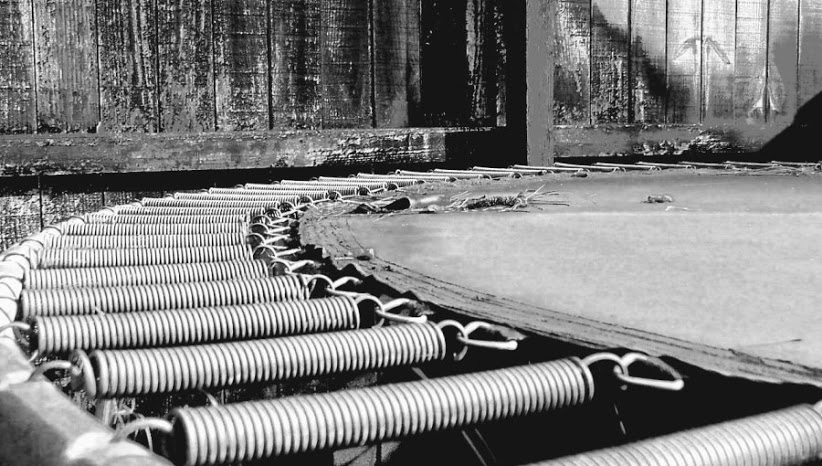 For some, college is like a trampoline. There are a lot of ups and downs, but for the most part, it’s an exhilarating and exciting time. After a while, though, it comes time to leap off the trampoline and give others a shot at it. This is the frightening part. To stay on the trampoline is comforting, but to be launched out into the post-college world is scary, especially if we don’t know whether it’s going to be a smooth landing.

So we ask God for help. We ask him to reveal his will for our life after college. But this can also be troubling.

Finding the One Perfect Path

Trying to find God’s will for our life can be torturous if we believe that God desires only one path for us and that all other paths are wrong. This was how I felt. At the beginning of this year (my senior year), I faced a multiplicity of options for after college. Some were reasonable, like living at home and working with a local church. Some were irrational, like hitchhiking my way across the country for no reason. But I was sure that, among these several options, one was the perfect one—the one that God clearly desired. I also believed that I could never bring God glory in any option except the perfect one. I just had to figure out which one that was.

After I’d waited and prayed about the future for a time and still didn’t know what God wanted, I started to beat myself up and make all kinds of assumptions: Why am I so lacking in my faith? Why can’t I hear God?

The reality was that I couldn’t hear God because he was tucked away in some box I put him in. I essentially limited God by saying that he only belongs in one situation. Thankfully, God showed me that this isn’t how his will works.

The God Who Is Present

Let me break this down for you in biblical terms. The book of Ezekiel describes the Babylonian exile, where the Jews are exiled from Judah. The Jews are absolutely torn up about this! Why? Because not only are they leaving their homes; they are also leaving the temple, the place where God was thought to have dwelled. They believed that God was not going to follow them into Babylon.

But in Ezekiel 11:16, God reassures the exiles that he is present with them no matter what land they’re living in. Better yet, he says he provides a sanctuary of his presence in that land. God was with them even in a place they never envisioned themselves being.

What does this mean for graduation? When we have several options that honor God, we have the freedom of knowing that God is going to be given the glory in any of those situations. If we’re seeking God for wisdom, we can ultimately choose which path to take and walk forward in faith and confidence, knowing that God will be with us.

But then, how to discern which option is the best one? What is God’s will?

God’s will has been laid out for us all along. In John 4:34 and John 6:38, Jesus says that he came to do the will of God. But then in Luke 19:10, he says he came to seek and save the lost. The will of God and seeking and saving the lost are not two different things. God’s will is to seek and save the lost. And the amazing part about this is that Jesus invites us to partner with him on this mission in Matthew 28:18-20.

As I considered this idea, I asked myself: how has God been preparing me to make disciples? In which area am I most equipped? The answer was clear. God has been preparing me for pastoral ministry. So when I considered my future options, I tried to look for the path that would allow me to better hone this craft for the goal of making disciples.

For me, seminary was the best option. I need that further training to equip myself more. But of course, I knew I couldn’t pay for it! What to do? I applied in confidence, knowing that God will do anything for his glory to be magnified. Months later, I found out that I received a full-tuition scholarship to attend seminary.

God provides in a myriad of ways when we are aligned with his mission. But don’t be mistaken. Unlike my story, God’s provision might come after long periods of struggle. Even then, though, we can trust him to be faithful to equip us with everything we need to be obedient to him.

Also, just to be clear, his mission is not limited to a ministerial vocation. God desires that we make disciples in all situations and in all careers, secular and sacred.

If we limit God in considering our paths for the future, we limit ourselves. He has revealed his will from cover to cover in Scripture, and he delights for us to work with him in many different areas of life, according to the ways he’s gifted us. He just asks that we leap off the trampoline and make ourselves available to him so that he can use us to make disciples for his glory.

Neal Samudre is a writer, student, and future pastor. He will attend Gordon-Conwell Theological Seminary in the fall to pursue his Masters in Divinity degree as well as publish his debut book in April 2014. Follow him on Twitter to see more of his writings.

For more help on discerning God’s will, check out:

8 Ways to Discern God’s Will

Where Does God Want You This Summer?