How a T-Shirt Revealed My Pride: Stories from Urbana | InterVarsity
Skip to main content

How a T-Shirt Revealed My Pride: Stories from Urbana 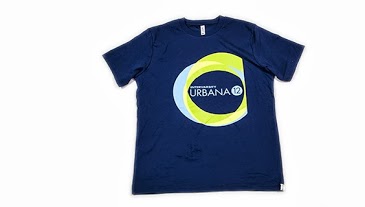 It was a simple enough question. “Would you like me to buy you one?” The thing in question was an official Urbana 12 T-shirt. It would be a keepsake for me from what had so far been an amazing experience in a foreign land at a great conference.

And yet, in that moment at Urbana 12, as my new friend Zach waited for my answer, I was torn. What had started out as jest between friends (I had teased Zach about discerning in prayer whether he was supposed to give me his Urbana T-shirt, after someone else had joked with me in a similar way) all suddenly became semi-serious in the blink of an eye. I could tell he would follow through if I said yes.

So I made a very quick decision, one I’ve come to see I’m accustomed to making. “No,” I told him. “That’s okay. I was only joking.” And with that, the conversation was over. We trooped out of the hotel room and made our way back to the America’s Center.

But it’s almost impossible to relate how many years were compressed into this rather harmless exchange that was over and done with in the space of a minute-and-a-half.

The Frustration of Finances

My brain kept running over our conversation. I told myself that it would have been wrong to profit from what had started as a joke. But I knew, deep within my bones, that none of it really had been a joke for me; I only made it seem like one to protect myself and seem above it all. The truth was that I would have loved to have a keepsake T-shirt from Urbana 12, and if someone else wanted to make that a reality, I should have welcomed it.

My path to Urbana 12 was a long one, but relating all of that would be a tedious and uninteresting story. Suffice it to say that I come from an upper-middle-class Black family—though due to the recent economic woes of my country, Zimbabwe, that is no longer the case. I studied law at the premier institution in Africa (University of Cape Town), practiced for a while, and eventually made my way into student ministry at my alma mater.

I work as a volunteer there, which means I have to fundraise 100 percent of my salary. You’d think that I would therefore be used to receiving gifts from people, but I still find support-raising one of the more loathsome aspects of what I have to do to keep doing what I love.

My wife and I tried to get to Urbana 09, but the finances just didn’t come together that time. So when friends, family, my organization, and even strangers gave quite generously to make Urbana 12 a reality for us, we were incredibly excited. In a strange instance of double-think, I was able to receive those substantial financial gifts thankfully without batting an eyelid, probably because the conference was for the betterment of my ministry, and not just for personal gain. But even with that help, a lot of corners still had to be cut to make sure we’d have at least some pocket money for our epic journey across the pond.

And, grateful as we were, I’ll admit that walking through the bookstore and being limited to looking mostly at the one-to-two-dollar books, just to fit budget, was agonizing. For a bibliophile like me it was like crawling over nail-studded hot coals. My wife felt the same way, and made several persuasive arguments for buying books, but I just couldn’t bring myself to say yes. We would be in the States for four more weeks after Urbana, and had no idea if what we had would be enough for the rest of our stay. We had no choice but to save our money.

So Much More Than a T-Shirt

I didn’t want to appear weak. I didn’t want to look like I couldn’t provide for myself and mine. After fundraising every scrap of what I live on, I didn’t want to look dependent on others for the “little things.” The floodgates of pride, fear, humiliation cracked open, and out thundered (quite imperceptibly to the other people in the room, I’m sure) a “no” that was meant to say, “I can do it by myself, thank you very much, younger White guy.”

In that moment I turned away a friendly offer, defended my feckless pride, and walked away without an Urbana 12 keepsake T-shirt.

It’s now been about half a year since Urbana 12. One thing I’ve realized from my experience in St. Louis is that the simple things in life aren’t as simple as we might think. A word or two for us might communicate volumes for someone else and be microcosms of experiences and intense emotions.

I’ve spent a lot of time unpacking the insecurities that led to that “no” a few months ago. The path of discipleship—trusting in Jesus for everything as well as taking our hurts and fears to him—isn’t an easy one. It hasn’t been easy for me to learn to accept help, to say the words “thank you,” and mean it. But the simple words “thank you” hold greater significance for me now. They symbolize vulnerability, they embody humility, and they acknowledge divine providence and the human agencies God often chooses to use to provide for people’s needs.

I’ve grasped more meaningfully and practically what it means to say that the gospel makes beggars of us all. The grace of God in Jesus Christ is a more profound gift than anything a human being could offer. Since I’ve accepted such a great gift, I’m learning more and more not to sweat the small stuff—and to just say “yes” to friendly offers like Zach’s.

This week at the blog, just over six months since close to 16,000 of us gathered in St. Louis, we’re telling stories from Urbana 12. How did God speak there? What has he done in these past six months? What have you learned? How are you different?

The stories we’re sharing offer a range of experiences—both hard struggles and deep joy. We hope they encourage you to reflect on your own Urbana experience, and to continue to tell others the story of God’s work in you.

Darlington Mushambi works for the Student YMCA at the University of Cape Town in South Africa.

Read our other Urbana follow-up stories:

What God’s Doing at Lehigh

Living for God Is Hard, Part 1

Living for God Is Hard, Part 2

Or take a look back at the images, numbers, and videos from Urbana 12.