Is it better to give or receive? | InterVarsity
Skip to main content

Is it better to give or receive? 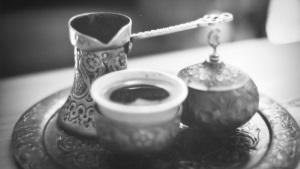 Moving from the States to serve students in Bosnia & Herzegovina 2 1/2 years ago introduced me to countless different ways of doing life. Cultural habits, traditions, social mores…I usually learn them by doing the wrong thing. During training with InterVarsity Link, one leader said the goal was to become bi-cultural: not to be 100% Bosnian, nor remain 100% American, but to take that which is God-honoring from both cultures and harmonize the two. Birthday celebrations have given rise to one such lesson.

My American upbringing taught that my birthday was a time to receive from others. They bring presents to my party or, as we aged, we’d go out to dinner together and they would pay for me. There was a lot of love behind this tradition, though at times it was hard to accept an offer to go to a friend’s birthday meal at the most expensive restaurant in town!

My first birthday celebration in the Balkans took place, as do most social events, over strong Bosanska kafa (coffee) in a cafe.  As we prepared to leave I pulled out my wallet, but realized that the guest of honor had slyly already taken care of the bill. About 12 people were present. “But it’s your birthday!” I protested to her. “Yes,” she said, “and so it’s my honor to pay for my friends as a show of my love for you.” We talked about the competing traditions, and she—and the others present—thought it was hilarious to think of inviting your friends out with you and then expecting them to spring for you. (Bosnians do give gifts, but that’s a different story.)

As I’ve reflected on this over many more celebrations, I’ve come down squarely in the Balkan camp on this issue. For one, there are practical problems with the tradition I learned growing up. Friends with low finances are put in an awkward situation by my invitation: say no and insult me, or say yes and break the bank. This sounds almost like a justice issue you’d find in Amos alongside the cows of Bashan.

But there’s another reason. In my tradition, the emphasis is on receiving. Because it is my special day, you should spend your money on me. The blessing is in getting stuff. My friends pay to celebrate me. But as my Bosnian friend said so well, if the guest of honor pays they show that the blessing is in giving. Their friendship is a gift to me, and they make my day complete not by their money but by their presence.

what a great lesson!

what a great lesson!

This is great! My thought to

This is great! My thought to add on are that I've seen that because our American culture values receiving to such a great extent, when we do give, we give to receive something (respect, honor, value, tax credit, etc). Rarely have I seen a case where a person takes joy in giving, and giving abundantly. from John 10:10 "... I came that they may have life and have it abundantly." Last time I checked, Jesus didnt give us life abundantly by letting us give to him. In fact, he gave the ultimate gift for us. Stephen K