Lamenting the Pandemic—Partnering with God through Prayer 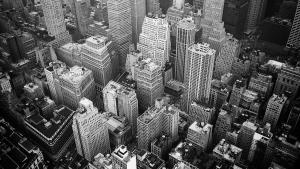 In March 2020, I found myself living out the book of Lamentations. I watched firsthand as the City That Never Sleeps became the city with the most confirmed COVID-19 cases in the country.

Drastic changes had to be made all across New York City. Nonessential businesses were closed, schools and universities moved online, and other shelter-in-place measures were taken.

“How deserted lies the city, once so full of people! How like a widow is she, who once was great among the nations!” (Lam 1:1). That’s how the author of Lamentations describes what’s left of Judah after the Babylonian invasion in 605 BC. It’s a hard book to read. Some of the images are really heartbreaking and graphic. As a kid, I couldn’t relate to it at all, but reading it again now, seeing a city full of empty streets, that’s exactly how I felt.

Throughout Lamentations, the writer saw the brokenness of individuals, relationships, his nation, and the world around him. So did I. I saw a disproportionate number of African Americans dying from the disease. I saw millions of people lose their jobs and their ability to support their families. Our nation’s worship of the economy was exposed as many people’s hopes and wishes crashed with the stock market.

Just like the author of Lamentations, I lamented. I wept and cried out to God to make all things new and pleaded that Jesus might come establish his kingdom on earth as it is in heaven.

What surprised me during my lament was that God filled me with compassion for the world. He invited me to pray and intercede. I began to pray that the Lord might forgive us because we know not what we do, that he would open our eyes to see the ways we’ve invested in this world and not his kingdom. I interceded more than I ever had, both for people I knew and people I didn’t, that we might all die to ourselves and experience life with God.

I wonder if God is inviting his Church to take a similar posture in this season. In a season where so much of our time is spent grasping for the control we once thought we had, maybe God is inviting us to recognize we were never in control in the first place. Maybe he is calling us to lament the ways the world does not look like his kingdom and pray that he might restore all creation back to himself.

We can’t make this world new—that’s the job of Jesus and the Holy Spirit. What God invites us to do is partner with him by being his witnesses in Jerusalem, Judea, Samaria, and to the ends of the earth (Acts 1:8). And one of the tools he’s given us is prayer.

Friends, in moments of deep pain and struggle, I want to invite us to lament the brokenness around us, just like the author of Lamentations. And in our lament, I pray that God might fill us with compassion leading us to pray that those experiencing brokenness might experience newness of life with Jesus.

By Sarah Schilling
Pruning Spiritual Disciplines in a Pandemic

I haven’t felt like praying lately. Of all times you’d think I’d want to pray more, it’d be right now—alone in my one-bedroom apartment in a foreign country during a global pandemic.

By Anne McCracken
Learning to Listen

By Kelly Aalseth
A Liturgy for the Coronavirus Crisis

Sometimes it can help to have a prayer that’s already been written and to pray it in community (even if it has to be online community right now). Here’s one prayer you can pray aloud with others to help spur you on to pray more.