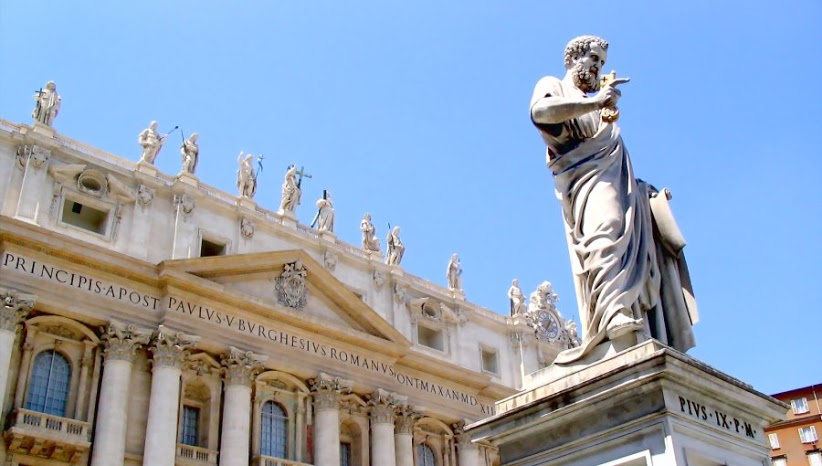 The Catholic Church’s election of Cardinal Bergoglio to serve as the new pope is a historic move. Because even though the largest share of the world’s Catholics live in Latin America and the Caribbean, there’s never been a pope from either place; Pope Francis is the first.

Being “The First” can carry a lot of pressure. But it also offers a lot of opportunity.

From my time working with LaFe, InterVarsity’s Latino Fellowship, I’ve learned that Latinos have unique contributions to make in God’s mission in the world. Here are some gifts found in the Latino community that might impact the ministry of the new pope.

As the news media digs into Pope Francis’s history, they are uncovering stories that show his hospitality: taking the bus instead of a limo, standing on the level of the people, choosing to live in an apartment instead of a mansion so that he can be closer to his people.

These may not sound like “hospitality” to you. For many people, hospitality means entertaining, throwing parties, and breaking out the fancy dishes. But there’s more to hospitality than that.

Hospitality for Latinos looks like life lived together. We tend to welcome people into our homes and lives, sharing food and stories along the way. “Mi casa es su casa.” People who are not our family become our family. And this has a huge impact on the way we do ministry and missions.

I see this quality all the time in LaFe. Latino staff and students share their lives with a high degree of transparency, which creates an environment of trust, one conducive for forgiveness and reconciliation and transformation.

If Pope Francis can hold to the culture of Latino hospitality, God may use him to bring a great deal of healing to a church that desperately needs it.

For years, people have noted that the global church is growing most rapidly in the often-disenfranchised Global South. This is especially true for the Catholic Church, which is spreading like wildfire in Africa and thriving in Latin America. As a leader from the Global South, Pope Francis has a platform to represent people who have had little voice in global affairs.

This is often the way it is in the Latino community: one person climbs onto the platform to speak prophetically for the whole pueblo, the whole people. In my family, my grandmothers played this role, communicating the values of our family to the outside world: hard work, education, and familia. In LaFe, Orlando Crespo, our director, plays this role. And over the centuries, people like Bartolomé de las Casas and Cesar Chavez have been prophetic voices for the Latino community as a whole.

This is a beautiful aspect of our culture. But it is also a point of struggle, because it can cause us to forget where we came from, to forget our roots. We lose touch with our people. We go off to college and get out of the barrio and forget. Our children never know. And prophetic opportunities pass us by.

This is one of the reasons why I love that, as LaFe staff, we help students explore the experiences of their people. To some it feels like an optional extra. But we have come to believe that God’s gift of an ethnic heritage—his gift of a pueblo—is intimately connected to his invitation into mission.

Some people are asking whether Pope Francis counts as a Latino Pope, since he has white skin and an Italian last name. Is he really Latino?

I’ve had that question asked of me too many times to count, because I’ve got blond hair and my sons have pale skin. But to be Latino is to hear that question.

The Latino community is the by-product of the collision of continents. Europe and Africa and the Americas fused together to form us. We are multiethnic, multicultural, multinational. Some even deny that a category should exist for us. But here we stand. We are the bridge between all of these continents, reinforced by wave after wave of immigration and integration without full assimilation.

In LaFe, we try to help students understand and make the most of their bridge status. The reality is that being a bridge can be painful and costly. Bridges get stepped on and require pastoral support beams. But bridges make cross-cultural connection and communication so much easier. For many of our campuses, students trained by LaFe are acting as agents of reconciliation between communities that have been historically divided, bridging people from different generations or languages or cultures.

Pope Francis is Argentine with Italian heritage. A large portion of Argentina’s population can trace their roots to Italy, as wave after wave of immigrants flooded Argentine cattle country when wars were rocking Europe.

And for generations, pope after pope came from Italy. Italy was the center of the Catholic world. As that center shifts and more and more Catholics live in the Global South, Pope Francis can serve as a bridge between the church’s heritage and the church’s future.

What do you think? What difference will it make that the new pope is Latino?

Steve Tamayo is an InterVarsity Area Director for South Florida and also blogs at http://yosteve.blogspot.com/.

Or check out these books from InterVarsity Press:

Being Latino in Christ by Orlando Crespo

A Future for the Latino Church by Daniel A. Rodriguez

Great thoughts, Steve. The media reports of Pope Francis have definitely shown his hospitality. Even though I'm not Catholic, I look forward to seeing what bridges he can build. BTW, a Facebook friend was asking the similar question about Francis' ethnicity. Considering that two of the world's most famous Argentines - Lionel Messi and Manu Ginobli - are also of Italian descent, I think the new pope fits right in.