Living with a Death-Defying Hope | InterVarsity
Skip to main content

Living with a Death-Defying Hope 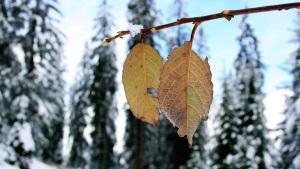 My friend Joel died on my 13th birthday. We’d just returned from the grocery store with cake mix, balloons, and streamers when my mom got the call that we knew would come. The cancerous tumors in Joel’s brain had come out of remission earlier that year. By late summer his treatment options had been exhausted. My mom, who was also a minister in the small United Methodist church Joel’s family attended, went to be with them. I sat at home with my brother and sister in shock and silence, bitterness creeping over me in waves. I’d been looking forward to this birthday, to full entry into teenage life, but there was no cake, no celebration, no blessing. Just a crushing sadness that wouldn’t end for several weeks.

Recently I spoke to a friend who is going through a non-physical kind of death: the anguish of separation from their spouse. There are no words strong enough to mend the shattered dreams and broken dishes. Nothing can insulate the souls of the children who absorb and internalize the icy silences.

The Bible refers to death as a great enemy. In American culture, there are two ways we usually deal with death: denial and despair. But Scripture offers a different way.

Our cultural moment most often deals with death by denying it. We eat acai berry and kale salad to supercharge our bodies. Industries have developed around helping us look and feel younger. We have assisted living facilities where we can isolate those whose health is failing and insulate ourselves from confronting our mortality. We experience compassion in the wake of the great tragedies of our day—the death and displacement in Syria, the emerging famine in east Africa, or the crisis in Yemen—but quickly move on.

The book of Ezekiel tells about a group of people committed to dealing with spiritual, cultural, and physical death by denying it. They are called false prophets, and these particular ones preached during a 10-year period between Jerusalem’s first defeat by the Babylonians in 597 B.C. and the ultimate destruction and devastation of Jerusalem and of Solomon’s temple in 587 B.C. They were saying, “Jerusalem will not be destroyed. Everything is fine. That defeat was just a minor setback. Don’t worry; be happy.”

God’s response to denial is interesting. Sometimes people assume that religion is about denying or avoiding difficult reality. That might be true of some religious people, but it is not true of the Bible. God confronted the false prophets with the sober reality, saying: “Woe to the foolish prophets who follow their own spirit and have seen nothing! Your prophets, Israel, are like jackals among ruins.”

Here’s the point. When we deny death, we end up colluding with it.

For example, as a leader, I’m tempted to deny the anxiety I feel about activities and outcomes I can’t control by working intensely and intensively. Usually when I do this, my wife, Sophia, will confront me with reality by saying something like, “I see you’re winding yourself up around work. I am not getting on the crazy train with you.” And what do you think my first response is? It’s to deny the truth: “I’m not on the crazy train!” But when I over-work in anxious toil, I collude with death!

So even though we hate the way death creeps into our lives, churches, relationships, and calling . . . we can’t deny it, because when we deny death we simply collude with it.

Another way we deal with the reality of death is giving in to despair. We see evidence of despair in the book of Ezekiel as well, especially in chapter 37 on the valley of dry bones. The setting of this passage is after the destruction of Jerusalem and the temple in 587. There’s no more false hope. The people are saying, “Our bones are dried up, and our hope is lost; we are cut off completely.” This is the language of despair.

Despair says, “What’s the point of reaching out to that relative [or colleague, friend, or broken relationship]? Things will never change.”

We see the fingerprints of despair in the New Testament as well. In John 11, after the death of Mary and Martha’s brother Lazarus, they both greet Jesus with exactly the same words: “Lord, if you had been here my brother would not have died.”

Despair is a direct assault on the character and capacity of God. In the face of death or loss we feel abandoned by God, like God doesn’t care or perhaps is powerless to bring change.

Sarah is a student I met at one of the campuses I minister at. I once asked her a question I often ask students: “If God were standing in front of you, what would you ask him?” She became deadly serious. “I’d ask him about my mom,” she said, and then went on to tell a heart-breaking story about how she’d watched her mom suffer from ALS and go from being a strong, independent woman to someone who needed to be fed and washed, and who could no longer speak. Sarah began to weep.

What can God do for us in our powerlessness over our compulsions, debilitating anxieties, broken relationships, bitterness, and disappointments?

Unless the gospel has good news for Israel in exile, Mary and Martha in grief, Sarah in her pain, and you and me in our powerlessness, we will end in despair.

The hope that the gospel offers us is something that enables us not to deny death nor to despair of death, but to defy death. There are three things we need to hold onto if we’re going to be people of death-defying hope.

1. The Word of God: In both Ezekiel 37 and John 11, the passages mentioned above, the dead are raised to life again in response to the word of God. This is deeply resonant with the story of Scripture from Genesis to Revelation. God’s word creates life, restores life, and redeems life.

Our ability to hope in the face of death is connected to our willingness to hear the word of God.

To have death-defying hope we must be shaped by the Word of God from having read, marked, learned, and inwardly digested it.

How is that going for you?

2. The Promise of God: Both the Ezekiel and John texts also point to resurrection—the promise of God for the people of God. It is impossible to have a death-defying hope without, as the old prayer book said, a “sure and certain hope of the resurrection to eternal life.” This is not a denial of the pain and loss of death, but rather confidence in a transformed yet continuous existence in that place where there is neither death nor suffering.

I remember being challenged by this when my mom was dying of lung cancer. As her body began to lose its strength and even her emotional and relational faculties diminished, a friend gently said to me, “Jason, your mom’s best days are not behind her. They are still to come. Do you believe this?” As I thought about what he said, I realized, in a whole new way, that I did believe in the resurrection. And that simple faith transformed the way I experienced my mom’s death. Was it still hard? Yes. Do I miss her still? Absolutely. But I have death-defying hope only to the degree that this promise of resurrection has worked its way down into my soul.

3. The Life of God: The best way to have that death-defying hope is to behold the way Jesus makes God’s life available to us. In John 11, Jesus gives Lazarus resurrected life, knowing that he will take Lazarus’s place in the tomb later, after he is crucified.

In Jesus, the very life of God was poured out to death, which means there is no place, not even death, where we cannot meet the life of God. Jesus took our death so that we can have his life.

I hate death! But when I see Jesus pouring out his life so that I can have access to the life of God, death has no sting.

We are called to be a people of death-defying hope, but it is only the gospel of Jesus that leads us to life with God. As we enter Advent in a few days—a season of longing for Jesus’ resurrection life to come in fullness here on earth at his return—let’s ponder anew the gift of life he’s given us, and live with brave, defiant hope in the face of the death around us.

Jason Gaboury serves as the National Director for Alumni Relations. You can support his ministry at donate.intervarsity.org/donate#890.

Struck
What happens when you come face-to-face with your mortality?

Joy in the Journey
Steve Hayner was serving as president of Columbia Seminary and was healthy and fit when he found out he had terminal pancreatic cancer.

Hopecasting
Mark Oestreicher shares the story of his trip into the desert—literally and figuratively—after a disruptive life event.
Login