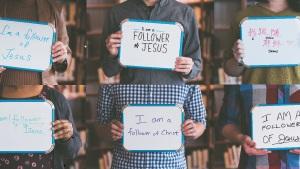 In his classic book Mere Christianity, C. S. Lewis compares Christendom to a large hall in a house “out of which doors open to several rooms.” These doors represent the traditions and branches of historic, orthodox Christianity; a follower of Christ may open a door and find behind it a chair and fire with which to make oneself comfortable.

With this image—what has come to be called his “great hall” metaphor—Lewis describes the process by which faithful Christians discern what branch of historic Christianity best represents, for their conscience, truth. His point is that the hall is for all Christians, and there may be a door for each of us whose room becomes a “home” in this life. But we must respect others who still remain in the hall, or find homes behind different doors, in different branches from ourselves. This is true even if we think they should join us behind ours, because the doors still connect to the great hall of mere Christianity—the body of Christ that makes up his Church.

The doors have names: Baptist, Presbyterian, Anglican, Orthodox, Roman Catholic, and many others. Together they form the whole of global, mainstream Christianity. Individually, each of them, in its strengths, offers something unique to the kingdom of God. And each of them, in its weaknesses, demonstrates the humility and open-handedness with which we must approach God’s revelation, and one another as fellow Christians.

One might reasonably object to this (and Lewis’s) conception of “great hall” Christianity. “But it seems like you’re saying that all of the traditions are equally valid! Don’t you care about truth? About doctrine? About false teaching?” Surely we do. And surely God does as well. But the rejoinder that must be asked of that question is this: Can one make a credible, effectual, profession of faith from within any of these branches, these denominations? Surely the answer must be yes. To say no is to claim that it is only in your “room” that anyone can be, or ever could have been, saved—which locks out the vast majority of faithful Christians who have ever lived. That can’t be right.

So the great hall it must be, then. In his classic The Gospel in a Pluralist Society, the British missiologist Lesslie Newbigin observed that God’s salvation is not merely for our own sake, but for the sake of God’s mission. We were saved not only to be something, but also to do something. Thus an extension of Lewis’s “great hall” analogy might be that it represents not only core doctrine but also core mission. Between the two, enough common ground exists for a robust, if imperfect, kind of unity.

The “imperfect” must be emphasized a bit. The division among branches that we currently have is not God’s ideal for his people, and, we can be sure, not what Jesus had in mind when he prayed for “complete unity” among believers in John 17. Indeed, we have arrived at this point of many “doors” because unity is hard, and because we’re sinners. One glance at the New Testament shows how, whenever Christians get together with the best of intentions, they find that fitting together as one body is easier said than done in every way—even, and sometimes especially, theologically. Most branches we have today came from painful splits—divorces, if you will—among people who had been operating as family. This is to be lamented.

And yet, now that we’ve arrived here, we can still strive for a kind of generous, imperfect unity that makes the best of the strengths of each branch. Where collaboration is possible, we can seek it. Where it does not feel possible, we can lament, but still respect the other as one made in God’s image.

What can happen when unity is fought for, as the tension of disagreement is recognized and navigated? For one, the energy is harnessed and released into God’s work. That means, in our case, radically more workers sent to campus, more students and faculty hearing the good news of the gospel, and many more campuses transformed by God’s grace.

For another, stereotypes are seen and broken down. It can be easy to construct images of different branches based on secondhand information, far-off observations, or our own erroneous presuppositions—those stodgy Presbyterians, those Baptist fundamentalists, etc.—and let them cause incalculable damage to our unity. These stereotypes are only broken down by rubbing shoulders with others from these traditions regularly, seeing firsthand how those from outside your tradition still love and honor Christ, are filled with the Spirit, and long for God’s kingdom to fill the earth. You have to see it up close. Stereotypes feed on ignorance. What breaks them is proximity, and curiosity.

Curiosity is just generosity plus energy. Aren’t you a little curious who shares this “great hall” with you? What similarities and passions you might share with your neighbors in the faith? What distinctives and cultural quirks you might learn from? What new friends you might discover?

In the coming weeks on the blog, we’re inviting you to crack open the door of your tradition and peek behind some of the others in the great hall by reading first-person reflections from a selection of denominations and traditions. By no means do these represent every Christian movement out there. Nor, we must emphasize, are each of these branches exactly uniform in every case. The posts represent one person’s experience from within these traditions, offered as a kind of “hey, get to know us a little bit more than you might already.”

When Christians from a variety of doors in the great hall join together in laboring for Christ and the truths we share in common, good things generally happen. Most importantly, we embody the final unity that awaits us at the more perfect Great Hall, where we will eat together at the wedding supper of the Lamb.

Introduction to World Christian History
In this brief history of the church from a global perspective, Derek Cooper explores the development of Christianity across time and the continents.

By Laura Abrams
How the Church Helps Me Flourish

Throughout the past 25 years, God has placed me in four distinct churches that have differed in denomination, race, socioeconomic makeup, and language. In these different communities, God has grown