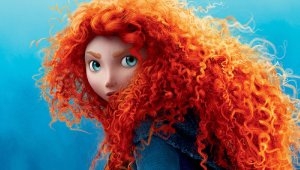 Okay, say what you want, but I love Disney movies. This love stems largely from my 90s childhood, when enchanted castles existed, genies lived in magic lamps, and lions were kings. I fully believe that despite the controversy and criticism, there is a legitimate reason why these animated films are so dearly loved. As consumers of more media than ever, we aren’t stupid drones. We’re human beings, drawn to beauty, creativity, and good storytelling (which is why I never understood the popularity of Teletubbies.).

“Legends are lessons. They ring with truth.”

This quote from Brave, the latest Pixar-Disney film, captures exactly why Disney movies impact culture so significantly. Legends—ancient stories and fairy tales—hold truth which resonates more powerfully in us than anything we’re taught in school. The good stories, the ones we remember and retell from generation to generation, echo a larger, ultimate Story—the Ultimate True Story. They make us believe that good triumphs over evil, that sacrificial love exists, and that there’s hope in “happy endings.” Legends remind us of the truth of the Gospel.

So when I set out to see Pixar’s Brave, I felt both excitement and apprehension. As Pixar’s first film to feature a female protagonist, Brave is also decidedly a princess story. Its heroine, Merida, joins a long line of Disney Princesses, who have attracted a lot of criticism for contributing to what might be considered “anti-feminist” ideals. Where could the Gospel possibly be found in that?

A little too feminist?

But Merida, the daughter of Scottish royalty, is not your typical princess. Even some of the “newer” Disney princesses who spout rebellion and independence eventually cave to tradition, falling in love with the handsome prince (or homeless thief, if you’re Jasmine, or huge hairy Beast, if you’re Belle). But love and marriage simply aren’t a concern for Merida, and she can’t understand why it’s so important for her to find a husband.

The film centers on women who buck the traditions of marriage and patriarchy. Though Queen Elinor retains firm views on her daughter’s obligations to a political marriage, she demonstrates strength, poise, and wisdom, effectively running the kingdom without much help from her husband. Indeed, King Fergus and the men of the other clans seem only useful for comic relief. Merida’s own stubborn, wild spirit matches her uncontrollable red hair (an impressive visual achievement, for you animation buffs).

Brave certainly brings a refreshing “Pixar-ness” to the princess genre by presenting a flawed, messy heroine, whose journey runs entirely without a hint of romance and whose mother is neither dead nor evil. But the film is not merely a 100-minute long two-dimensional feminist mantra either.

In Disney’s classic fairy tales, princesses fall in love, marry the prince and live in the big shiny castle. Through aggressive marketing we assume that in order to be a princess, you must love pink and have long blonde hair. We’re told that princesses find their identity in what they wear, how they look, and the royal hottie at their side.

Merida, in contrast, demonstrates that a princess isn’t always perfect, but learns from her mistakes. She loves her family and honors her responsibilities. She willingly sacrifices her life for someone she loves. She finds her voice as a young leader, and uses her influence and gifts to bring together a broken kingdom. Merida isn’t so much an “atypical” princess as she is a woman redefining what it means to be a true princess.

A true princess is one who lives in the way of the King. As a daughter of God and a princess in Christ’s kingdom, my identity lies in being wholly loved and powerfully sent out to live and act as Christ did. I can shed the misconception that my value is found in my non-blonde beauty or my non-existent husband. Instead, I can offer myself and utilize my gifts as I come alongside what Jesus is doing to build his kingdom.

I’ll let you decide if Brave should go down as legend among Pixar’s impressive collection of films. But there’s no question: it rings with truth.

Laura Li serves as a graphic designer with InterVarsity’s twentyonehundred productions. As a self-proclaimed “Disnerd,” she’s spent the last year watching and reviewing all the Disney animated films, aiming to find echoes of the Gospel in each story. As of June 25th, she’s completed 38 reviews and has 13 to go. Read about her adventures at her blog, Disnerd Adventures.

Thanks, Laura. That was fun

Thanks, Laura. That was fun and well-written. All four of us saw the movie on opening night. Too scary for some, but mostly enjoyed. Her hair is my favorite part! - Lisa

Well said, my friend! I can't

Well said, my friend! I can't wait to see this. Becky

Big thank you to Kirsten

Big thank you to Kirsten Peterson, a Cal Poly IVSLO Alumni for all her hard work with helping create this movie.