The Mystery of Nations | InterVarsity
Skip to main content

The Mystery of Nations 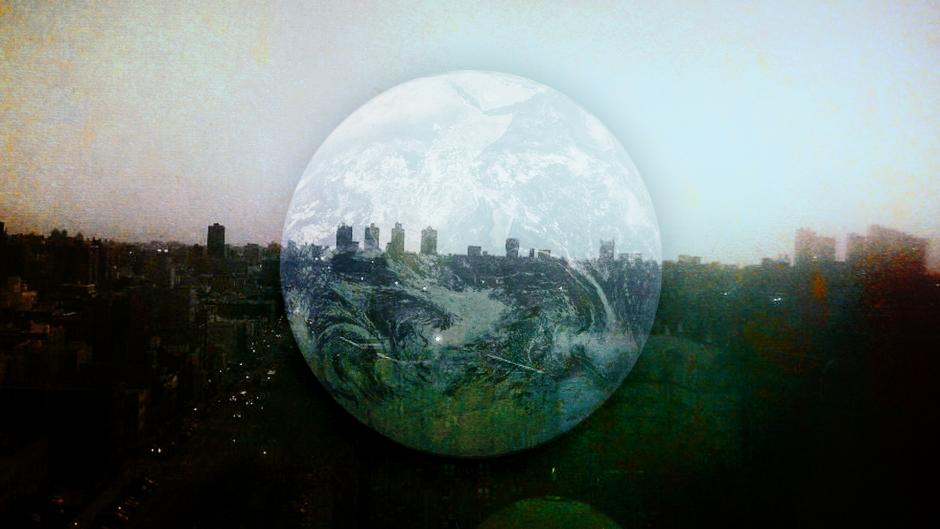 I just looked it up, thanks to the miracle of the Internet, although I use that term loosely (miracle, not Internet). Right this moment, I can book a flight from Chicago to Bangkok and be wheels-up to Thailand in six hours, carrying nothing with me except a messenger bag filled with beef jerky, a “Speak Thai-ish in Less Than 24 Hours!” phrase-book, and a vague sense of dread owing to the fact that I cannot, specifically, locate Thailand on a map.

Zero to Thailand in a day. All for the reasonable sum of $2,339—less, if I am willing to travel “economy class,” which is airline slang for “in the cargo area.” I am not willing to do this, mostly because I value my life deeply, something I cannot always say for the airline companies.

Still, Thailand in a day. That’s pretty impressive. Right now, I don’t have a lot of Thai in my life. I’ve got a couple of Thai friends that I know on Facebook, which is basically the same thing as saying, “I don’t know any Thai people.” And there’s some Thai food happening occasionally, but that’s a hit-or-miss proposition made even more sporadic by an aggressive case of being Scandinavian that I’ve had since birth.

Beating My Letter to Thailand

But I can change all of that in 28 hours. I can cross an ocean—again, not sure which one; let’s please let this go—drop down out of the sky, and talk with, mingle with, experience gastrointestinal distress from eating with, actual Thai people. No other word can describe this besides miraculous. Think: if I mail a letter to Thailand, I can then board a plane, beat that letter to Thailand, and receive it myself right there in front of the Thailand Post Office. That the letter will read, “I can’t believe you wasted $2,000 to do this” will be beside the point.

22 hours to Thailand. Stockholm in 13. Rio de Janeiro in 12.  Moscow in 20. The scope of world travel is such that I can visit almost any country, see any culture, hear any language, or shake the hand of a person of any ethnicity in the world if I have the means and the vacation time.

That openness mirrors the easy access we have to other cultures and ethnicities elsewhere in our lives. Digital communications technologies allow us to have friends in far-flung lands without also being ham radio enthusiasts. In most towns, regardless of size, we can find a variety of ethnic foods. And in even the most racially homogenous parts of the country, we rub shoulders with ethnic minorities in our everyday lives, although I have heard that these shoulder rubs make them uncomfortable.

This environment has affected the way we understand the concept of “nations.” JV-level linguistics: words are signs. They are units of communication that express meaning. Meaning is affected by a myriad of factors—one of which is the context in which the word is used.

In the most common configuration of the Great Commission, Jesus’ charge is to go into “all the nations.” When I read “nations,” my globalized context instantly—and I mean that literally—shapes the way I understand the word. The definition of “nations”—a geopolitical entity or ethnic group—and my context—that wall map of the world in my house, my Facebook friends from Peru, my assumption that everywhere on earth is just a plane ticket away—all collide at the speed of light in my brain the second I hear “nations,” from which I construct a meaning.

The Great Commission has gained much thanks to the 21st-century context of globalization. We (Western Americans) know more nations than ever. We can envision twelve separate cultures without even working hard. We can, with little effort, imagine the sweetness of every tribe and tongue worshiping Jesus together. This is good.

What is lost, thanks to this globalized context, is how utterly crazy this is.

Did You Say Six Miles, or Six Thousand??

In AD 33, nations were not an Internet connection away. There were no travel books. Journeys took weeks, months, years, and you carried a sword because it was dangerous. There was no travel-hacking of frequent-flyer miles. No rest stops or hostels. What was known about the nations among ordinary people often came in the form of hearsay, rumor, or legend.

This was the disciples’ context. They were not yokels, to be sure, and to insinuate otherwise is an unfair caricature. But that context shaped, inevitably, how they heard the word “nations.”

The disciples didn’t have an answer to the question of how many “nations” there were. Nor did they know what any of those nations were like, except a few. They didn’t even know how far the world extended. And so, buried in their understanding of “all nations” was a kind of universality whose fullness springs from the mystery of what “universal” actually means.

When we go thousands of miles for the sake of missions, we take for granted even the knowledge that it will be thousands of miles. But the disciples didn’t know how far they’d have to go. Six miles? Six thousand? It was a mystery. This mystery charged the concept of “nations” in the disciples’ ears with the force of its incomprehensibility. How large was God’s love for the nations? It could only be as large as the world that held them—and as far as any of the disciples knew, the world went on forever.

This is worth thinking about, especially as the Urbana 12 Student Missions Conference approaches. We hear the Great Commission through the grid of proximity. The disciples heard it, in part, through the grid of infinity. I can only guess what they must have talked about when they discussed “all nations.” Where are you going? Not sure. Who will you meet? Couldn’t say. How long will it take you? I don’t know. How big is God’s love? That big.

Drew Larson serves on the editorial and development team at InterVarsity.

Who's at the Table?

I loved reading your article!

I loved reading your article! And it's right in line with what has been revealed to me lately too...that in the context of the original Greek of that verse, it actually reads more like go into all the nations, ethnicities and tribes around you. Now obviously Revelation states that the Gospel must and will be known globally before His return, so of course that means international missions. But I have also come to realize that it even includes missions around our own sphere of influence--our coworkers, the cashier at the supermarket, the woman with a scowl of concern staring out the window of a Starbucks. Just something interesting to think about. ;-)

That's cool, and it hints at

That's cool, and it hints at another theme I didn't think about! For us, the new "mystery of nations" is the way that, even among places we know (or think we know) so well, the Gospel is *still* going out to unknown places. Just because we have maps of the geography of the earth doesn't mean we have "maps" of the people we encounter, or the placss we live, or the directions God is taking us in life. Even as we've lost the physical mystery of nations, the more general mystery of "What is God doing in this place I'm in now? What does it look like and how far does it go?" still remains. This gives us both humility and encouragement. We never know quite what God is up to, but the disciples didn't either. We explore our little acre of space-time while carrying that humility and encouagement with us! Glad you liked the article!