The Need for More Resources for First Nations Ministries 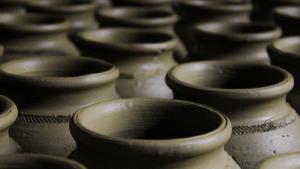 I once had a picture in my mind of several pottery jars. Some had First Nations designs on them, some Celtic, some African, Asian, and many more. I saw a hand pouring water into each pottery jar. It was like Creator (God) was saying to me that he has poured some portions of his gifts of grace into each ethnic group. Gifts of grace that can only come to others through each ethnicity and in relationship with them.

This picture has remained with me for many years, and I have shared it many times. I always ask this question of listeners: Is the body of Christ living on Turtle Island (North America) willing to drink from the grace Creator has poured into our Native people?

In June of 2021, Donnie Begay (Navajo) and I traveled to Cru’s Jesus Film Project headquarters in Florida. Donnie and his wife, Renee (Zuni), head up Cru Nations, a First Nations ministry that shares Jesus with Native students on college campuses. You can read his story about our trip here.

During our conversations, Donnie expressed to me his ongoing concerns about how few resources have been developed for use with Native ministries. Especially resources that are culturally relevant and relate to college students. Without these resources, the message of the Good Story (Gospel) becomes a greater challenge to share in meaningful ways.

Time for a Change

Donnie’s observation only hammered home what we already had seen in Native InterVarsity. But I believe that perhaps the timing is right for a change.

One new resource, the First Nations Version (FNV): An Indigenous Translation of the New Testament, was just released by InterVarsity Press (IVP) on August 31 of this year. The FNV is a dynamic equivalence translation that captures the simplicity, clarity, and beauty of Native storytellers in English, while remaining faithful to the original language of the New Testament.

Along with Cru, we also have developed an animated film based on the FNV called “Retelling the Good Story.” This is the first film of this type created with our First Nations people in mind.

The Jesus Film Project staff and the artists involved approached this project with respect for the culture of our First Nations people. After a year of working virtually, our trip in June was our first face-to-face collaboration. Josh Newell, the Jesus Film Project’s Executive Director, and a few other staff greeted us. We exchanged gifts, answered questions, told a few stories, and were interviewed about the project.

The two days we spent there were so valuable. We met Dominic Carola, the animation project leader and founder of PREMISE Entertainment. His team worked tirelessly to make the cultural changes needed to honor our First Nations people. When we arrived, they took us into the digital art studio and showed us how the animation was done. Yes, we were creating quality resources for Native ministry, but also developing cross-cultural relationships for the future. As far as I am concerned this is what ministry is all about!

The next day we worked with Dani Donadi, a world-class musician, and we accomplished in one day together what would have taken at least two weeks online. And we are convinced that the music we developed relationally in face-to-face collaboration was far better than anything we could have done long-distance.

The result of our work was a six-and-a-half-minute video and two three-minute videos—three resources that are already being used by Cru Nations, Native InterVarsity, along with other Native churches and ministries. These videos will open up new conversations, lead into Bible studies, and most of all introduce Jesus in a culturally honoring context.

This was the first collaboration between these two separate organizations. I like how these projects have brought them together in sharing the same goal to reach all nations with the love of Creator Sets Free (Jesus). Perhaps that is one of the gifts our First Nations people can bring to the table. We love to gather and bring diverse peoples together; we have been doing that in our powwows and intertribal gatherings for longer than recorded history.

Hope for the Future

So what does the future look like for further development of quality resources for and by First Nations people? We believe the FNV has the potential to open many more resources. Donnie has invited me to help him develop a FNV Bible study booklet based on the book of Ephesians. It will include insights from several First Nations leaders and elders. This could be the first of many other FNV Bible study materials created for Native groups on college campuses and beyond.

We have received many reports of how the FNV is changing lives. Some Native college students have come to faith just from reading the FNV. And one Native man who hated Christianity changed his mind after reading a copy of the FNV. This translation is also touching many followers of Jesus in our majority culture in new and fresh ways. We consider the FNV to be a gift, not only to our First Nations people, but also from First Nations believers to the larger body of Christ.

As my wife Darlene and I have traveled abroad in other countries, we have found that First Nations people are well received, but here at “home” we are often out of sight and out of mind. My hope is it’s time for that to change. For the majority culture to recognize the value of our First Nations people and the beauty our Creator has invested in our tribal nations. For us to stand together and support each other with our gifts.

Miigwech Bizendowiyeg (thank you for listening).

Romans 12:3–5 (FNV) Do not think too highly of yourself. Instead, understand that the Great Spirit calls us to different purposes in answer to our trust in him. For just as our bodies have many members and each member has a different purpose, it is the same way with the body of the Chosen One. We are members of his body, and each member belongs to all the others.

Terry M. Wildman (Ojibwe and Yaqui) is the lead translator, general editor, and project manager of the First Nations Version: An Indigenous Translation of the New Testament. He serves as the Director of Spiritual Growth and Leadership Development for Native InterVarsity.

By Rashawn Ramone
Context & Community—Striving to Be Good Missionaries

Throughout my life, I never thought I’d be a missionary, let alone a good one. But as followers of Creator Sets Free (Jesus), called to share his good news to all people, we’re all missionaries in some sense (Matt 28:19–20). And being called to be a missionary on campus has brought a lot of healing in my life.

Hands tell a story. And like my granddaddy, the story of the apostle Peter is also in his hands. It’s a story of four hands in two places, and a picture of the redemption that transforms our weakest moments.