No One’s Going to Read Your Résumé at Your Funeral 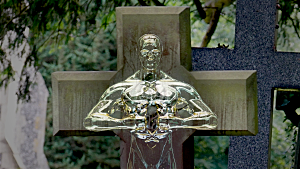 For as long as I can remember, I thought there was some magic pill. I daydreamed of some incredible choice or combination of right career moves that would somehow propel me into the perfect life. This thought process was not limited to careers. I overthought everything. I placed so much worth in making the right decision. Specifically, the right decision.

In my core, I knew that this thinking was flawed. I knew the “who” rather than the “what” of my everyday life was more important. But that didn’t stop me from asking my ministry professor about the “what,” my “what,” the magic next step I needed to take. As if a stranger would have some divine insight that I just somehow missed. That he would tell me that I should have turned left five stops earlier, and maybe then my life would have been perfect. If I had just applied for one internship over another. Or maybe if I had studied harder to get my GPA just 0.1 point higher, everything would have changed. Maybe if I had switched my major just one more time?

But he had no such answer. Drat.

He told me the hard and obvious truth that it’s never about the choice. It feels so overly simplistic to say that life’s not about this job or that position, but it’s not. It’s not your accomplishments that people will remember at your funeral.

What if life was actually just about the job? Whether it’s positions, status symbols, or certain accomplishments—it’s normal to chase after the things that tell us that we are important, that feed our egos. Though no one reads your résumé at your funeral, they do comment about those “shiny” symbols of worth throughout your life. People are quick to praise us if we are promoted to some new fancy position. Or congratulate us whenever we “accomplish” something.

The most practical example of this comes from a friend, who was working under a well-established professor. This professor had a PhD, and she was the head of a major university program. If you were to see all her accomplishments written out, this woman would be a source of envy for many.

But this same “accomplished” professor treated my friend horribly. And despite her accolades, she never appeared happy. She was unreliable and often hurtful. Ultimately, my friend left that job.

The issue with focusing on the trophies of life and investing our time chasing these shiny symbols is that it’s like trying to save for a house with monopoly money. Monopoly money feels powerful to have while you’re playing the actual game of Monopoly but ultimately holds no value. And though chasing trophies may feel like a valuable use of our time, in light of eternity, I am reminded that, “If I have the gift of prophecy and can fathom all mysteries and all knowledge, and if I have a faith that can move mountains, but do not have love, I am nothing” (1 Cor 13:2). Our pursuit of the wrong goal leaves us bankrupt. When we should have been choosing to love, we were worried about what mountains we were going to move. This is not to stay that moving mountains or achieving great feats is wrong. The problem comes when we chase these accomplishments and forget love, when we get so caught up in what we can achieve that we forget the importance of who we actually are.

The Truth about Contentment

So after some more thought, I decided to take my professor’s advice. I began to focus on the “who,” the dreaded “who,” the one who doesn’t get to pretend that a particular situation would change everything. When I did this, concentrating on the virtues of who I was rather than what I was doing, it forced me to see what needs to change in me rather than the situations I found myself in.

When we choose to focus on who we are rather than what we are doing, we become more like the Apostle Paul. A great man of God who shared in Philippians 4:11, “I am not saying this because I am in need, for I have learned to be content whatever the circumstances.” Paul presents the countercultural idea that regardless of what his job was, if he had a BMW, or if he was taking the bus, if he had 50 Instagram followers or 50,000—he would still be content.

He realized something that the rich young ruler missed. In Mark 10, we read of this man who “did everything right” and came to Jesus asking what he could do next. Jesus “felt a love for him and said to him, ‘One thing you lack: go and sell all you possess and give to the poor, and you will have treasure in heaven; and come, follow Me.’” This young man had followed the commandments and, up to this point, honored God with his life. But when finally asked to give up his possessions, he couldn’t. He was “saddened” because he “owned much property.”

The danger of chasing after accomplishments and things instead of God is that we ultimately miss the point. And in some cases, chasing these accomplishments can even distract us from what really is of value. This man walked away from eternity because he was distracted by the present, by what was in front of him. He looked at his piles and piles of what was essentially Monopoly money and couldn’t give that up. He missed the mark.

Focusing On My “Who”

Though I still thought about my “what”—it would be naive and unwise to entirely ignore that—I decided to focus much more on who I was in light of Paul’s example versus the rich young ruler’s. I wanted to be diligent, to take my work more seriously. I wanted to be more nurturing, loving, and patient.

And as I focused more on the “who,” I suddenly saw the “what” of my everyday life begin to shift. The undertones of flavor in my morning coffee were just a bit sharper, the days, a bit brighter, and my colleagues, just a tad nicer. Was it always like this? Or did I just never notice?

As I dug deeper into my “who,” the person I believe God created me to be, I realized that without changing anything about my “what,” everything started feeling different.

At the end of the day when we reach heaven, God may acknowledge our “what,” but he will first look at the “who.” Though I was not inherently wrong in my pursuit of a life that gave me joy, the real issue was the means through which I believed I would find this fulfillment. It was never about getting that right job or chasing after the praise of others. It was about being who God created to me, regardless of the situation I was in.

Nina Thomas is an urban educator, speaker, and blogger. You can view more of her writing on her blog, brownlikecurry.com.

This is such good news, Nina.

This is such good news, Nina. My thoughts were along these lines when my mother passed away a couple months ago. We were able to give her what she desired most - the presence of her family loving God and loving each other. Thanks for this post!

Few things in life are as frustrating as a terrible job.

By Brenda Jo Wong
Does it Spark Joy? Decluttering Your Soul and Finding Joy

Tidying up like Marie Kondo is taking the world by storm. But what were to happen if we decluttered our souls? Here's how to do that.