From One International Student to Another | InterVarsity
Skip to main content

From One International Student to Another 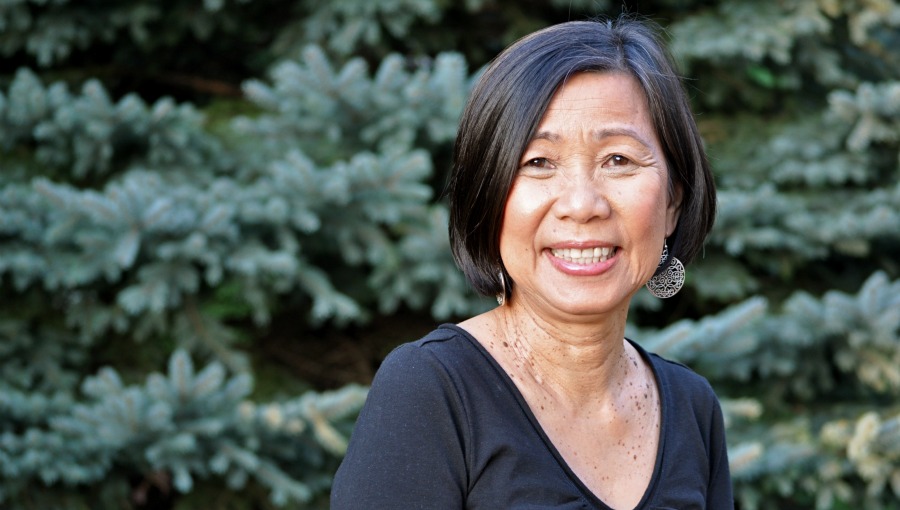 “I left home with a heart full of expectations – mostly positive, but I also had a certain amount of worry,” said Lisa Espineli Chinn, now the Director for InterVarsity’s International Student Ministry (ISM). As a student, Lisa was excited to come to the U.S. from the Philippines, but also nervous about being in a new country, at a new school, and without friends. Her prayer was that God would provide her with just one friend. Although it was not immediate, God did provide some wonderful friendships, a few with Americans, but mostly with other international students who could relate to her experiences.

It had not been an easy decision to pursue a master’s degree in the U.S. Lisa had already begun her career working with the International Fellowship of Evangelical Students (IFES), of which InterVarsity is a part, in the Philippines where she had graduated with a B.S. in Foreign Service. While working as a campus staff member, Lisa began to contemplate the next step in her life. She saw that a U.S. education was highly valued, and that it made a remarkable difference in the lives of her American-educated colleagues. So, after three years of discernment, Lisa became an international student in the U.S. “with a clear vision of returning home.”

From Entry to Reentry

Upon completing her M.A. in Communications from Wheaton Graduate School, Lisa asked her mentors and peers for advice in preparation for reentry. However, she quickly realized that good advice was hard to find and few reentry resources existed.

Lisa gathered that reentry was not a singular event, but a process. She felt she needed to take time to reflect on her experiences. So she set aside a full day for a personal retreat to recall God’s goodness in her life. She meditated on Philippians 2, spent time pondering what a higher degree would mean for her back home, and contemplated what kind of posture to maintain throughout the coming transition. This time of reflection proved to be very critical and beneficial in her preparation.

Following her own reentry, Lisa felt convicted to not only share her experiences with others but to develop resources for those living in foreign cultures as they prepare to go home. “Reentry is really the forgotten side of transition,” Lisa said. Most students prepare for their initial entry into another country, but then forget that when they are getting ready to go home, they have changed and home has changed too. Lisa gathered her thoughts and experiences into what eventually became Think Home: A Reentry Guide for Christian International Students.

She hosts reentry workshops around the world for returning students, InterVarsity and IFES staff, and others who simply want to learn to do reentry work well. Lisa said that “coming and going are both painful and both rewarding for international students.” Her workshops help students and staff ease the pain of transition for everyone involved.

One of Lisa’s goals as ISM Director is to “give students a new vision for the kingdom of God that includes their home countries.” This vision extends beyond the resources she creates and is reflected in the work being done by ISM campus staff across the country. Not only do staff help students to follow Christ throughout their time in the U.S., but they also prepare students to transition and continue to disciple a number of them after they return home.

After receiving degrees in the U.S., many international students go on to become influential leaders in business, government, and academia in their countries. By equipping and encouraging students for reentry and life back at home, ISM gives students the tools and confidence they need to grow in their relationship with Jesus and become spiritual leaders. Investing in these future leaders is one way InterVarsity is living out its vision to see “world changers developed.”

Consider sharing these InterVarsity resources by Lisa Espineli Chinn with them:

Allie Marshall serves as Communications Assistant for the International Student Ministry Department. She is an InterVarsity alumna from Carthage College.

Hi There, I was looking for

Hi There, I was looking for the customs and culture simulation game but the link appears to be broken. Where would I be able to find that resource? Thanks.