The Painful Gift of Cultural Displacement 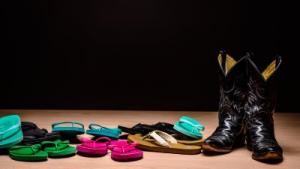 My first 10 years of life were spent within a two-block radius in Chinatown San Francisco. We lived in public housing, and my school and church were one block away in two directions. Less than a block away was every type of food that my mom bought for the family. Occasionally we took the bus through the big tunnel to downtown San Francisco, but I never imagined that we would live anywhere else.

When Chinese were allowed to own houses in San Francisco, my parents bought a home in 1965 on the other side of the city, an hour away by bus from Chinatown. We went back every week to our Chinese church, but everything was different in my new home community. There were no Asians, our house was accessible from the street, and I learned how to ride a bike. My classmates and neighborhood friends were no longer second generation Chinese students, and I was now the only Chinese American among my peers. I experienced displacement.

One definition for displacement found in an Internet dictionary is “the moving of something from its place or position; the enforced departure of people from their homes, typically because of war, persecution or natural disaster.”

Displacement causes distress, but its effect is determined by the type of displacement and the person who experiences it. There are so many types of displacement: economic, geographic, and ethnic/cultural, to name a few. You may have experienced displacement at your college, or in a new city, church, or work environment after college.

We are familiar with the horrific plight of refugees in war-torn countries. Forced out from their homes, communities, and country, they resettle in less than ideal places. People are also displaced when natural disasters destroy their homes. Recent floods and hurricanes have displaced people in Texas, Florida, Puerto Rico, India, Bangladesh, Cuba, the Bahamas, and many other places.

People in places like San Francisco and Hawaii are being displaced as developments and businesses take over affordable housing and neighborhoods. Small businesses are displaced when new restaurants or big-box companies open. Gentrification, where the rich displace the poor, is everywhere.

Since my childhood I’ve continued to have countless experiences of feeling culturally displaced as I’ve entered into ethnic or geographic cultures different than my own. When I was in college at San Jose State in 1974, I attended a predominantly White InterVarsity group, which felt unlike my Chinese church. Faith discussions seemed very different, I didn’t relate to the humor, and I felt awkward socially. Though I wanted to grow in my faith, I was a fringe member of InterVarsity because of the wide cultural gap.

One summer during college, I worked as a counselor at a Christian camp. I was one of two ethnic minorities in a group of 30 counselors and leaders. Even though I knew numerous White people growing up in San Francisco and while in college, my feeling of displacement was magnified because I lived at that camp for two months without being with any other Asians. In my Chinese American world, I was outspoken, loud, and funny. But in that camp setting, I found myself more quiet and felt insecure. In my home and church, we didn’t express our affection through hugs, but at the camp, hugging was a common practice among counselors and campers. I felt culturally displaced and didn’t feel like I belonged.

Displacement didn’t end when I finished college. I joined InterVarsity staff in 1978 and have served there since then. At my first staff training camp, I was very intimidated by the loud style and personality of those who were leading and wondered if I could lead in this new culture.

Then, in my early staff years with InterVarsity at San Francisco State, I was invited by a Black friend to visit her gospel choir. I really enjoyed gospel music and was very excited. On my first visit, however, we gathered around the piano, and the leader said, “Let’s do solos.” I felt fear, knowing that my voice and abilities were far inferior to everyone present, but I also knew that choosing to sing a solo was choosing to enter relationally in the gospel choir.

In 1992, I was asked to help replant InterVarsity’s ministry in Hawaii along with two other staff from the San Francisco Bay area. A once-thriving ministry in Hawaii, active since 1948, had shrunk down to two students because of unresolved conflicts with InterVarsity outside the islands. I felt cultural displacement as I moved from San Francisco to Hawaii in my mid-thirties. A single city woman was now on an island among peers who were busy mothers raising families. I looked like other Asians in Hawaii, but I knew I was an outsider, as Japanese and local culture were both very different from Chinese culture in San Francisco.

At our first New Student Outreach at the University of Hawaii, the other two staff members and I were fish out of water and did not know how to reach “locals” (born and raised in Hawaii). No students from Oahu would come to the InterVarsity table, even though we gave away a local favorite, mochi crunch.

A bit later, as the ministry developed in Hawaii, a local native Hawaiian student took me to a Hawaiian community on the other side of the island. She told me that I needed to kiss everyone—mostly men—on the cheek when I came and left. That seemed very uncomfortable for me because I didn’t even kiss my brother or father.

Eventually I developed many friendships with locals in Hawaii. But about nine years after living in Hawaii, I experienced displacement in a new way when I took local students on a three-week mission trip to Fiji that was led by a local Christian leader. Being completely immersed in that local culture showed me even more deeply that local culture is not Chinese culture or White culture.

In my 39 years on staff with InterVarsity in San Francisco and in Hawaii, I have experienced much dissonance and cross-cultural displacement. Language, humor, relationships, and values have often been different as I have crossed many cultures. InterVarsity training has not always felt relevant to me as someone from the city and then the islands and a very different multiethnic setting. Being part of a majority culture organization, I have often felt that I was swimming in dominant culture and might drown. I’ve found that most ethnic minorities I’ve known in majority culture settings feel the same way.

Yet as I was willing to be displaced culturally, God used me to reach out to and mentor people who strongly identify with non-Western cultures. I saw God develop powerful African American and Native Hawaiian leaders who minister in their cultural values and gifts, demonstrating more of God’s image. I had overflowing joy when two African American leaders I discipled led worship gospel-style at Urbana and when Hawaii’s Pacific Islanders worshiped and danced in their full cultural expression. Native Hawaiians have also led and influenced InterVarsity’s Native Ministries. I praise God that choosing to say yes to cultural displacement made InterVarsity richer.

Should We Avoid Painful Cultural Displacement?

Should we flee when we feel uncomfortable with people from other cultures? What if we’ve never experienced cultural displacement because we’ve only been with people like ourselves?

We can experience displacement for a few moments, a few weeks, a season of life, or be called by God into a lifestyle of displacement. Sometimes our fatigue with displacement is too great and we need to seek God and his community for guidance, wisdom, and strength. If you know and feel the hurt and pain of cultural displacement in an ongoing way or perhaps in a new workplace or city, you are not alone; Jesus understands and walks with you.

Sometimes God displaces us and sometimes we choose displacement to survive, thrive, or walk in obedience to God. However we end up being displaced, whether through persecution, a natural disaster, or by choice, such as taking a specific job, God uses displacement to shape us and draw us closer to him.

If you have not yet experienced cultural displacement, you will most likely have an opportunity to be the outsider in a new culture if you are open to God’s leading. Will you choose displacement when God asks you to do so? Will you have a posture of being open to God during displacement, learning and being incarnational as Jesus was? Or do you expect others who are ethnically and culturally different to only enter your world?

Be Blessed by the Painful Gift of Cultural Displacement

I invite you to take the risk of displacement. Make friends with someone who is culturally different than you. Don’t just ask questions but also share vulnerably about yourself. Be the only one of your culture in another ethnic group. The longer you are isolated from your own culture, the richer your cross-cultural experience will be.

When we experience displacement, sometimes we have the choice to flee when we feel uncomfortable or insecure. Other times we don’t choose displacement but it’s part of our journey to survive and thrive in this world. If you have the privilege to choose in or out of cultural displacement, know that many ethnic minorities don’t have that choice.

Working through the hurt and pain of displacement with God allows us to be blessed and transformed. Whether it be choosing to sing a solo at a gospel choir gathering or kissing men you don’t know on the cheek in Hawaii, God brings great fruit when we choose to take a risk and enter another culture.

As I experienced displacement in Hawaii and was open to God, he brought me much transformation, joy, and fruit in the kingdom. Our two students grew to four fellowships on two islands, including InterVarsity’s first ethnic specific fellowship for Pasifika (Polynesians, Micronesians, and Melanesians). Twenty percent of our 150 students became Christians last year. Our staff and volunteer team of 18 people are three-fourths local, and half are Native Hawaiian.

We will miss out on God’s rich image revealed in diversity if we don’t take the risk of displacement. I am so thankful to know deeply the gifts that other cultures reveal about God’s image—gifts I have experienced because of cultural displacement. Jesus wants to lead us all into experiencing this difficult yet rich gift. I will continue to choose it as God calls me into challenging places. Will you join me?

This article is dedicated to Junko Ritari, JJ Hansen, Phil Bowling-Dyer, and Moanike'ala Nanod-Sitch, dear friends and 'ohana who brought me much joy, grace, and transformation in this journey.

Brenda has spent over 44 years leading, discipling, and developing InterVarsity students and staff in San Francisco and Hawai`i. You can support her ministry at https://donate.intervarsity.org/donate#17.

By Steve Tamayo
Reading the Bible with a Diverse Community

Each of us wears cultural lenses. Our culture lenses shape our worldview, our relationships, our behavior … even the way we read the Bible.