Racial Reconciliation Is Not a Cause | InterVarsity
Skip to main content

Racial Reconciliation Is Not a Cause 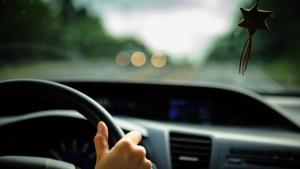 I had just walked into Chipotle when one of my Asian American colleagues pulled me aside. “What you said this morning hurt my feelings, and it felt really insensitive and a bit microaggressive toward Asians,” she said. I apologized with my lips, but my heart was furious. I knew this woman when she was a student and had been fighting for racial reconciliation since before she was in college. How dare she accuse me of being racist!

Luckily, I had a long drive home. And as I drove, I realized that my thoughts and inner voice had come from a White-centric point of view that didn’t leave space for a person to disagree, especially a person who was Asian American. My words had very much been racist.

Through our prayer meetings, I began to realize that racism was not something that happened out there; it was something that started in my own heart. As we shared, I saw that I had preconceived notions about people that were wrong and racist. And not only was I part of the problem; my friends experienced racist comments and actions daily, even though we were at Emory, which is a liberal institution. God showed me that year that racial reconciliation isn’t a cause; rather it is the only way to follow him in community.

Hearing the Pain o​f Others

When we start to love people in authentic ways, we begin to see their pain and heartache. We see how our broken world treats people of various ethnicities and classes differently. Developing authentic relationships with people makes the pain real instead of a cause you tweet about. When someone you love is hurting, that pain becomes real and the injustice that causes that pain becomes worth fighting against.

Several years ago, as part of my role as a Greek InterVarsity staff minister at the University of Georgia (UGA), I met an Asian American woman who was in an Asian American sorority. Over her four years on campus she became my sister. Throughout her tenure at UGA, she would share how she was treated at stores, tell me heartbreaking stories of kids in high school making fun of her for her lunches, and explain to me how she felt like an outsider and, most devastatingly, how others would dismiss her pain. I watched as people both treated her differently and asked her to be different to fit into the predominantly White world that makes up UGA’s Greek system.

When you develop genuine, mutual friendships with people of ethnicities and cultures different from yours, you start to see the world the way they do, and their pain becomes your pain. You discover that racial reconciliation isn’t just a cause to fight for on the weekends or a protest to join and post about on Facebook. It is a commitment to make sure every person is heard and loved and treated as someone made in God’s image. It is a way to address every instance of injustice, hurt feelings, and pain in order to mend God’s community, so that we truly become the bride of Christ.

The Heart of the Matter

But when you become friends with people of different ethnicities, you also must recognize your own sin.

I am from South Carolina originally. My family moved to Saudi Arabia when I was young, so I had friends from all over the world. I spent my formative years traveling and experiencing cultures that were unique and beautiful, so I thought I was immune to the racism that plagues my part of the U.S.

What I’ve learned is that my openness to being friends with, and even dating, people of different ethnicities did not make me immune to racism, because I still supported a system that allowed me to prevail on the backs of others. A system that I chose to ignore.

I don’t remember the exact conversation or experience that led me to really recognize my own racism. But as my community became more diverse in college, I started to realize how often I discounted the opinions of my friends of color when I hadn’t experienced the same thing they were talking about. As friends brought up hurtful comments, unfair statistics, and devastating events, I started to realize that my liberal elitism that said I was not part of the problem was a lie. The more I gained trust with these friends, the more I saw that I lived in a different world than them. In my world, every door was open; in theirs, many were closed.

The truth was that I was part of the problem. I was in fact racist.

When I hear my friends, colleagues, and students share about painful experiences and comments, I realize that I have in fact said similar comments and participated in structures that create hurtful experiences. It is a fact that I continually have to name and repent of today. When a Black male friend tells me that people see him as dangerous, I remember all the times I have been scared and crossed the street when I’ve seen a Black man. When my friends who are Black women are questioned about how they got into their university, I remember how I have wondered who got in on affirmative action, not realizing how racist it is to assume someone doesn’t belong. When my Asian friends cry because someone has made fun of their culture through costumes, I remember when I have dressed up for parties in ways that reduce a culture to demeaning symbols. When a Hispanic friend cries over someone assuming that they are an illegal alien and shares how that term cuts to the heart of the fact that people don’t want Hispanic immigrants around, I think about the ways that I have not welcomed the stranger. But mostly, when I hear my friends’ stories, I realize how often I cowardly hide my head in the sand.

As a White woman, I can choose when I want to fight for racial reconciliation. I can wear the term “White ally” as a badge of honor and discard it when I am too tired. I can expect my friends of color to fight battles on their own and then question why they are angry. I can enter into conversations as someone who has always had the world made for her and then demand that a friend of color make the sacrifice of explaining their culture. My ignorance and cowardliness allow me to move freely in this racist world—until I am in relationship with and care about friends who represent the breadth of God’s people.

It was only after knowing and loving friends who are ethnically different from me that I realized when Jesus said, “Love your neighbor,” he meant that I have to love their ethnicity and their culture and have to fight for their voice and for them to have justice. Only then did I understand that the command Abram was given to be “a blessing to the nations” means that part of being a blessing is seeing how God loves our ethnicity and our culture. Being a blessing to nations goes hand in hand with racial reconciliation. Only then did I understand Genesis 1 and the truth of all of us being made in the image of God. I cannot hide behind the cause of racial reconciliation; instead I have to do my part daily in the messy work of bringing shalom to the broken community I’m part of.

Unfortunately, the more people I’ve become friends with, the more often I get into conversations like the one I had in Chipotle. I want to pretend that because I’ve studied White privilege, prayed with a diverse community, and been in places and contexts where I was the “other,” I have finished the journey and am now completely not racist. But the reality is that the dark stain of racism still affects my thoughts, my words, and my actions. And the more diverse my community, the more I realize my sin.

When my friend and colleague showed me grace by addressing my racism in Chipotle, I was hurt, because I had once again forgotten that this isn’t a cause but rather a journey I will be traveling on until God’s kingdom is fully realized. I will continue to post about racial reconciliation, and I will attend demonstrations and public town hall meetings. However, I still constantly have to be reminded to hear my friends’ pain and address the racism in my own heart first.

Embrace
God's call to the church is to love not just those who are easy to love, but also those we would rather avoid or ignore.
Login