Reflections from an Enneagram Nine: Learning to Face Conflict and Take Action 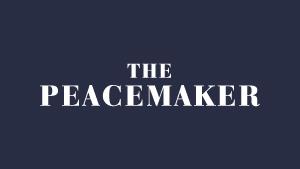 The first time I heard about the Enneagram was in my parents’ living room about eight years ago. My mom, a Four, had recently become a little obsessed and printed off descriptions of every number. She thought she had me pegged as a Two. Or maybe a Nine. (As an aside, you’re not supposed to type other people; figuring out your Enneagram space is a personal process. I’ve heard an Enneagram instructor even suggest trying on a number like an outfit; wear it around for a while and see how it fits. If it’s a little wonky, try on another one. She herself wore around the Two for a whole year before settling in as a Four.) Even though you should let people discover their number on their own, it’s hard not to at least wonder what your offspring might be, so my mom handed me the description of a Two.

As I read it over I could see parts of myself. I’m caring and kind and generous, I thought. Yeah, this could be my number. Then she handed me a description of a Nine, and a sentence into reading it I knew I’d found my Enneagram home: the Peacemaker. It’s not that I couldn’t see myself in the description of a Two anymore (in fact, Nines often have a hard time figuring out what number they are because they can easily see themselves in every number—and Twos in particular have some very similar qualities), but the Nine struck a deep chord.

The Beauty of Nines

Calm, content, even-tempered, and most of all, conflict avoidant, the Nine fit me. As Nines, we come across as easygoing, but it takes a lot of energy to maintain that calm exterior. We work hard to keep our inner peace by putting up barriers that both protect us from the storms threatening us from the outside world and that also keep upsetting thoughts and feelings from bubbling up inside of us, particularly anger. As such, we prefer to let life take its course and we will do whatever we can to keep the boat from rocking. The most telltale marker of this is the Nine’s desire to avoid conflict at all cost, fearing that any clash may put our relationships and our sense of peace at risk. We like to be comfortable, physically and emotionally. In other words, Nines are hobbits and happy to be so.

There are wonderful things about being a Nine. In Alice Fryling’s book Mirror for the Soul, she reflects that Nines remind us that God is peaceful. Nines have the potential to be great mediators and listeners, seeing both sides of an issue, and also bringing a calming presence to the people around us. We love easily and are slow to judge others, preferring to allow people the freedom to get where they’re going at their own pace. Sounds pretty great, right? (At least, as a Nine, this sounds pretty great to me!)

I know it’s true of myself that I am quick to listen and slow to judge. I’m easy to get along with and have been told many times in my life that I’m a good and empathetic listener. I put people at ease and help them feel heard. I also know how to be diplomatic, and when two people are heated, I can easily phrase points of view in such a way as to keep hackles from rising. I have found, particularly with complex family dynamics, that this can be a great gift to those around me. It’s also exhausting, however, because I would much prefer that we all just get along all the time.

The Ugliness of Nines

Which leads me to the fact that those same things that are so lovable about being a Nine are also our weaknesses. As Ian Morgan Cron and Suzanne Stabile explain in their book, The Road Back to You, “Any number’s blight is merely a distortion of that number’s blessing.” A Nine’s besetting sin is sloth, which reveals itself in myriad ways. Nines can ignore, or even stomp down, our own dreams, desires, and opinions, fearing that to do otherwise might risk conflict with the people we love (what if their desires come up against our own?). We also procrastinate in making decisions and completing tasks by distracting ourselves with just about anything else, most often with things that take the least effort and offer us the most comfort. Nines (at least the average and unhealthy ones) are not fully engaged with life; we are out of touch with our emotions, particularly anger, that might force us to acknowledge our desires and tap into the drive we need to achieve them.

I remember that when I was a little girl I once needed to ask some adults in my life to tell me adjectives that describe me for a school project. I don’t remember every word I was given, but I do remember one: space cadet. It came from a neighbor friend, and it wasn’t very flattering, which is probably why it sticks out in my head, but it was also true. And still is. My family lovingly calls my moments of daydreaming “talking to the fairies.” Spacing out is how I’ve always coped with life; it’s easier to withdraw into my own mind than to confront whatever is overwhelming me.

My fear of conflict has even become paralyzing at times. Things that other people would see as insignificant I turn into huge roadblocks, fearing that confronting the issue would put my relationship with another person at risk. And for the past year or two, the world at large has been full of conflict, not to mention my own life. It’s been hard for this Nine to stay awake and engaged when there is potential for confrontation around every corner. I have a hard time keeping my foot on the gas pedal of life when it’s so much easier for me to put on cruise control.

That is all a hard pill for me to swallow. I know that God has given me unique gifts, not just as a Nine, but as me, Katie. I know I have a tendency to ignore those gifts because it gives me the impression of peace. But really it’s coasting. In The Road Back to You, Cron and Stabile say, “The absence of conflict is not the presence of peace, which requires work and risk.” Allowing myself, or even more, allowing God to awaken dreams and opinions and ambitions in me is a real challenge—one that I feel ready to move into when I’m healthy, but when I’m not, I get stuck in my own inertia.

On the other hand, in terms of how I relate to God, the Nines have a unique advantage. Christianity is filled with mystery—mystery that sometimes seems paradoxical. I have always been okay with paradox; I can hold it in each hand and easily say, “Both of these things are true,” without hesitation and with wonder, seeing it from all sides and every angle. This comes from my God-given nature as a Nine.

Finding My True Self

I am still coming to fully understand all my Nine-ness—how it has shaped me and how I can move into my “true self” (as the Enneagram teaches). The Enneagram is a tool to move you forward, not a destination at which to land. I recognize my tendency to sit in my inertia, and my distractibility from the task at hand when I do attempt to get things done. I also know that, irony of all ironies, I have lost at least one friendship because of my inability to handle confrontation. I’m still on the path to real peacefulness—both naming and working toward my desires and truly facing conflict when it arises. It’s hard, and I’m no expert, but the Enneagram has helped me face parts of myself I am not sure I could even name before.

One passion that I have tapped into is my love of reading. It could certainly aid and abet my slothfulness—what could be better for a Nine than sitting on the couch and drifting into the real or imagined lives of other people? But instead it’s propelled me into some creative pursuits that push me out of my comfort zone. Two years ago I started a YouTube channel where I talk about books, and I have a similar account on Instagram. Both platforms give me an opportunity to work my creative muscles, talk about something I love, and even face some conflict head on (How do I handle it when someone hates a book I’ve recommended? How do I respond when someone leaves me a nasty comment on one of my videos?).

I didn’t start talking about books on a public platform in order to lean into those aspects of being a Nine that need reconciling, but that has been the biggest benefit of doing so. I’ve pursued something that I love with intentionality and drive, a feat in its own right, and I’ve been challenged to be forthright with my opinions, which often brings about conflict, albeit mostly on a small scale and sometimes only imagined. Still, those are real achievements for a Nine—especially this Nine!

It would be a lie to say that I have come to a place of complete health. I slip and slide around the healthy and unhealthy spectrum of Nine-ness. And I definitely still fear conflict most of the time. But I also recognize the gift of being a Nine; it does have its perks. Being introduced to the Enneagram has helped me to better understand myself, appreciate the gifts that Nines bring to the kingdom of God and my relationship with the Lord and with those around me, and begin facing and working through my sloth and conflict avoidance. I have far to go, but I don’t feel like I’m journeying blind, either.

Read our intro about the Enneagram!

By Lisa Rieck
Welcome to the Enneagram: A Tool for Transformation

What is the Enneagram? Join us at the blog over the next nine weeks to get a little taste of this helpful tool.

By Carrie Carey
Reflections from an Enneagram Eight: Learning to Be Vulnerable

As I’ve learned more about Eights I’ve realized that they are generally self-confident, confrontational, strong, assertive, honest (sometimes brutally), and decisive people. When I read that description now I feel like it pretty accurately describes me.

Mirror for the Soul

Spiritual director (and former InterVarsity staff member) Alice Fryling introduces the Enneagram with questions and meditations to lead you into deeper self-awareness. You'll learn how you can experience God's love more abundantly and extend God's grace to others more fully.

The Road Back to You
Ignorance is bliss—except in self-awareness. Ian Morgan Cron and Suzanne Stabile share their Enneagram wisdom and help you grow in knowledge of yourself, compassion for others, and love for God.
Login