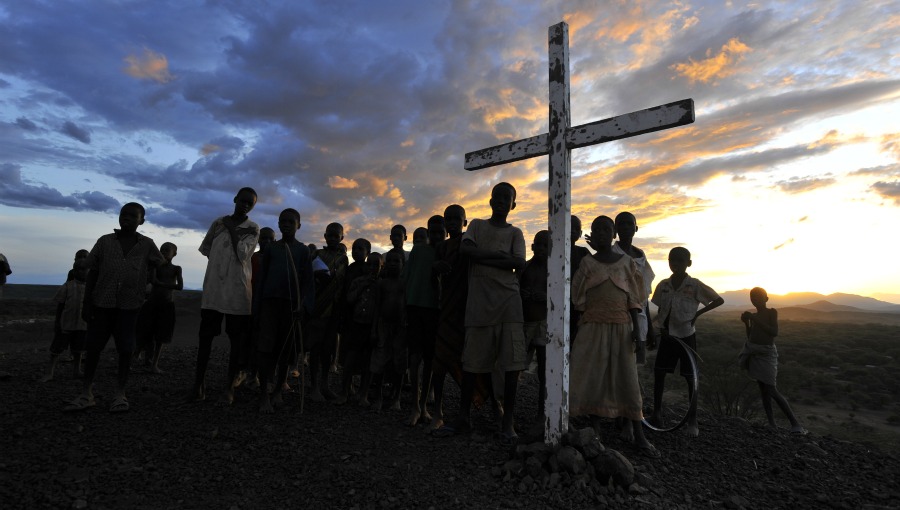 This Easter, we rejoice in something the world finds ridiculous. We celebrate the resurrection of a human being who spent days dead in a tomb. Of course, everyone knows dead people stay dead, say today’s intelligentsia. Modern science has proved it! The miraculous claims of religious faith—so goes the enlightened view—cannot be reconciled with modern scientific knowledge.

As a result, the beliefs of Christians, perhaps especially those on college campuses, are marginalized, sidelined, and even treated with hostility by those who feel superior to Christians who claim that a supernatural God is engaged in human affairs.

Of course, we believe that the Christian faith is reasonable, rational, and capable of explaining humanity and the world we live in. In fact, we believe our faith provides a better explanation for the human experience than scientific materialism.

We Invest in the Losers

Yet, we believe in a God who has chosen to work through and among the things the world despises as foolish. It is these “foolish” things that tend to change the world.

In some of the places where World Vision works, caring for the poor is considered foolish. The children we work with are losers, the critics say. They just don’t matter. If you care about children why not invest in the winners instead of the losers?

The entire ministry of World Vision around the world is based on the idea of investing in the losers. Are we crazy? Why bother to feed a child that will die of malaria before his fifth birthday? Why give a loan to a widow in Africa who is dying of AIDS? Why bother to educate children in the middle of the Congo where war and violence will likely take their lives?

I can hear the voices of the skeptics telling all of us at World Vision that we are fools to invest so much in the losers in our world. The same may be true for those who share this foolish Gospel with students on campuses across the U.S. Students may find themselves thought of as fools by professors who scoff at the idea of devout Christian faith.

But what these skeptics don’t understand is that we serve a God who has always taken up so-called foolish causes. Our God is the God of the mustard seed, the lost sheep and the widow’s mite. Our God is a God who went to the cross and died for the least and the lost.

“The message of the cross is foolish to those who are headed for destruction!” writes Paul. “But we who are being saved know it is the very power of God. As the Scriptures say, ‘I will destroy the wisdom of the wise and discard the intelligence of the intelligent.’” (1 Corinthians 1:18-19)

When we look at the story of Abraham and Moses, King David or Mary, even Jesus and the disciples, we see that God judges by a different standard. What the world sees as foolish—such as a stubborn belief in the impossible resurrection of the dead—God recognizes as wisdom.

Time after time God chose ordinary people. Not the strongest, the smartest, the wealthiest, the best educated or the most powerful. Every time He did not choose the person who had much to offer, but rather the person who was willing to obey.

And God uses  your obedience to the gospel, your sacrifice before God as witnesses to “Christ the power of God and the wisdom of God,” as Paul said. “For the foolishness of God is wiser than human wisdom, and the weakness of God is stronger than human strength.”

Rich Stearns is the president of World Vision U.S. and the author of The Hole in Our Gospel. This Lent, InterVarsity partnered with World Vision ACT:S on the ReLentless ACT:S campaign to take steps in practicing sacrifice and following Jesus.

Thanks for the message and

Thanks for the message and the reminder of God's wisdom compared to the world's wisdom. My wife and I are going to Thailand for a year (maybe longer) to teach English this May. We definitely do not feel like we are well qualified to go, but we are willing and excited about the journey ahead. The message was very encouraging- thanks!