The Road to Justice: King and Community | InterVarsity
Skip to main content

The Road to Justice: King and Community 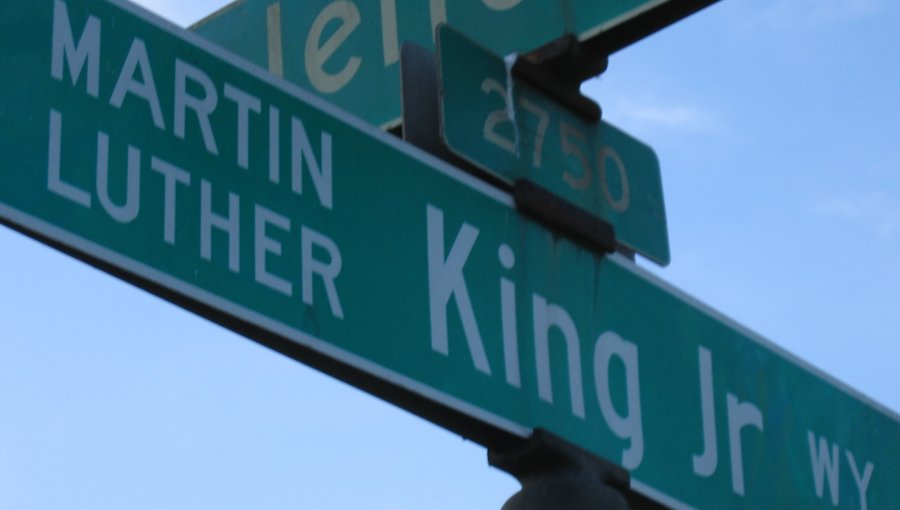 In January at our blog, we’ve been looking at spiritual practices that can open us to the Holy Spirit’s sanctifying work in our lives. Today, we remember one of the greatest leaders ever born, Martin Luther King Jr. The power of his influence, however, didn’t come from his own strength. He engaged in spiritual practices that were then used by God to empower him to effect change in the course of history.

A new book from InterVarsity Press, Just Spirituality by Mae Elise Cannon (available in February), profiles seven world changers and the spiritual disciplines that God used to shape, sustain, and empower them. She offers a unique look at King and the integral role that community played in his preaching and leadership.

In his book Becoming King: Martin Luther King, Jr. and the Making of a National Leader, Troy Jackson asserts King experienced a life-changing transformation during his time in community in Montgomery, Alabama. He arrived prepared to pastor Dexter Avenue Baptist Church, but by the time he left to return to Atlanta, “his faith had moved from an intellectual theory to a heartfelt belief. No longer was King’s call to ministry only understood as a way to contribute to society. Now ministry was about leading a community to trust in the power, justice, and righteousness of God even when evil seemed to triumph” [p. 180]. . . .

The determination and courage of the men and women of Montgomery not only launched the bus boycott movement in 1955. Their sacrifice and investment in overturning the unjust system of segregation was, in many ways, the spark that launched the civil rights movement. King was greatly influenced by the leadership and resolute conviction of others to directly engage in nonviolent activism to overturn discriminatory laws and practices. This context served as an incubator for King’s formation as an activist preacher and leader. . . . King would not have been who he came to be if it were not for the formational power of his community experiences in Montgomery, Alabama.

King himself acknowledged the significant role others had played in shaping his call and ministry. He once preached: “Help me, O God, to see that I’m just a symbol of a movement. . . . Help me to realize that I’m where I am because of the forces of history and because of the fifty thousand Negroes of Alabama who will never get their names in the papers and in the headline” [Becoming King, p. xi]. He noted, “a boycott would have taken place in Montgomery, Alabama, if I had never come to Alabama” [Becoming King, p. 157]. The foot soldiers of the movement were mobilized before King even arrived on the scene. . . . Jackson rightly asserts: “King took the lessons of Montgomery with him, as their courage, activism, and sacrifice prepared him for the many battles that awaited him. In the crucible of Montgomery, Martin Luther King Jr. was becoming King the civil rights leader” [Becoming King, p. 7]. . . .

King’s image of the beloved community should serve as a model for Christian communities today. . . . Richard Foster claims Christian community is one of the “major weapons” in the global battle against injustice. “When I speak of ‘Christian community,’ I am referring not just to the work of churches, and certainly not churches as they are often manifest today,” Foster writes. “I am speaking of an alternative way of living that shows forth social life as it is meant to be lived. Communities of love and acceptance. Fellowships of freedom and liberation. Centers of hope and vision. Societies of nurture and accountability. Little pockets of life and light so stunning that a watching world will declare, ‘See how they love one another!’” [Streams of Living Water, p. 174].

In our witnessing communities on campus and in our churches, may we follow the road of Martin Luther King Jr. and the beloved community that shaped him in Montgomery, Alabama, by engaging in real, messy, courageous, faith-empowered, justice-seeking, reconciling community—the kind that changes the path of history.

Lisa Rieck is a writer and copyeditor on InterVarsity’s communications team. She worked at InterVarsity Press for over nine years as a proofreader and Bible study editor (and, as it were, resident limerick-writer). She is continually inspired by the beauty of the sky and loves good conversation with family and friends over steaming-hot beverages.

Multiethnicity Is Worth the Effort

The Journey to Racial Reconciliation Is Not Over