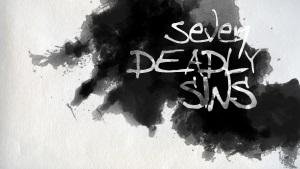 Suddenly, in my mind, I’m tearing my coworker apart limb from limb. How could she get the recognition that I rightfully deserved? How could I be so overlooked? One piece at a time, I was picking her apart to prove that I was better than her and that I deserved what she had gotten.

This was the moment when I realized that pride was a problem in my life.

I Become Greater, You Become Less

C. S. Lewis in Mere Christianity defines pride as competition. Lewis writes, “Now what you want to get clear is that Pride is essentially competitive—is competitive by its very nature—while other vices are competitive only, so to speak, by accident. Pride gets no pleasure out of having something, only out of having more of it than the next man. We say that people are proud of being rich, or clever, or good-looking, but they are not. They are proud of being richer, or cleverer, or better-looking than others.”

Pride is competition to the point that we strip others of any worth in order to promote ourselves. This can be an outward action or an inward action. Either way, it’s a very destructive behavior for both people involved. So what do we do about it?

Lewis writes, “If anyone would like to acquire humility, I can, I think, tell him the first step. The first step is to realize that one is proud. And a biggish step, too. At least, nothing whatever can be done before it. If you think you are not conceited, it means you are very conceited indeed.”

I was disturbed by the reality that I had taken a person I considered a friend and reduced them to as little as possible. I wanted to understand why that had happened and what it was in me that caused that reaction. The Lord revealed to me that my pride was the problem, and that I needed to confess my pride and allow him to work in my heart.

How can you identify pride in your life?

If you sense this kind of reaction in your life, then you need to ask the Lord to help you put others before yourself.

Once confessed, pride has to be humbled. And that happens, in part, through our own choices.

In 1 Peter 5:6 and in James 4:10, we are instructed to humble ourselves before the Lord. We have to choose to do that, though—to remember that he is far greater than us and superior to us. Lewis states: “In God you come up against something which is in every respect immeasurably superior to yourself. Unless you know God as that—and, therefore, know yourself as nothing in comparison—you do not know God at all.” We make a choice to condemn pride by choosing to be humble.

In all this, Philippians 2:5-8 can be a helpful reminder:

Have this mind among yourselves, which is yours in Christ Jesus, who, though he was in the form of God, did not count equality with God a thing to be grasped, but emptied himself, by taking the form of a servant, being born in the likeness of men. And being found in human form, he humbled himself by becoming obedient to the point of death, even death on a cross.

This passage is like a slap in the face to pride. If God was willing to take on a lower, human form, and pay the price for our sin, then what do we have to be proud about?

I’m taking the first step by admitting that I’m prideful, and I’m choosing today to humble myself. I hope that you will hear the Lord about where you stand and what you should do.

Evagrius, a fourth-century monk, created a list of eight common sins to help people be aware of them and guard against them. Pope Gregory I reduced the list to seven in the sixth century, providing us with what we now commonly refer to as the seven deadly sins: sloth, anger, envy, pride, lust, gluttony, and avarice/greed (Michael Mangis, Signature Sins). This is the third post in our series on these seven sins, explaining what they are, how they affect our relationship with God and others, and how we can move past them.

Andrea is the Executive Assistant for Collegiate Ministries at InterVarsity, as well as a graduate student at Dallas Baptist University.

I Have Written A Poem On

I Have Written A Poem On Pride And Was Wondering If i Could Post It Here As Well as Other GoD Related Poems. Have A Wonderful day